Oil dives over 3 percent, near lowest in a year after Fed hikes rates 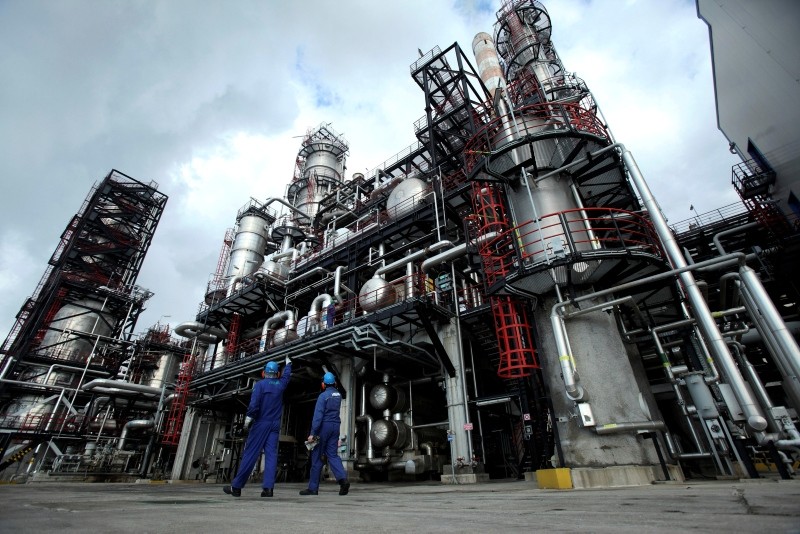 Oil prices fell about 3 percent on Thursday, heading back towards their lowest levels for more than a year on worries about oversupply and the outlook for energy demand as stock markets tumbled following a U.S. interest rate rise.

Stock markets dropped worldwide after the U.S. Federal Reserve raised rates and kept most of its guidance for additional hikes over the next two years, dashing investor hopes for a more dovish policy outlook.

Both major oil futures contracts rallied sharply on Wednesday but are now at or close to their lowest levels for over 14 months, more than 30 percent below multi-year highs reached at the beginning of October.

"Investors quickly moved their attention to deteriorating fundamentals in the oil markets including more signs of slowing economic growth next year, record production and the lack of confidence with OPEC's pledge to curb production."

The Organization of the Petroleum Exporting Countries and other oil producers including Russia agreed this month to curb output by 1.2 million barrels per day (bpd) in an attempt to drain tanks and boost prices.

But the cuts will not happen until next month and production has been at or near record highs in the United States, Russia and Saudi Arabia.

Saudi Energy Minister Khalid al-Falih said he expected global oil stocks to fall by the end of the first quarter, but added that the market remained vulnerable to political and economic factors as well as speculation.

Technical analysis showed U.S. oil may retest support at $45.94 per barrel, a break below which could cause a loss to $44.43, Reuters market analyst Wang Tao said.

U.S. crude inventories fell by 497,000 barrels in the week to Dec. 14, the U.S. Energy Information Administration said, smaller than the decrease of 2.4 million barrels analysts had expected.

Distillate stockpiles, which include diesel and heating oil, dropped by 4.2 million barrels, the EIA said, versus expectations of a 573,000-barrel increase.

Distillate demand rose to the highest since January 2003, which bolstered buying, particularly in heating oil futures, the market's proxy for diesel.