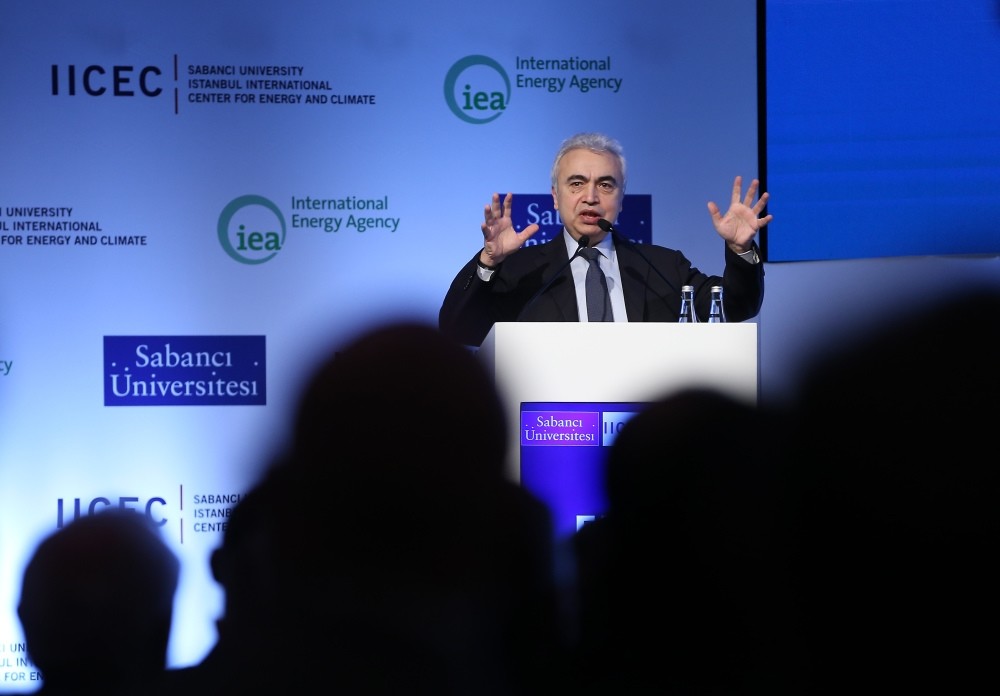 Observing mixed signals about the pace and direction of changes in the global energy outlook, the International Energy Agency predicts that volatility in oil markets will continue in the future, while significant transformations in the energy sector are imminent in the next couple of decades

There have been huge fluctuations in oil markets in 2018, with the price of Brent crude peaking at $86 per barrel in October and slumping to $54.64 yesterday. Even the decision of the oil cartel, the Organization of the Petroleum Exporting Countries (OPEC), and Russia to cut output by 1.2 million barrels per day at the last meeting in Vienna two weeks ago, has not helped prices recover to a desired level of stability.

At the Turkey launch of the World Energy Outlook, the reference guide for global energy investors and policymakers, organized by Sabancı University's Istanbul International Center for Energy and Climate (IICEC), International Energy Agency (IEA) Executive Director Fatih Birol said that oil markets are entering an era of unprecedented volatility, which has become the motto of this year's market trends. "The volatility in oil prices will be the talk of the town for a while," he said. Birol cited two main reasons for the period of renewed uncertainty and volatility in oil prices – the increased role of geopolitics in global energy prices and the immense glut of supply from U.S. shale oil have also transformed the supply and demand balance for oil prices.

The IEA head also stressed that decisions by OPEC no longer significantly impact oil prices, referring to the continued drop in prices after the last OPEC meeting on Dec. 6. Although the oil cartel and Russia agreed to cut supply, the output increase in the U.S. dominated a downward movement in prices.

China to be largest gas importer 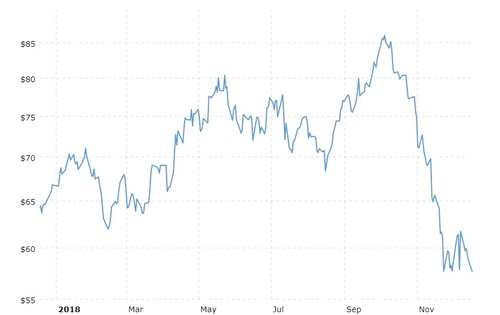 Elaborating on gas market trends, Birol emphasized that the world's second largest economy, China, will be the largest gas importer in the world, surpassing Japan. "We will soon observe the China-affect, which took place 10 years ago, in the gas market," he said.

Because China is committed to cleaning its air, a policy declared by the Communist Party, the country aims to gradually decrease the share of coal in energy generation and expand the share of gas.

While the EU was the second largest gas consumer in 2000, it is expected to be fifth by 2040, following Africa, the IEA head said about gas trends.

"The transforming geography of global energy indicates that investments will flow into high-demand countries," he added.

In reference to developments in the liquefied natural gas (LNG) sector, Birol said that more than 100 billion cubic meters of gas production capacity was shown by the three leading LNG producers; the U.S., Qatar and Australia. The capacity of these countries will increase by 60 percent in the next five years, he added.

Outlining the historical development of the LNG market, he said that only five countries imported LNG in the early 2000s, but by the end of the year, the number rose to 49. Citing an advantage in LNG trade, Birol said that gas trade by pipelines is always contingent on various developments, particularly geopolitical risks. Also, LNG importers have the upper hand in gas trade with contractors selling gas through pipelines.

In 2017, for the first time the number of people with no access to electricity across the world, which was usually hovering around 2 billion, dropped to 1 billion, Birol said in his presentation. The improvement in the numbers, he remarked, was possible thanks to the energy policies of India, which enabled hundreds of millions to have access to electricity. In light of the developmenst in the Indian market, Birol emphasized that the role of government decisions and policies will continue to have an important impact on the energy market.

"Energy investments around the world on average hover around $2 billion per year. When we say investments, we tend to think of private sector investments. However, government-backed investments make up 70 percent of annual energy investments; the rest is projects that are devised as reactions to prices," Birol explained. It is vital that governments across the world make correct and well-designed decisions because one of the biggest problems in energy now is the direct relationship between geopolitics and energy, he added.

The financial structure of the energy sector needs revision

Founding president and chair of the board of trustees of Sabancı University, Güler Sabancı assessed developments in the Turkish energy sector over the last 16 years at the presentation. "Serious efforts from the public and private sectors have expanded the energy sector, which is very strategic for Turkey. To meet the growing energy demands, more than $100 billion have so far been invested in electricity and natural gas, and the country's power generation capacity has tripled in the last 16 years," Sabancı said.

She stressed the need to revise and restructure the financial design of the sector. Citing recent regulations that have increased competitiveness in the energy market, Sabancı underscored the importance of instituting financial sustainability for more efficient operation in the sector.