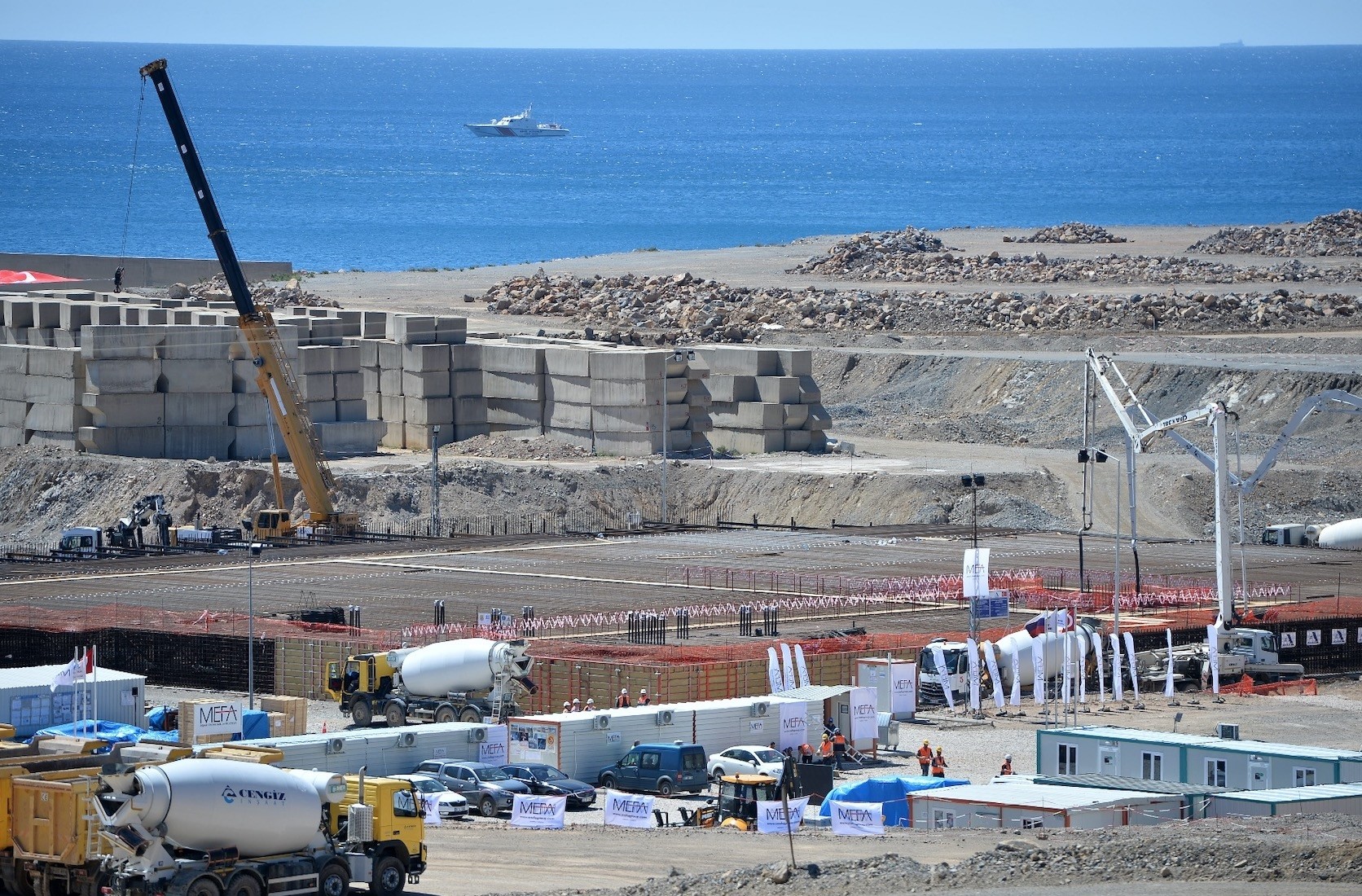 The Russian giant Rosatom started the construction of the Akkuyu Nuclear Power Plant in April 2018. The pressure base for the first reactor completed manufacturing on Feb. 8, 2019.
by Daily Sabah Feb 11, 2019 12:15 am

The Russian contractor of Turkey's first nuclear power plant Akkuyu, located in the Mediterranean province of Mersin, was reported to be currently in talks with a leading Turkish contractor IC İçtaş. The two sides are close to reaching a final agreement according to a report in the Habertürk newspaper.

For a while, the Russian giant has been looking for a Turkish partner, but the efforts have been inconclusive so far. In June 2017, the Turkish consortium Cengiz-Kalyon-Kolin signed an agreement with Rosatom to acquire 49 percent of the Akkuyu nuclear power plant. However, the consortium announced in February 2018 their withdrawal from the project.

Rosatom was also reported to be planning to move its Turkish headquarters to Mersin. The company is currently based in the capital province of Ankara, where around 320 Turkish and Russian employees work.

Construction of the plant began in April 2018 with a grand ceremony attended by President Recep Tayyip Erdoğan and Russian President Vladimir Putin. The plant has an operational date set for the first reactor by 2023, while the plant is expected to be up and running at full capacity by 2025. Turkish and Russian energy authorities continuously discuss the project to make it start operation on time.

IC İçtaş is an experienced Turkish contractor, having delivered a number of infrastructure and energy projects both at home and abroad. The company undertook the construction of the third bridge on the Bosporus, Yavuz Sultan Selim, and the Northern Marmara Highway. The company also constructed infrastructure projects in Russia and built the St. Petersburg Western High Speed Diameter (WHSD) project. It has important public private partnerships (PPP) in Russia and has a strategic importance in St. Petersburg city's transport system.