Turkey to put $23 million toward TurkStream land section in 2019 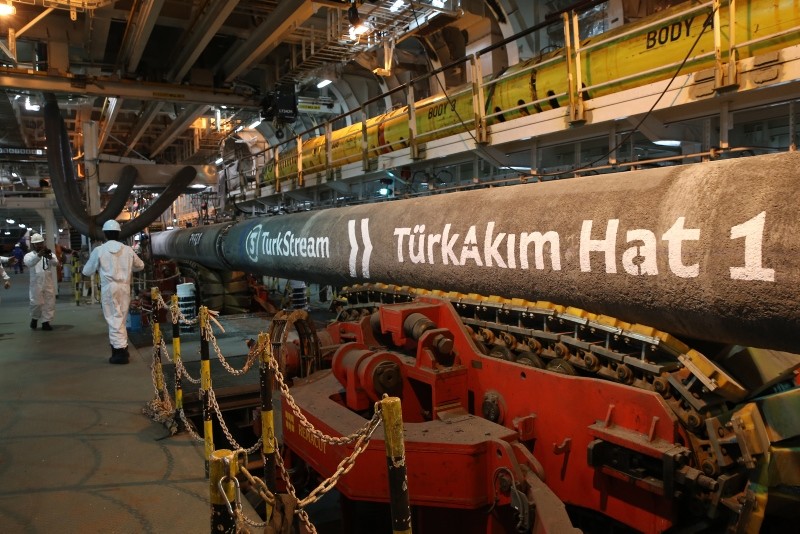 Turkey plans to invest 122 million Turkish liras in 2019, equivalent to around $23 million, for the land section of the TurkStream natural gas pipeline on Turkish soil, according to the government's 2019 investment plan released Monday.

According to the official announcement, the Turkish government will spend a total of TL 217.91 million for the project on Turkish soil.

In 2018, the country invested around TL 95.91 million for the project, and this year aims to invest another TL 122 million.

The TurkStream project is an export gas pipeline consisting of two 930-kilometer lines each with a capacity to carry 15.75 billion cubic meters of natural gas, which is planned to be fully operational by the end of 2019. The pipelines cross beneath the Black Sea from Russia to Turkey and further extend to the latter's borders with neighboring European countries.

TurkStream's first line is intended for gas supplies to the Turkish market, while the second will supply gas to south and southeastern Europe.

The second line is expected to route from Turkey through Bulgaria, then Serbia, Hungary and Slovakia.

On the occasion of completing the sea part of the project, a ceremony in Istanbul was held in mid-November with the participation of President Recep Tayyip Erdoğan and Russian President Vladimir Putin.

The Russian president has previously stated that the TurkStream gas pipeline is set to become fully operational by the end of 2019.