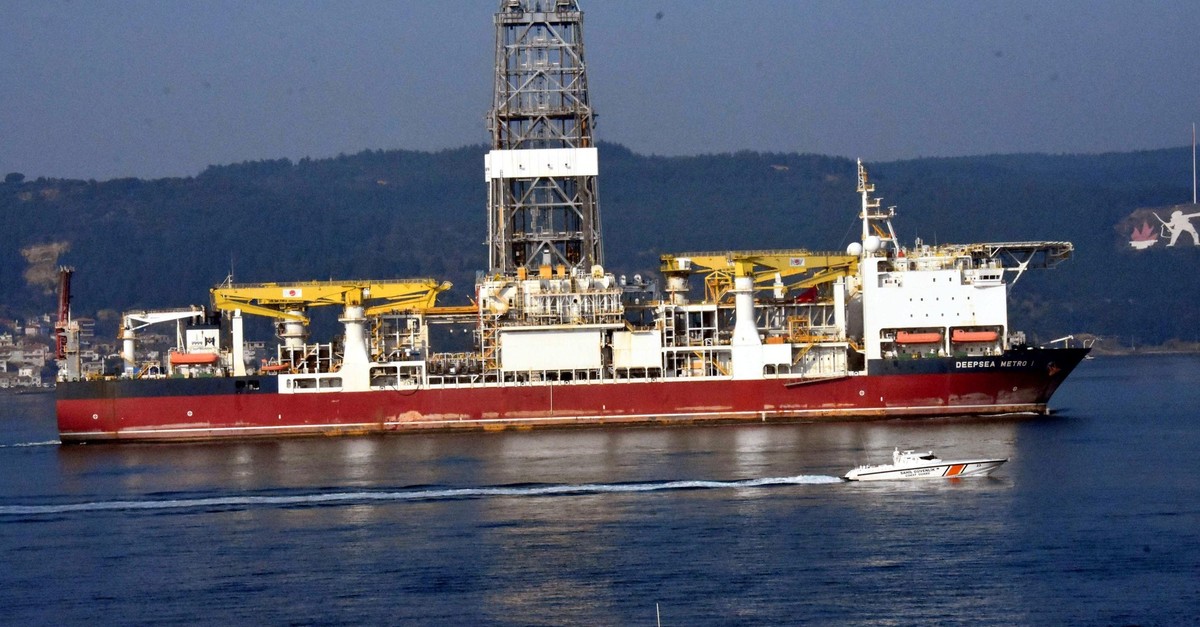 The state-owned oil company Turkish Petroleum has bought its second drilling vessel at a cost of $262.5 million in order to expand exploration and drilling operations in the seas surrounding Turkey as part of the national energy and mining strategy launched in April 2017.

The Deepsea Metro-1, the name of the drillship, sailed off at Algeciras Port in Spain and headed toward a shipyard in Yalova in the Marmara region for maintenance and renovation and to prepare for drilling operations. Turkey's new drilling vessel is capable of drilling wells with a depth of 10,000 feet.

With a length of 229 meters, the vessel has a weight of 21,283 gross tons and passed through Çanakkale (Dardanelles) Strait on Friday morning. The first domestically manufactured warship TCG Heybeliada and the boats of the coastal guard accompanied the new drillship during its passage through the strait.

The country's seismic vessel Barbaros Hayreddin has been conducting surveys in the Eastern Mediterranean since 2013 after Turkey signed an agreement with the Turkish Cypriot government that gives the first exploration rights for 30 years in 2011. Its first drillship, Fatih, also started operations with deep-sea well-drilling in October 2018 off Alanya, a district in the Mediterranean province of Antalya. Later, Turkey also started shallow well-drilling in Mersin, another Mediterranean province.