US to lead oil output growth, no major demand rise on horizon 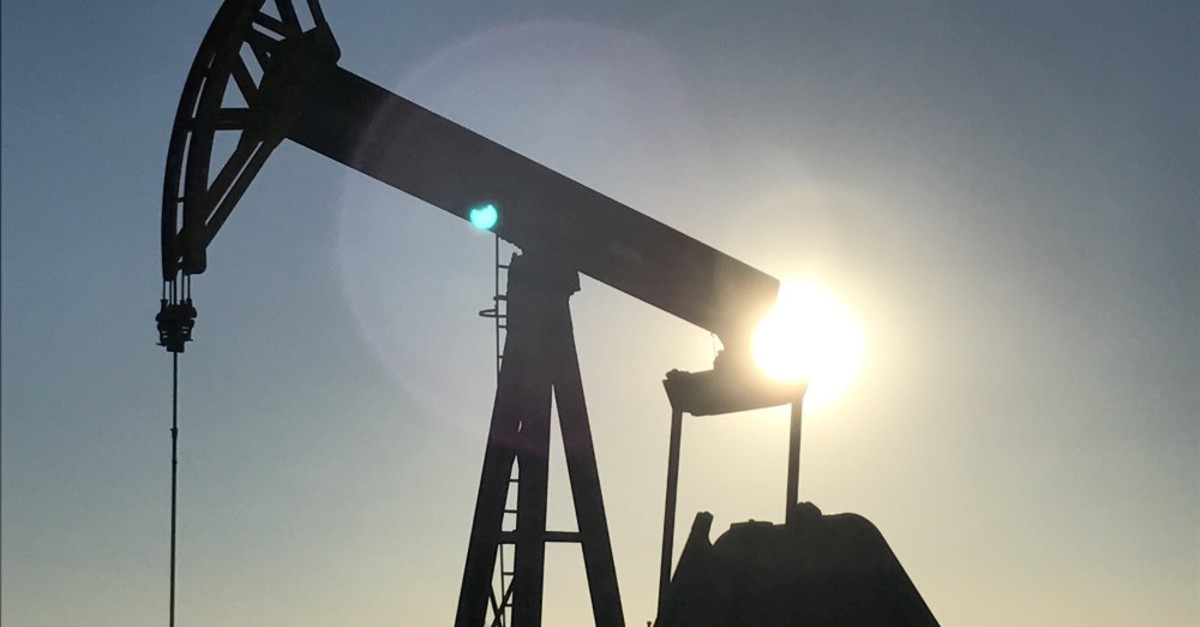 While the impact of geopolitical risks has been a hot topic for energy industry leaders in the last couple of years, U.S. investors have enjoyed a surge in output and exports with a helping hand from OPEC

Global oil markets are undergoing an extraordinary change and the U.S. will be leading the change in the five-year period to come. The International Energy Agency's (IEA) global oil market forecast 2019, launched during the world's top energy meeting CERAWeek by IHS Markit on Monday, pointed out the downward revisions of global growth, fed by weaker economic sentiment in many countries, particularly China. The Chinese government lowered its growth forecast to 6 percent from 6.5 percent in 2019 last week and the country posted the lowest gross domestic product (GDP) expansion in the last 28 years at 6.6 percent last year.

On the supply side, global oil output will climb by 5.9 million barrels per day by 2024, but the rise in the production this year will be constrained due to U.S. sanctions on Iran and Venezuela and is forecast at 200,000 barrels per day this year, the IEA report said.

The IEA report underscored a powerful transformation in the oil market last year when U.S. became the world's top oil producer. Total liquids production increased by a record 2.2 million barrels per day and forecast that the country will account for 70 percent of the increase in global oil output until 2024 with an addition of 4 million barrels per day.

"The second phase of the U.S. shale revolution is coming," IEA Executive Director Fatih Birol said. "In the first phase, the U.S. has managed to reduce imports and now in the second phase it will become a net exporter."

According to IEA estimates, the U.S. will become a net oil exporter in 2021 as a result of its strong oil production growth. Toward the end of the five-year period to 2024, U.S. gross exports will hit 9 million barrels per day, the IEA stated in its Oil 2019 report.

With regards to the global ranking of the U.S. in oil exports, Birol said, "In three years' time, the U.S. will take over Russia in export volume and in a five-year period, it will catch up with Saudi Arabia." This outstanding development has been possible because of the shale revolution of the last decade.

Moreover, important contributions to the global oil supply will also come from countries like Brazil, Canada, Norway and Guyana, which will add 2.6 million barrels per day in the next five years.

In 2018, the U.S. was not only the number one oil producing country last year, Birol emphasized, the world's largest economy also overtook China in oil consumption for the first time. The oil demand in the U.S. is particularly driven by petrochemical industry and vehicles, and strong economic growth, Birol explained.

In the longer term, the report said, security of supply is linked to upstream investment.

"Preliminary investment plans by major international oil companies indicate that upstream investment is set to rise in 2019 for the third straight year. For the first time since the 2015 downturn, investment in conventional assets could increase faster than for the shale industry," it added.

In a broad evaluation of the current situation in the markets, Birol repeatedly highlighted the growing role of geopolitics in the oil dynamics.

"Geopolitical concerns are casting an increasing shadow on the oil markets today and tomorrow," he said.

The IEA executive director did not name the source of geopolitical risks affecting the oil markets. However, it is already apparent from the IEA report that Iran sanctions, the ongoing Venezuelan conundrum, the continuous uncertainty in Libya and any imminent terror threats from extremist terror groups that could disrupt the market any time.

In a joint session on the oil market dialogue on Monday with Mohammed Barkindo, secretary-general of the Organization of the Petroleum Exporting Countries (OPEC), Fatih Birol again said geopolitics is one of the two fundamental risks to the energy markets.

"Energy discussions have never been so shadowed by geopolitical discussions in the last 40 years," he said.

The opening session of the CERAWeek, which kicked off on Monday in Houston and will run until Friday, also highlighted the fundamental geopolitical tensions looming over the global energy markets. The session entitled "Geopolitical Dialogue" outlined all the geopolitical hot spots in the world and their possible repercussions on the energy market equilibrium, including Syria, Iran, Russia, North Korea and China.

While hopes are a little higher when it comes to U.S.-China trade talks, Michael Green, vice president for Asia and Japan at the Center for Strategic and International Studies (CSIS) emphasized the complexities of the U.S.-North Korea dialogue.

Speaking of the alliance between Russia and China, Green also pointed out the major philosophical and ideological differences.

"Russia is a declining power that prepares to be extremely disruptive and China is a rising power revisionist in its neighborhood and is trying to achieve what the U.S. in the western hemisphere and Germany did in central Europe," he said. "So, the great difference in worldviews will keep them from being allies in the way we think of it."

Green highlighted that both China and Russia are more bounded by ideology and geopolitics in the long run and this could wake up the Russians to what China represents to the Far East.

"Right now they are aligning and it is a problem for us," he remarked.

OPEC: Investments anywhere else lag behind USIn its December ministerial meeting, the oil cartel OPEC decided to scrap supply by 1.2 million barrels per day in a move to keep prices buoyant for buyers. The surging U.S. output, having exceeded Saudi Arabia and Russia with an output of more than 12 million barrels per day, has compelled OPEC to reduce its market share while boosting U.S. production.

"U.S. shale producers have significantly benefited from the OPEC decision to cut supplies and keep the prices auspicious," OPEC Secretary-General Barkindo said at the oil market dialogue session at CERAWeek.

"We initiated a valuable dialogue with the U.S. shale producers two years ago in the midst of the last cycle and we agreed to continue the dialogue because we broke barriers," Barkindo noted.

OPEC in April will talk about the supply-demand balance and will continue cutting output. OPEC and Russia – known as the OPEC+ alliance – will meet in Vienna on April 17-18, with another gathering scheduled for June 25-26.

The OPEC secretary-general later drew attention to a significant imbalance in investments, which plays in the favor of U.S. output.

"While energy industry investments in the U.S. have soared in the last decade, we do not see the same momentum of investments anywhere else in the world," Barkindo said.

While the participation of industry financiers are relatively high in this year's CERAWeek, the two big OPEC nations Saudi Arabia and Kuwait made no appearance at the event.

On the first day of the week-long event, OPEC officials met U.S. shale investors behind closed doors. The meeting, although not highly emphasized, is deemed important for OPEC producers struggling to finance their investments, since the meeting was attended by the figures of major American finance institutions.