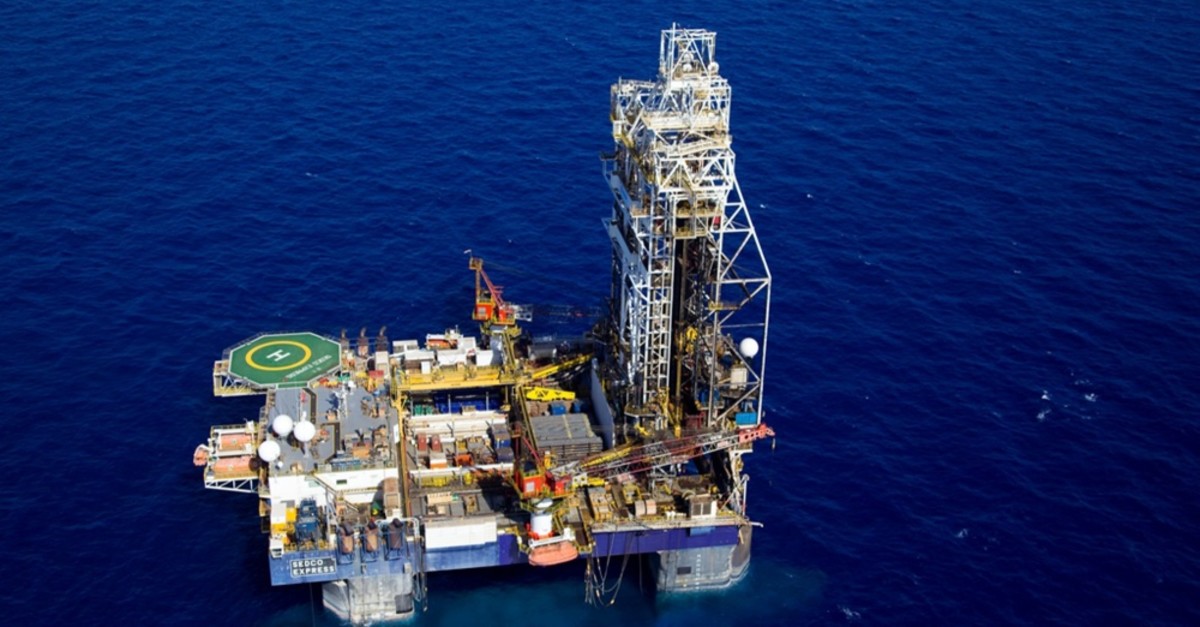 Supporters of Eastern Mediterranean gas pipeline are finding it difficult to sustain concordance on a plan to commercially exploit the resources, bogged down with never-ending debates shadowed by highly ambitious agendas and increased competition from the U.S. gas output

Copious resources pouring from the U.S. and African countries like Cameroon and Mozambique with tighter competition to find buyer markets are transforming global gas markets. While producers elsewhere in the world are already reaping the benefits of exports, the players in the Eastern Mediterranean that announced multiple discoveries in the last decade and began modest production – mainly serving their respective domestic markets – are still far from accomplishing any decent economically viable projects to join other big producers.

The ambitious project to carry Eastern Mediterranean gas to European markets – dubbed EastMed – via a 2,200-kilometer-long pipeline that passes under the sea base of the islands of Cyprus and Crete while connecting to Europe in Greece. Although Israel, the Greek Cypriot administration and Greece signed a $7 billion deal, hopes to realize the project are getting dimmer as the internal dynamics among regional countries are more in the spotlight.

One of the sessions at this year's CERAWeek by IHS Markit, a top energy conference bringing together dignitaries and business leaders in global energy in Houston, had a discussion of Eastern Mediterranean gas with the participation of Egyptian Minister of Petroleum and Mineral Resources Tarek El-Molla, Israeli Energy Minister Yuval Steinitz, Greek Environment and Energy Minister George Stathakis and the Greek Cypriot Administration's Energy, Commerce and Industry Minister Yiorgos Lakkotrypis. The session, titled Eastern Mediterranean Gas Renaissance, aimed to promote an alliance among the four parties. Yet it clearly indicated that EastMed has only been a "renaissance" dream from which regional states are waking as Egypt voices its own ambitions and keeps silent about this expensive pipeline project.

While Israeli Energy Minister Steinitz ambitiously declared that one EastMed will not be enough and a second pipeline will be necessary in the years to come, citing 70 billion cubic feet of gas discoveries in the region since 2009, Egyptian Minister El-Molla never said a word about the EastMed project during the session at the CERAWEEK. This intentional silence is a significant indicator of discordance, the lack of a common understanding of the export options. Indeed, Tarek El-Molla told a Greek Cypriot News Agency that he opposes the transportation of gas from the East Mediterranean to Europe via the EastMed pipeline.

The reason for El-Molla's silence on the EastMed pipeline was Egypt's ambitious plans to insert itself as a regional player for gas exports, which have been stalled by the EastMed project, long overdue for around two years. With a strong emphasis on Egypt's plans, the minister said: "I would say there are many options for the Eastern Mediterranean. However, we believe that Egypt is the best choice both economically and politically. Existing facilities and infrastructure for LNG [liquefied natural gas] processing and storage provide Egypt with a competitive advantage, as each existing facility will cost about $10 billion to be realized."

Intensifying efforts to boost its own interest in the region, Egypt is already working on different pipeline projects with Israel and the Greek Cypriot administration, bypassing the years-long EastMed dream. On Wednesday, the Greek Cypriot administration's energy minister announced that Egypt and his administration "are finalizing a commercial agreement to optimize the gas in the Aphrodite [field]." In February, an agreement was inked between the two sides for the construction of a short pipeline. Gas from Aphrodite will be delivered to Egypt's LNG terminals, either Idku or Damietta, and after liquefaction at these terminals, the aim is to ship the LNG to Europe.

Although Greek Cypriots and Egyptians are planning a costly way to deliver gas to markets, LNG supply glut is a worldwide phenomenon with the entrance of new players like U.S. and old gamers increasing their output capacities like Qatar and Australia. Therefore, the cost of extracting gas from Aphrodite still remains a question, as the production of gas from reserves is not a cheap business. On top of the production costs of the humble reserves in the Aphrodite field, the pipeline construction and liquefaction costs make it harder to offer gas at competitive prices. The gas field was discovered in 2011 by U.S. company Noble Energy on Block 12 of the Greek Cypriot administration's unilaterally declared exclusive economic zone (EEZ) and is estimated to have about 128 billion cubic meters of gas.

Egypt is also working with Israel for a second underwater gas pipeline to import gas from Israel's Leviathan field, which will soon start producing gas as platform jackets were placed in February. Discovered in 2010, Leviathan is Israel's largest gas field –estimated to contain around 450 billion cubic meters of gas. Although Egypt has the largest gas field in the region – Zohr with gas reserves of around 850 billion cubic meters – it signed a $15 billion gas export agreement with Israel in February 2018 because the reserves in Zohr alone are not enough to serve its ambition to become a gas hub. The deal raised critical voices in Egypt where opponents of the projects questioned buying gas from Israel as the plans to lower dependency on imported resources continue.

Shareholders in the offshore gas fields Tamar and Leviathan have stated that they will supply the Egyptian private sector company Dolphin Holdings with about 64 billion cubic meters of gas for 10 years as part of the deal. The Egyptian parliament paved the way for this huge gas deal with Israel by approving a bill submitted by Abdel-Fattah el-Sissi's government in July 2017. This bill allows private sector companies to import and trade natural gas in the domestic market.

Israel also aims to use Egypt's two LNG terminals Idku and Damietta with a total capacity of 12.2 million tons per year (mtpa), corresponding to 586 billion cubic feet per year (16.5 billion cubic meters), according to the U.S. Energy Information Administration (EIA). One of the reasons why Israel wants to use Egypt's terminals can be explained in economic terms since building an LNG terminal is expensive with a cost of $1,000 to $1,500 per ton. To build an efficiently working facility with a capacity of 10 million tons per year, around $15 billion should be spared.

In addition to economic costs, Israel is known for its unwillingness to build such terminals due to security reasons because the vulnerable infrastructure would fall in the range of missile attacks either from Hamas in Gaza or Hezbollah in Lebanon. In fact, the country's existing onshore gas and condensate receiving terminal located in Ashdod. The gas produced inthe Tamar gas field reaches onshore at Ashdod terminal. It provides fuel for 60 percent of Israel's electricity generation. The engineering building of this critical energy infrastructure was previously hit by three Hamas missiles in 2017, fortunatel,y no casualties occurred.

Meanwhile, Egypt's terminals almost remained idle until 2016 and operated under their nameplate capacity due to decreasing demand. Aware of its need to expand facilities and storage capacities, Egypt claims that the existing facilities can be expanded.

It came as a total surprise for the audience that Turkey, a major gas market in Europe and the Mediterranean, enjoys a highly advanced infrastructure combined with a diverse pipeline network and four LNG facilities along with continuously expanding gas storage capacity, was never mentioned at the CERAWEEK Eastern Mediterranean session.

The country has been taking concrete steps to become a natural gas trading hub in the region with the diversification of resources, strengthening storage capacity and establishing a spot natural gas trading system to ensure a daily reference pricing mechanism under its Energy Stock Exchange (EPİAŞ). In September 2018, EPİAŞ launched a gas stock exchange that is currently used by an increasing number of natural gas traders as well as Turkey's Petroleum Pipeline Corporation Company (BOTAŞ) to supply natural gas to balance the transmission system. This evolving platform also offers a daily reference price for the gas market.

According to the fifth edition of the gas hubs benchmarking study released in November 2018 by the European Federation of Energy Traders (EFET), Turkey has a better hub score than Portugal, Ukraine, Bulgaria and Romania – which are all member of the European Union or Energy Community.

Turkey is the biggest market in the Mediterranean along with Egypt, delivering the Mediterranean gas to the Turkish market presents re-export options for its Mediterranean neighbors to reach European buyers thanks to two Turkish interconnectors to Greece and Bulgaria. However, this option – a lucrative business model not only for Turkey, but all the stakeholders in the Mediterranean – was not publicly discussed, but whispered among different energy circles during CERAWeek as well as most the industrial meetings.

When it comes to Turkey, political ambitions cloud economic gains, experts talking to Daily Sabah on the sidelines of CERAWeek suggested. "Everybody knows the most realistic option for Eastern Mediterranean gas to reach Europe is Turkey," the expert went on to say, "Positioning Turkey as a simple transit country would be a zero-sum game for all sides." The global gas markets continuously evolve with new business models brought by expanding spot LNG trade, heating up the competition in a buyers market. The volume of spot LNG traded globally rose to 26 percent from 13 percent in the last decade and it has been openly mentioned during CERAWEEK that its share will continue to expand by 5 percent until 2030. Another private sector official also stressed that Turkey is the best option for the resources in Israel's field to be delivered to Europe.

Currently, Turkey operates four LNG terminals – two of them are floating storage and regasification units (FSRU) and the remaining two are land facilities. The LNG terminal in Marmara Ereğlisi, located 120 kilometers west of Istanbul in the northern Marmara Sea, currently operates with a capacity of 5.9 million tons. The terminal is capable of compressing 8 billion cubic meters per year. Another land terminal is located in the industrial Aliağa district of the Aegean province of İzmir with a capacity of 4.4 million tons of LNG. The İzmir terminal operated by Egegaz has a regasification and compression capacity for 6 billion cubic meters per year.

Turkey's first FSRU began operating in December 2016 in Aliağa and is capable of supplying 5.3 billion cubic meters gas per year, regasifying more than 12 percent of Turkey's annual gas demand. A consortium consisting of Kolin and Kalyon contracting companies, Etki Liman operates the terminal. The second FSRU operated by BOTAŞ was commissioned in January 2018 in the Dörtyol district of southeastern Turkey's Hatay province on the Mediterranean coast. It has a storage capacity of 263,000 cubic meters – the largest in the world. The unit has around 20 million cubic meters of daily output capacity.

Particularly in 2018, Turkey's dependency on pipeline gas saw a dramatic decrease to 77.5 percent from 88 percent in 2017. On the other hand, the share of LNG in gas imports rose to 22.5 percent with 11.3 billion cubic meters. Turkey's total nameplate capacity for LNG is now 42.7 billion cubic meters of gas per year, corresponding to nearly 90 percent of gas imports last year.