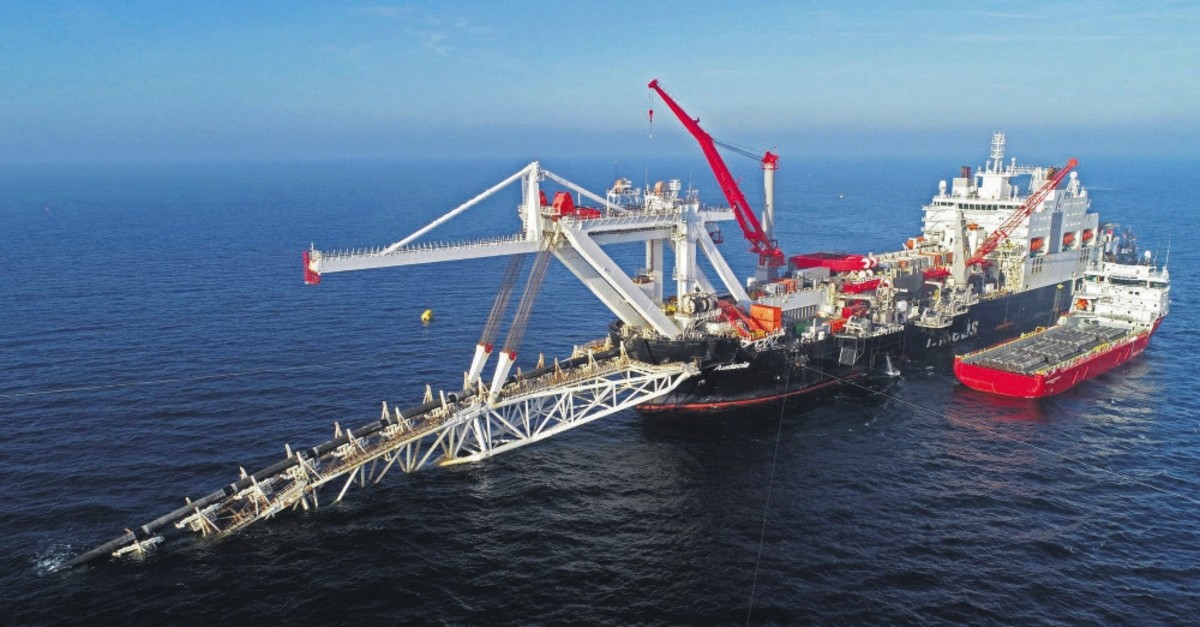 The growing tension between the U.S. and Germany over the Nord Stream 2 pipeline that will increase the volume of Russian gas flowing into Europe continues to undermine the trans-Atlantic alliance

The dominance of Russian gas in the markets of U.S. allies across the Atlantic has recently exacerbated tensions between the two sides because of another pipeline project coming from Russia to Europe, passing through the Baltic countries, including Finland, Sweden and Denmark, and reaching Germany at Greifswald in the north.

This 1,200 kilometer-long pipeline, Nord Stream 2, will bypass the traditional route through Ukraine and deliver 55 billion cubic meters of gas to Europe per year. Since 2012 when the project started, opponents in the European Union – particularly France and Poland – and the U.S. have seen the project as another Russian attempt to increase political influence in Europe and isolate Ukraine.

The rising tension recently burst out in the American energy capital Houston during a session entitled European Energy Security Dialogue, at CERAWeek by IHS Markit. Debates in the session, attended by Germany Ambassador to the U.S. Emily Haber, U.S. Deputy Energy Secretary Dan Brouillette and Polish Deputy Energy Minister Tomasz Dabrowski, once again unraveled the cracks in the trans-Atlantic alliance when it comes to energy and Russian dominance as a supplier.

The most obvious discord portrayed the inability of both sides to come to a common understanding with regards to the rationale of the project. Germany claims that Nord Stream 2 is a purely commercial project that will double the volume of Russian gas flowing to its northern shore on the Black Sea. However, as far as the U.S. and some European nations are concerned, it is merely a political tool to extend Russian influence over Europe.

The debate indeed started with a reference to Russia's annexation of Crimea in 2014 and the clashes between Russia and Ukraine in the Kerch Strait, a move in the European Union to delay Nord Stream 2 through a gas directive. "We cannot ignore Russia's annexation of Crimea and what is happening in Ukraine if we are to talk about European gas security," Dan Brouilette said at the beginning.

Emily Haber later acknowledged that the Nord Stream project has become political since Russia invaded eastern Ukraine and annexed Crimea. Yet, she fiercely defended Germany's claim that the project first and foremost is an economic one.

"This focus on Nord Stream – I find it totally out of proportion," Haber said at the zenith of a tense exchange with American and Polish panelists during the CERAWeek session. She went on to support his argument and said: "It [Nord Stream 2] was not pursued by the state. It was pursued by companies, and it had economic advantages because that's what companies like," she added.

U.S. Deputy Energy Secretary Brouillette rebuffed the German ambassador's claim and drew attention to the fact that the Russian partner of the project, Gazprom, is state controlled and claimed that the company initiated the project at the behest of Moscow. "This is not purely a private project for the development of energy," he said, adding: "And so what are the motives for doing that? If it's a government-driven exercise, you have to look at geopolitics and the particular governments involved."

In a separate interview on Tuesday during CERAWeek, U.S. Secretary of State Mike Pompeo also argued that Germany is giving money to the Russians, while others [European countries] are defending them.

Secretary Pompeo also elaborated on the perils of Russian gas dominance in Europe in his keynote address. "It [Russia] deprived Ukraine of the possibility of developing gas resources for itself and using its pipelines and its networks to bring energy to its own people. Rather, it uses those pipelines to put pressure – political pressure – on the people of Ukraine," he explained in detail. Remarks by Pompeo and Brouillette demonstrate fierce opposition from the U.S. to the project and its endeavors to find supporters like Poland and increase its gas imports to the bloc.

In response to German Ambassador Haber's claim that energy security relies on having multiple routes and developed infrastructure rather than the source of gas, Polish Deputy Energy Minister Dabrowski said, "If we have a lot of infrastructure, but we know that the gas is coming from the same place, in fact, it does not change anything. We are still dependent on one supply." He also noted that Poland and Lithuania are working on an interconnection known as the Poland-Lithuania natural gas pipeline. Dabrowski claimed that by providing access to various gas supply opportunities in European gas markets, the pipeline would reduce the dependence of the Baltic States on Russia as the only gas provider.

To mitigate the tension in the session, IHS Markit Senior Vice President Carlos Pascual intervened in the discussion, assuming his previous role as a diplomat. A former U.S. Ambassador to Mexico and Ukraine, he urged the panelists to consider the possibility that Nord Stream is at its heart both a commercial and political project. He also noted that Ukraine would face pressure from liquefied natural gas (LNG) imports into Europe. Pascual also drew attention to the importance of keeping transatlantic consensus toward Russia to deal with its behavior in Ukraine.

The issue of Russian dominance in the gas market in Europe is certainly not new. The Southern Gas Corridor project, which aims to deliver Caspian gas to Europe via Turkey, was certainly favored by American diplomats who lobbied for the project. Furthermore, reducing Russian dominance in the European gas market has been a bipartisan policy. In November 2018, the U.S. House of Representatives passed a bipartisan resolution opposing Nord Stream 2. The nonbinding resolution calls on European governments to reject the pipeline and expresses support for U.S. sanctions on entities involved with the project.

Aiming to exploit its LNG resources both as a commercial tool and foreign policy instrument, the U.S. has ramped up its gas exports to Europe. Since July 25, 2018, when European Commission President Jean-Claude Juncker and U.S. President Donald Trump agreed to strengthen EU-U.S. strategic cooperation including in the area of energy, EU imports of LNG from the U.S. have increased by 181 percent at 7.9 billion cubic meters, the European Commission said this week. The U.S. accounted for 12 percent of the EU's total LNG imports over the last six months, while it was only 2.3 percent before the joint statement of Juncker and Trump. In January, EU imports of U.S. LNG from the U.S. were 1.3 billion cubic meters, up from 102 million cubic meters compared to the same month in 2018. In February 2019 total U.S. LNG imports amounted to 600 million cubic meters.

Meanwhile, in the first half of 2018, Russian gas exports to the European Union accounted for 40.6 percent of total gas imports by the bloc, making the country the largest supplier in that period, Eurostat data shows.