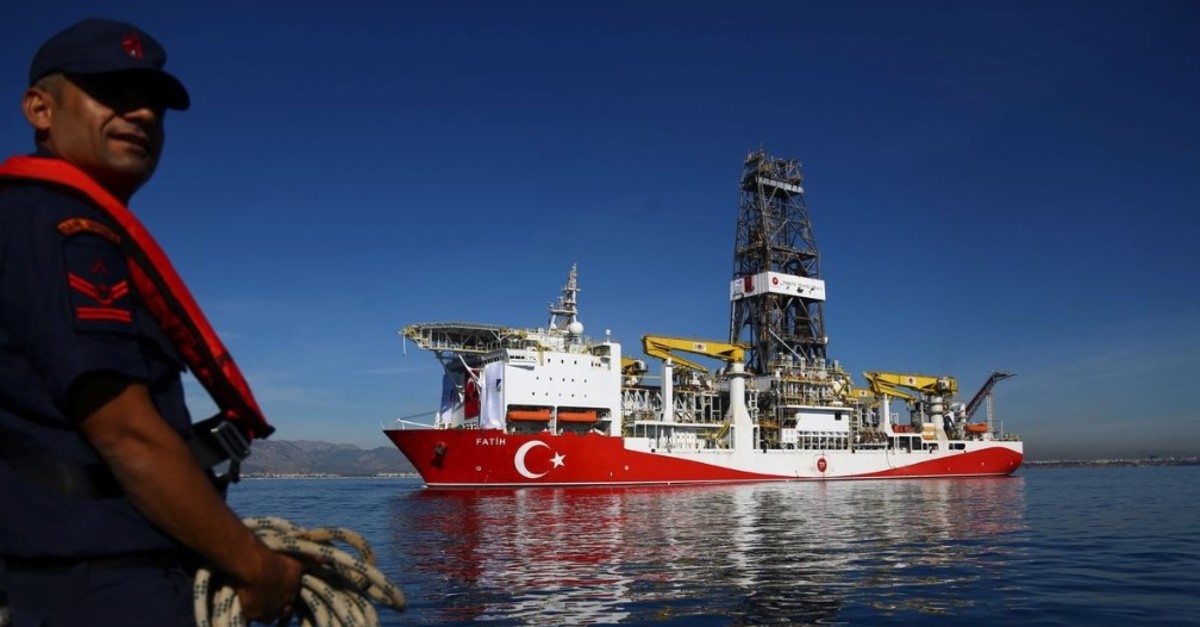 Having carried out various cooperation with international oil firms in the past, Turkey is open to new partnerships for oil and gas exploration in the Mediterranean and Black Sea

Turkey's current partnerships with international companies for oil and gas exploration in the Mediterranean and the Black Sea will continue, according to Energy and Natural Resources Minister Fatih Dönmez, who said the country is open to new cooperation in both seas, particularly in terms of oilfield services. There might be various international collaborations in Turkey's hydrocarbon exploration activities, Dönmez told Anadolu Agency's Editors' Desk yesterday, recalling that there used to be a number of cooperative activities in the Black Sea with international companies and today they are in talks with some of those companies.

In line with the contract, Schlumberger is providing project management services for Fatih and coordinating multiple product lines. In late September, TP also awarded Houston-based Rowan Companies a two-well contract in the Mediterranean with an estimated duration of 100-140 days.

Efforts to reinforce Turkey's position in the Mediterranean as a key energy player accelerated last year with the launch of the country's first drilling vessel that started operating in late October 2018. Turkey started its first deep sea drilling with its first drilling vessel Fatih off Alanya, a district in the Mediterranean province of Antalya in October, to perform up to four drillings per year. Seismic explorations are also ongoing in the Black Sea. The 229-meter Fatih is capable of drilling to a maximum depth of 12,192 meters.

Speaking of the drilling off Alanya, Energy and Natural Resources Minister Dönmez said: "We can say that we are now at the last corner. By the end of March, we will have reached a depth of 6,000 meters. Some technical tests are required in the last stage. We are at a point that requires more careful, slower work."

Minister Dönmez yesterday noted that they have started drilling a second well off the coast of the Mediterranean town of Adana after Mersin, adding they intend to reach about 4,500 meters in drilling depth. "These operations take about four to five months. Our goal is to make four drillings per year with two vessels," he added.

Committed to expanding operations, state-run oil company Turkish Petroleum also bought a second drillship, which arrived in a shipyard in the northern Marmara province of Yalova for maintenance and renovation last month. After maintenance and renovation work, the drillship, which was named Yavuz, will sail off for the Mediterranean to embark on well-drilling operations.

A twin of Fatih, the sixth-generation drillship Yavuz was bought for $262.5 million and has a length of 229 meters and a weight of 21,283 gross tons.

Barbaros Hayrettin Paşa, Turkey's first seismic vessel, was bought from Norway in 2013 and has been conducting surveys in the Mediterranean since April 2017. MTA Oruç Reis was built by Turkish engineers at a local shipyard in Istanbul and has been in operation since late June 2017.

On the other hand, efforts are underway to expand Turkey's energy exchange market and attract more actors from European countries, Dönmez said. He noted that gas pipeline projects like the Trans-Anatolian Natural Gas Pipeline Project (TANAP) and TurkStream would not only ensure Turkey's gas supply security and diversity, but would also play a big role in covering those of Europe.

"Thanks to the new pipelines, Turkey has become the region's energy trade hub. Works are ongoing not only to increase the number of pipelines, but also to expand the energy exchange market," he said, adding he also expects the involvement of European players.

TANAP, which carries Azerbaijani gas to Turkey, is the longest part of the Southern Gas Corridor (SGC), which is set to connect to Europe through the Trans Adriatic Pipeline (TAP). TAP will transport 10 billion cubic meters of Azeri gas per year to southeast Europe. TAP, which is the European leg of the corridor, is currently under construction and completion is expected by 2020. The TurkStream pipeline, on the other hand, will carry Russian gas to Turkey and Europe and will have a total throughput capacity of 31.5 billion cubic meters. The first line, which will serve Turkey, will have a capacity of 15.75 billion cubic meters. The second line, which will have the same capacity, will provide gas to Europe via Turkey. Completion of the first line, a 69-kilometer-long (43-mile) land section, is expected late this year, with first gas expected to flow shortly after.