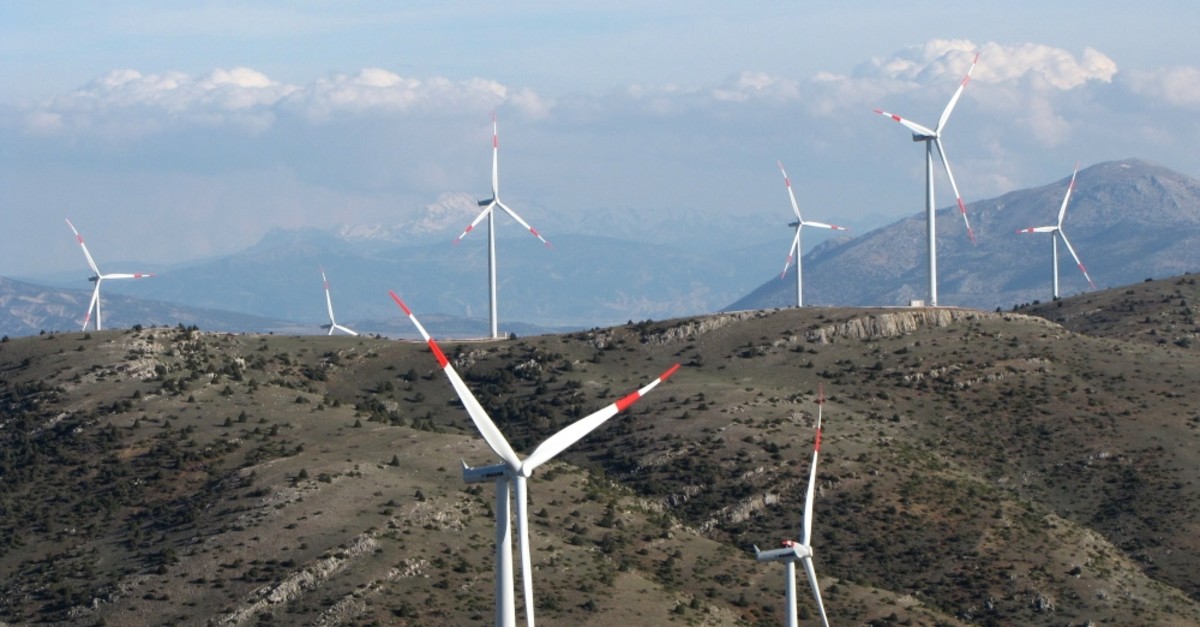 After it comes into operation, Qatari Energy Bank will target private sector and government energy projects, such as renewable energy, oil and gas and petrochemicals projects, both in Qatar and abroad.
by Daily Sabah with AA Mar 28, 2019 10:21 pm

Energy projects to be implemented in Turkey will also be able to get loans from the Qatari Energy Bank, the world's largest Islamic energy-focused lender, due to be set up later this year, according to the CEO of the Qatar Financial Center

After the announcement that Qatar will be launching the world's largest Islamic energy-focused lender in the world and would finance both domestic and global energy projects, a Qatari executive yesterday said Turkish energy projects will also be able to receive funding from the institution. "Turkey is one of the pipeline countries. Turkish energy projects can and will be able to get loans from this financial institution," Qatar Financial Center (QFC) CEO Yousuf Mohamed Al-Jaida told Anadolu Agency (AA) on the sidelines of the 8th Uludağ Economy Summit last weekend. Executives said last week the energy-focused Islamic lender would be launched later this year with a targeted capital of $10 billion and would target private sector and government energy projects, such as financing oil and gas, petrochemicals and renewable energy projects, both in Qatar and abroad.

Al-Jaida said the bank would make loans for large energy projects in energy-rich countries such as Kazakhstan, Uzbekistan, the Caucasian countries, Russia and Sudan through syndication. All energy types such as alternative energy, oil, gas and petrochemicals are included, he explained.

To be established under the QFC, the Energy Bank already has authorized capital of $10 billion and paid-in capital of $2.5 billion, he said.

Touting Qatar as an energy hub, Al-Jaida said: "We're the biggest LNG [liquefied natural gas] exporter in the world and have massive reserves... But we don't have a specialized financial institution in that lucrative sector." He noted that the bank is a private sector initiative - not backed by the government.

Friends in bad times as well as good times, Turkey and Qatar have developed relations rapidly in various fields over the past few years. The strategic relationship at the economic, political and military levels and intensive bilateral visits at all levels have added a major impetus to bilateral relations.

Fraternal ties between the two allies gained significant momentum, particularly after the start of the Gulf crisis and the failed coup attempt in the summer of 2016, during which Turkey and Qatar strongly supported each other.

In June 2017, a handful of Arab states, led by Saudi Arabia, abruptly severed diplomatic relations with Qatar and imposed a blockade on the tiny Gulf country, accusing it of supporting terrorism. The Qatari government denied the accusation, blasting the blockade as unjustified and a violation of international law.

Amid the rift, Turkey provided increased support to Qatar, boosting food and other exports to meet any shortages. Trade between the two countries saw a significant rise in this period, while the two countries also agreed on various projects for the coming period.

Trade between Qatar and Turkey surged nearly 60 percent last year compared to 2017, according to the Turkish Statistical Institute (TurkStat). Bilateral trade between the two countries reached more than $1.4 billion in 2018, up from $913 million a year earlier, according to TurkStat.

"These relations will continue; they are becoming more strategic every day. Relations are very, very healthy," he said.

Explaining how last August Qatar pledged $15 billion in investment in Turkey, Al-Jaida said nearly 40 percent of this has already been realized. "Up to now, $3 billion of this figure was realized as cash investment, $3 billion was provided through Swap agreements. That is, about 35-40 percent of the investment budget has been completed. We're constantly talking with Turkish officials in various fields and sectors on how to make the rest of the investments," he said.

Al-Jaida added that Qatar is keen to cooperate in financial services, real estate and defense. "Those are the three most prominent sectors. Having said that, we're also looking at retail, food and agriculture as secondary fields of importance between our countries," he noted.

Visiting Qatar earlier this month, Turkish Agriculture and Forestry Minister Bekir Pakdemirli held meetings to boost cooperation in agriculture, especially in green housing. "We're impressed with Turkey's ability to provide their own food. We intend to follow the same path and be able to grow our food within Qatar rather than import," he said.

Istanbul can be Islamic finance hub for Europe

Al-Jaida noted that Turkey and Qatar could forge successful cooperation in Islamic finance, "better than any other countries." "Doha, Istanbul, Kuala Lumpur and Indonesia can emerge as global financial capitals for Islamic finance," he said, adding, "So we're looking at the common technology, common rules and regulations between these three centers."

"Our goal for the strategic long-term project is that Istanbul becomes the Islamic financial hub for Europe and Kuala Lumpur for Asia and Doha for the greater Middle East and North Africa region."

Al-Jaida urged international investors to put their money in Qatar, as it has an attractive legal environment and provides "generous" incentives.

The country also offers opportunities for tapping into countries taking part in China's "Belt and Road" initiative, including Kuwait, Oman, Iraq and some countries in Southeast Asia.

"Qatar is a rich country but we still want FDI [foreign direct investment]; we want more white-collar jobs created by Qatar, and we want to create more vibrant business and financial hubs in the country," he said.

He added that the QFC is in talks with two Turkish lenders interested in establishing branches in Qatar.