Oil prices surge on US decision to end Iran waivers 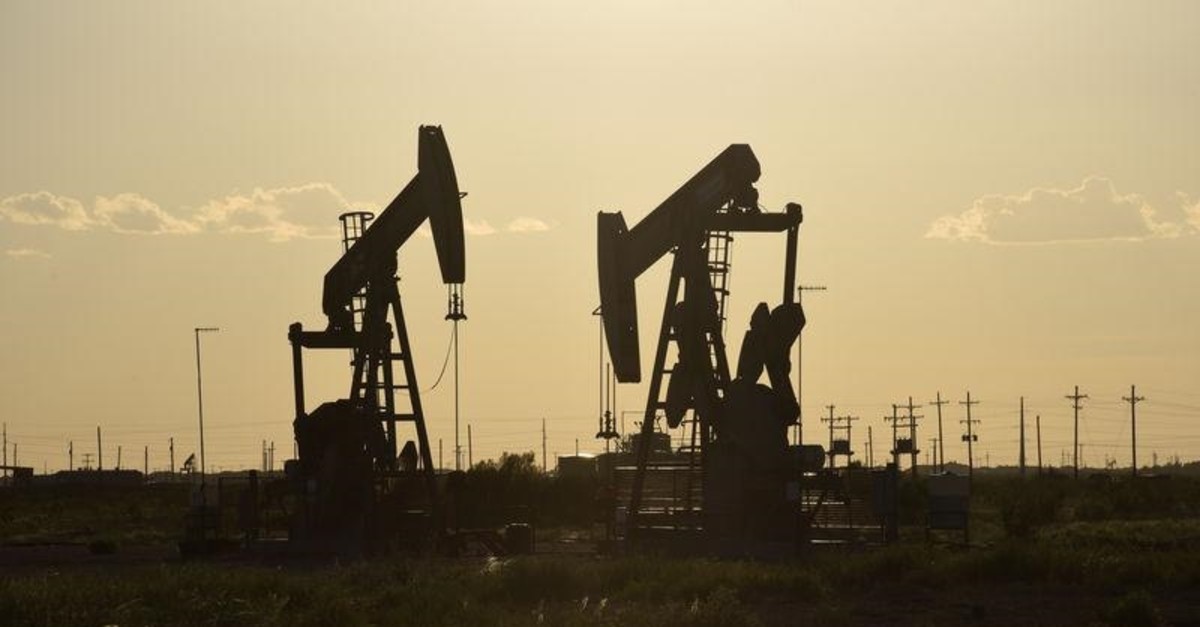 Crude oil jumped almost 3% on Monday after the United States said it will take more steps to choke off Iranian oil exports, while U.S. equities were little changed as Wall Street braced for corporate results in a busy earnings week.

The dollar eased against a basket of currencies in thin holiday-impacted trading as gold held above a near four-month low on support from the weaker greenback.

The United States said it will eliminate all waivers that allowed eight countries to buy Iranian oil without facing U.S. sanctions, demanding that the purchases of Iranian oil stop by May 1. The announcement sent oil prices to 2019 highs.

Another drop in Iranian exports would further squeeze supply in a market already tightened through U.S. sanctions against Iran and fellow OPEC member Venezuela, along with voluntary cuts led by the Organization of the Petroleum Exporting Countries.

"This does bring a lot more uncertainty in terms of global supplies," said Olivier Jakob, analyst at Petromatrix. "It is a bullish surprise for the market."

Major financial markets in Europe were closed for Easter Monday, as were markets in Australia and Hong Kong.

Stocks on Wall Street hovered near break-even as the benchmark S&P 500 index was about 1% away from the record high hit in September, boosted in part by largely positive earnings in a market that had sharply lowered its expectations.

About one-third of the S&P 500 companies, including Boeing Co, Amazon.com Inc and Facebook Inc, will report their quarterly earnings this week.

The results will determine whether investors should be concerned about the start of an earnings recession or whether back-to-back quarters of negative growth can be avoided.

S&P 500 profits are expected to drop 1.7% year-over-year, according to Refinitiv data, in what could be the first earnings contraction since 2016.

"The market knows and understands earnings are going to be markedly lower this quarter," said Robert Almeida, global investment strategist at MFS Investment Management in Boston. "It's the beginning of the next turn in the cycle which is softer earnings."

The S&P energy index jumped 1.95%, the most among the major S&P sectors, as oil prices surged on the U.S. crackdown on Iranian oil exports.

Overnight in Asia shares slipped, pulled lower by underperforming Chinese stocks that retreated from a 13-month high. Comments from top policy-making bodies raised investor fears that Beijing will slow the pace of policy easing after some signs of stabilization in China.

MSCI's broadest index of Asia-Pacific shares outside Japan lost 0.3%, edging away from a nine-month peak last week after Chinese economic data beat expectations and eased concerns about the health of the world economy.

The Shanghai Composite Index closed down 1.7 percent and Japan's Nikkei edged up 0.08%.

The greenback has found support in recent weeks on the back of a gradual rise in U.S. 10-year Treasury yields and signs of strength in the world's top economy, including better-than-expected retail sales in March.

The Treasury yield curve steepened at the start of a busy week in which $237 billion of new U.S. government debt will be auctioned off.

The spread between the two- and 10-year note yields, the most common measure of the yield curve, steepens when longer-dated yields rise faster than shorter-dated yields, suggesting bullish investor sentiment.