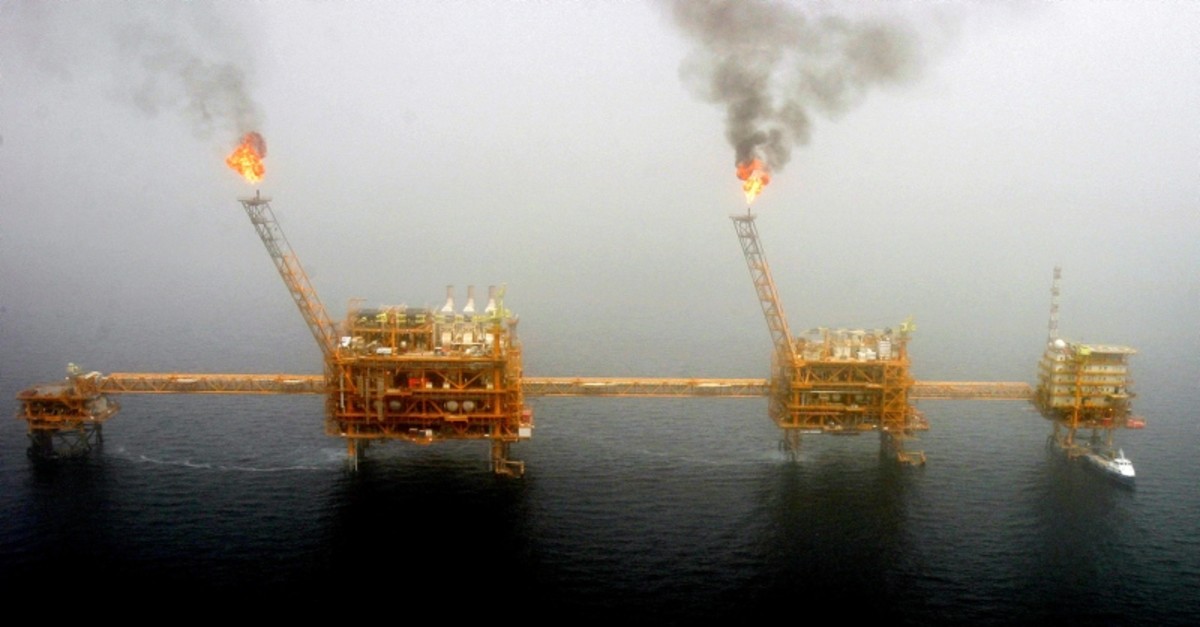 Gas flares from an oil production platform at the Soroush oil fields in the Persian Gulf, south of the capital Tehran, July 25, 2005. (Reuters Photo)
by Daily Sabah with Agencies Apr 22, 2019 3:43 pm

Ankara on Monday criticized a decision by U.S. President Donald Trump not to reissue waivers in May allowing importers, including Turkey, to buy Iranian oil without facing U.S. sanctions.

"The #US decision to end sanctions waivers on #Iran oil imports will not serve regional peace and stability, yet will harm Iranian people," Foreign Minister Mevlüt Çavuşoğlu wrote on Twitter after the White House announced the decision.

"#Turkey rejects unilateral sanctions and impositions on how to conduct relations with neighbors," he added.

Later, commenting on U.S. Secretary of State Mike Pompeo suggesting Saudi Arabia and the UAE as alternatives to Iranian oil, the minister said:

"Pushing (us) to buy oil from countries other than Iran is going too far."

Following a joint news conference with his Tajik counterpart Sirojiddin Aslov in the Turkish capital Ankara, Çavuşoğlu said it was ethically "wrong" to suggest them as alternatives as the U.S. has close ties with those countries.

"This violates the regulations of the World Trade Organization (WTO) and poses a risk to stability in the region," he added.

The United States, Saudi Arabia and the United Arab Emirates "have agreed to take timely action to assure that global demand is met as all Iranian oil is removed from the market," the White House said in a statement Monday.

"This decision is intended to bring Iran's oil exports to zero, denying the regime its principal source of revenue," the statement said.

Secretary of State Mike Pompeo was to discuss the move at the State Department Monday morning. The decision means sanctions waivers for five nations, including China and India and U.S. treaty allies Turkey, Japan and South Korea, won't be renewed when they expire on May 2.

Trump also said that Saudi Arabia will "make up" for oil supply after new Iran sanctions.

"The kingdom reaffirms its longstanding policy, which seeks to stabilize the markets at all time," he said in a statement carried by the official Saudi Press Agency.

The move comes as the administration toughens its already strict penalties on Iran by trying to choke off all the revenue the country makes from oil sales.

The waivers had been in place since November when the administration re-imposed sanctions on Iran after President Donald Trump withdrew the U.S. from the landmark 2015 nuclear deal with Iran.

They were granted in part to give those countries time to eliminate their purchases of Iranian oil but also to ease any impact on global energy markets with the abrupt removal of Iran's production.

Pompeo says now that production increases elsewhere will make up for the loss of Iranian oil on the market.