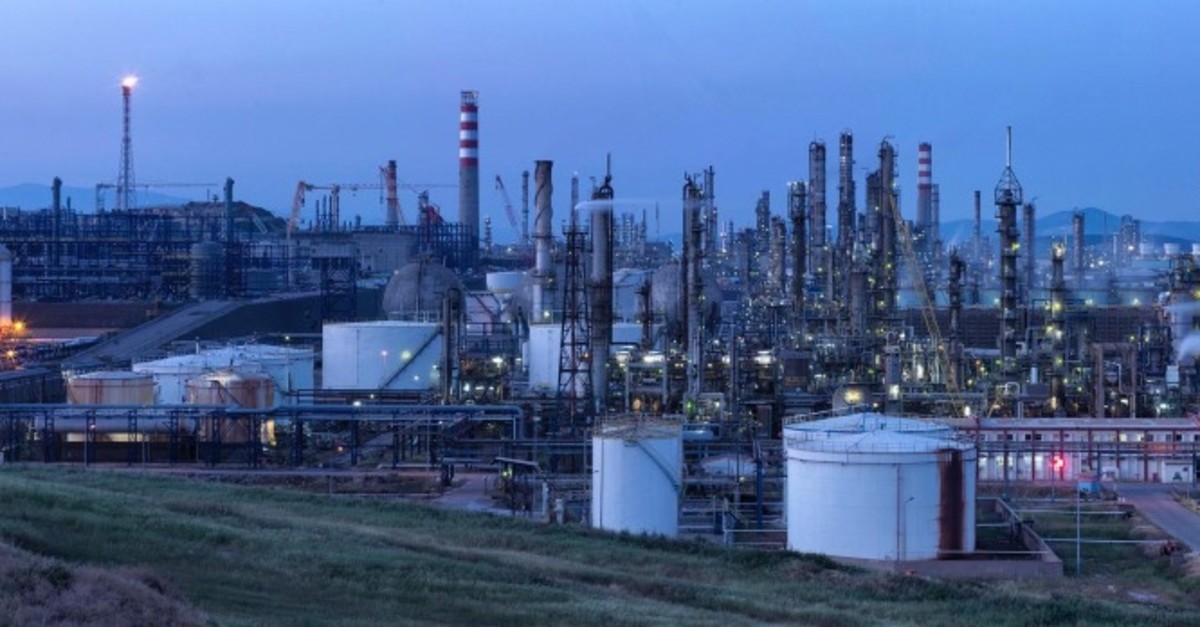 The State Oil Company of Azerbaijan's $6.3 billion refinery in u0130zmir is poised to be one of the biggest petroleum and gas operations in Europe, the Middle East and Africa at full capacity.
by Daily Sabah May 22, 2019 12:10 am

Azerbaijan's state oil company SOCAR, the largest private sector investor in Turkey, is committed to increasing the amount of investment it has made so far with a new petrochemical facility

Entering the Turkish market with the acquisition of Petkim for $2 billion in 2008, the State Oil Company of the Azerbaijan Republic (SOCAR) has become the largest private sector investor in 11 years, with approximately $15 billion in investments. The company now plans to increase the investment size to $19.5 billion. The most recent investment of the Azeri energy giant, the SOCAR Turkey Aegean Refinery (STAR) in the industrial district of Aliağa in İzmir, was inaugurated in October 2018. It will refine around 8 million tons of raw material by the end of the year, STAR General Manager Mesut İlter said on Monday. He added that the refinery will start operating at full capacity very soon. The STAR refinery is producing naphtha for Petkim and also meets the significant needs of the domestic market with products such as diesel, liquefied petroleum gas (LPG), jet fuel, xylene, sulfur and petroleum coke.

The STAR refinery is producing naphtha for Petkim and also meets the significant needs of the domestic market with products such as diesel, liquefied petroleum gas (LPG), jet fuel, xylene, sulfur and petroleum coke. When the refinery begins operating at full capacity, it will make an annual contribution of $1.5 billion to decreasing Turkey's current account deficit.

The $6.3-billion refinery is poised to be one of the biggest petroleum and gas operations in Europe, the Middle East and Africa. Turkey meets the majority of its oil and natural gas demand through expensive energy imports, which is a major expense in the country's budget. Turkey spends around $55 billion on energy imports and nearly $10 billion of this amount goes to the purchase of petrochemical products from abroad.

"We have full confidence in the Turkish economy. Although the Turkish economy experiences up and downs, it has managed to record a 4 to 5 percent growth per year in the last decade. Our commitment to Turkey is not short-term, and SOCAR will continue investing in Turkey," İlter said.

The general manager stressed that the STAR refinery has not used any Iranian crude oil and emphasized that they will follow the international rules Turkey must abide by.

Petkim General Manager Anar Mammadov pointed out that the company's sales increased 51 percent in the first quarter of this year. Despite the price pressures on global petrochemical products, Petkim broke sales and profitability records.

"The operation of the STAR refinery has paved the way for new petrochemical investment. The decision has not been officially made. We reckon that SOCAR will make this decision in the first quarter of next year," Mammadov said.

SOCAR's new investment, which is said to cost about $1.5 billion, will be completed in late 2020.

In December 2017, BP and SOCAR signed a Heads of Agreement (HoA) to evaluate the formation of a joint venture to build and operate a world-class petrochemicals complex in Turkey. Following the signing of the HoA, BP and SOCAR Turkey were expected to undertake design work for the facility, which would allow for the integration of feedstock supplies from the nearby new STAR refinery and Petkim petrochemicals complex, both owned by SOCAR Turkey.