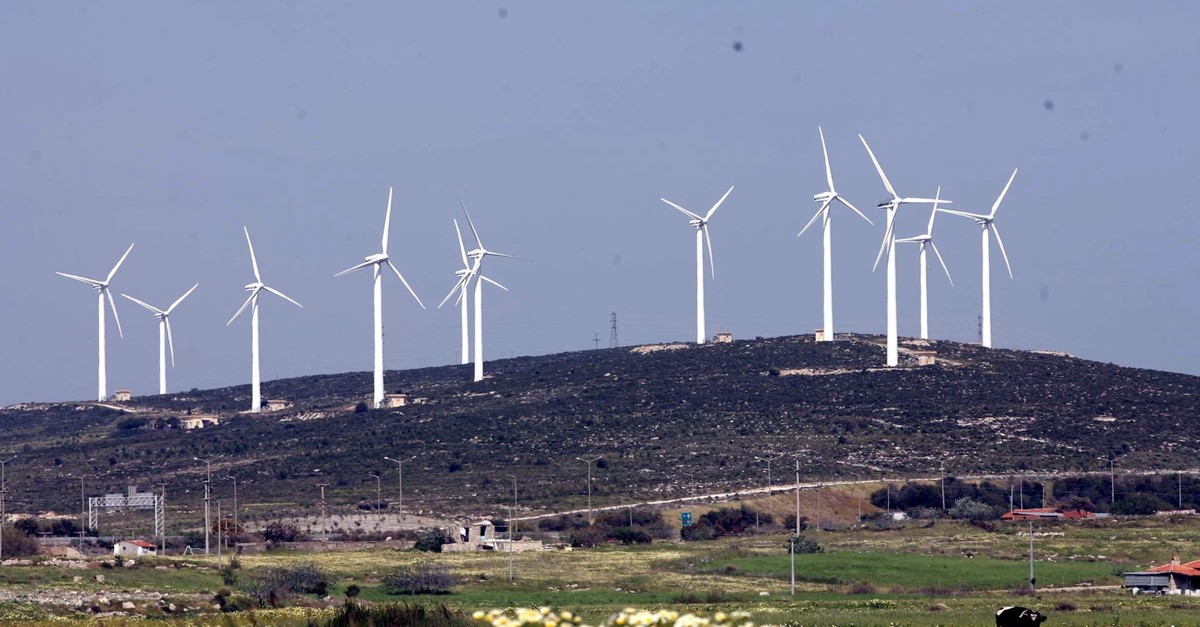 Turkey launched a second wind farm tender as part of the Renewable Energy Resource Areas (YEKA) program and will announce the winner on May, 30.
by daily sabah
May 27, 2019 12:12 am

Dedicated to multiplying its renewable capacity, Turkey is poised to hold its second wind power plant tender as part of the YEKA scheme, which has drawn bids from local and global players

Turkey is preparing to hold the second wind power plant tender as part of its Renewable Energy Resource Areas (YEKA) scheme on May 30. Instead of a single plant with a capacity of 1,000 megawatts (MW), for which a tender was held on August 2017, the ministry launched a tender in the form of four 250-MW plants in different Turkish provinces. Energy and Natural Resources Minister Fatih Dönmez announced that nine companies have bid for four tenders. "This is a very pleasing development for the renewable energy sector. The high interest proves the confidence in the Turkish economy and energy market," the minister said. The bids were evaluated on April 18, and the tender result will be announced on Thursday for four wind power plants in Aydın, Muğla, Balıkesir and Çanakkale, each with a capacity of 250 megawatts.

In the tenders where the initial ceiling price was announced as $5.50 per kilowatt-hour (kWh), the power purchase time was determined as 15 years from the date of the signing of the right-of-use contract. The contract price for each tender will be TL 5,000, and these costs will not be refunded.

In case of winning the tender, a partial or full cash-in letter of guarantee amounting to TL 12.5 million with a 10-year term will be submitted to the contractor in the form specified in the contract no later than one day before the date of signing the contract. The tender winner will sign a 15-year purchase agreement with the ministry under a power plant license that will run for 49 years.

The tender for the first YEKA project of 1,000 MW was held last year in August, creating an investment volume of $1 billion. Eight consortia, including some of the world's largest turbine manufacturers, participated in the tender.

The tender resulted in a world record feed-in-tariff of $3.48 per kWh offered by the Siemens-Türkerler-Kalyon consortium. The total capacity will be installed in Sivas, Edirne, Kırklareli and Eskişehir. The consortium will invest over $1 billion in wind facilities. With the introduction of domestic wind power plants, a minimum of 3 billion kWh of electricity will be generated each year, enough to meet the electricity demand of approximately 1.1 million households.

Minister Dönmez stressed that Turkey has recently accelerated investments in renewables and boosted its capacity, making its way to global listings.

Since the beginning of this year, power generation from domestic and renewable resources reached 62%, Dönmez said, adding that the average in 2018 was 50%. The minister stressed that Turkey's wind power plant capacity reached over 7,000 MW and exceeded 5,000 MW in solar.

Adding some 1,085 MW to its energy mix last year, Turkey has maintained its lead in Europe and moved up to fourth place globally in hydroelectric power capacity installation.

Last year, 4,200 terawatt-hours of electricity was produced in hydropower plants. Turkey, in the meantime, maintained its lead in Europe and moved up to fourth place - from sixth in the previous year with 592 MW.

The renewable energy sector has seen significant growth over the last 15 years, with intensified performance from 2013 to 2018, during which onshore wind and solar power plants increased exponentially. Wind power capacity alone reached 7,000 MW by the end of November 2018, and a major portion of this capacity, some 5,700 MW, started operating in the period of 2013 to 2018.

As part of the 2023 vision, Turkey aims to generate 30% of its electricity consumption from renewable resources. To achieve that goal, Turkey plans to reach 34,000 MW of hydroelectric power, 20,000 from wind power, 5,000 from solar power, 1,000 MW geothermal power and 1,000 biomass power capacity.