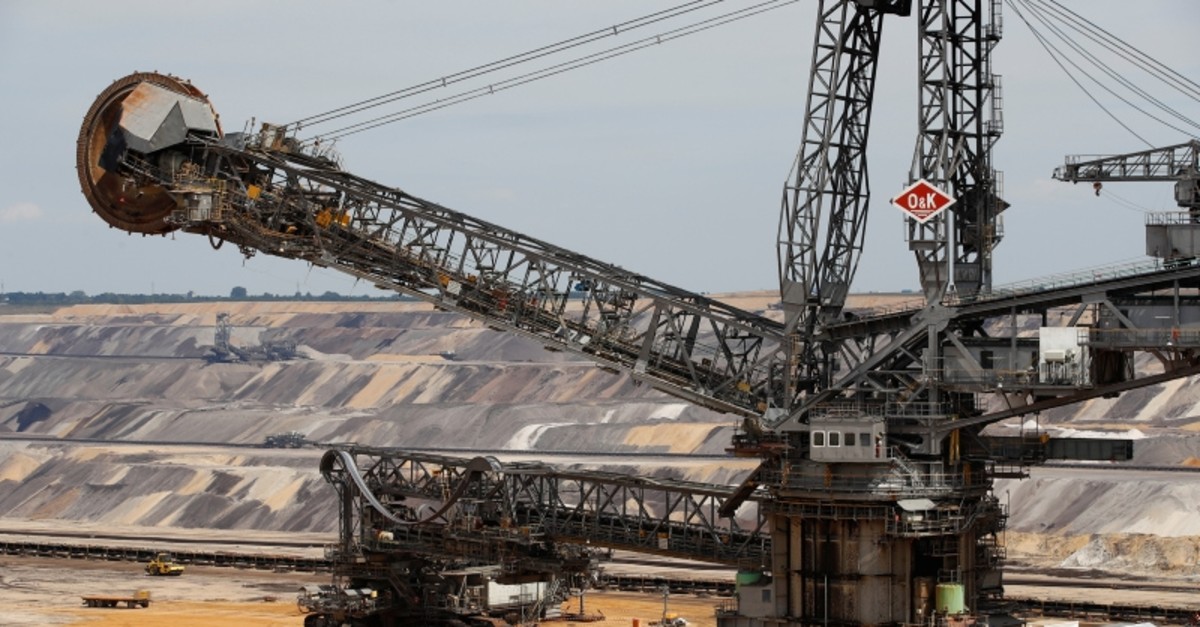 An excavator of German utility RWE is seen without its shovels while being serviced at RWE's open-cast brown coal mine of Garzweiler near Jackerath west of Duesseldorf, Germany, June 18, 2019. (Reuters Photo)
by French Press Agency - AFP
Jun 18, 2019 6:51 pm

Eight of the EU's 28 countries have pledged to phase out coal for electricity production by 2030 to reduce greenhouse gas emissions, officials said Tuesday.

The European Commission, the EU's executive arm, received the pledges as contributions to the bloc's efforts to deliver on the 2015 Paris climate agreement.

"More and more member states are making the political commitment to phase out coal in the next decade," EU climate and energy commissioner Miguel Arias Canete said.

Canete said that among the European Union countries introducing or confirming such timelines, France intends to phase out coal by 2022 — before Italy and Ireland by 2025.

Denmark, Spain, the Netherlands, Portugal and Finland aim to do so by 2030, the Spanish commissioner told a press conference in Brussels.

Standing by Canete, commission vice president Maros Sefcovic called the pledges "quite a significant signal coming from quite an important number of member states."

The commission added that Germany, the EU's most powerful economy and biggest polluter, has also indicated it will set "an end date" for coal-based electricity.

An EU official told French Press Agency (AFP) the remaining 20 countries, including coal-dependent Poland, had not submitted timelines for weaning themselves off fossil fuel.

The official, speaking on condition of anonymity, said the commission was also waiting for the initial eight countries to detail how they will achieve the goal.

Not only must they show how they will finance the shift but what green energy source they will use to replace coal, according to the official.

During its review on Tuesday, the commission said the bloc is on track to meet that goal but was falling short on its target for renewable energy use and energy savings.

Referring to coal plants, Canete said it is "pretty clear" that fossil fuels have no place in a carbon-neutral economy the commission hopes EU countries endorse for 2050.

EU leaders set to meet in Brussels on Thursday and Friday are to discuss the proposal for zero greenhouse gas emissions, where the bloc produces no more than it absorbs.

EU sources said leaders would more likely support the goal at their summit in December rather than this week's meeting.

"There are too many coal-fired power plants in eastern Europe that would have to be taken off the grid," an EU diplomat told AFP.