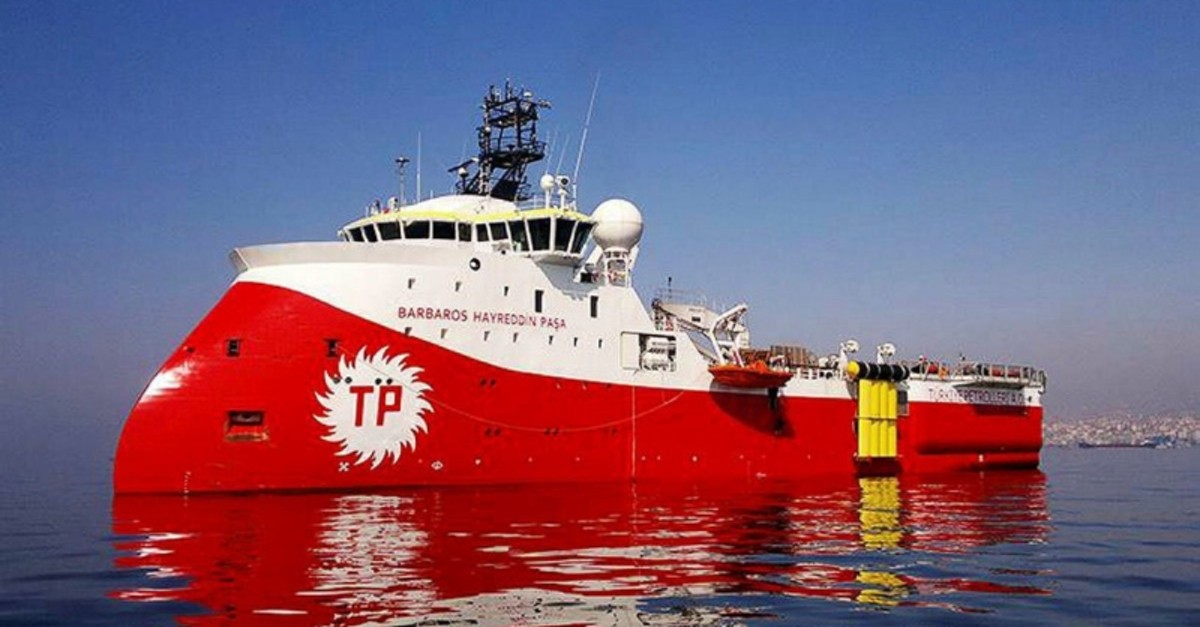 Turkish Petroleum (TPAO) increased the total area that it explores with 3D seismic technology in the Mediterranean Sea by 41% year-on-year in 2018 to 9,342 square kilometers.

According to official figures compiled by Anadolu Agency, the number of exploration and research licenses of the company in 2018 rose 67% compared to the previous year to 216.

Last year, the company increased the number of wells drilled on land from 18 to 24, and a total of 69 wells were drilled.

Seismic and geological studies have revealed important findings about the hydrocarbon potential in the sea, according to the company's yearly report.

The previous year, the total area explored by 3D seismic technology in the Mediterranean Sea was 6,617 square kilometers.

Determining its roadmap and basic strategies in line with the Turkish Energy Ministry's National Energy and Mining Policy, Turkish Petroleum did intensive studies with the seismic vessel Barbaros Hayreddin Paşa to reveal the hydrocarbon potential of the Mediterranean and Black Seas.

The company continues its drilling efforts in shallow and deep seas in light of the seismic data. Deep-sea drilling operation started last October in Alanya-1 well with the Fatih vessel, which has a drilling depth capability up to 12,200 meters.

The Fatih is currently continuing its second drilling in the area called Finike-1.

In shallow seas, a platform was installed last November in the North Erdemli-1 location within the license areas in the Eastern Mediterranean, and drilling operations began.

In addition, Turkey's second drilling vessel Yavuz is scheduled to begin its first drilling in early July in a field licensed by the Turkish Republic of Northern Cyprus (TRNC).

The increase in Turkish efforts in the Mediterranean comes as the Greek Cypriot Administration also stepped up unilateral hydrocarbon efforts and licensing despite Turkey and the TRNC's objections and calls for a fair distribution of the natural resources of the island between the two communities.

Turkish Petroleum boosted its crude oil production 10% in 2018 from 2017. It produced 13.5 million barrels of crude oil, its highest production volume in 17 years.

In this period, natural gas production rose 33% to reach the highest level in the last 10 years. A total of 405 million cubic meters of natural gas was produced last year.

The company is involved in 13 projects in five countries to further contribute to the national economy and reduce energy imports. The company continues its operations in Azerbaijan, Iraq, TRNC, Russia, and Afghanistan.

Meanwhile last year, the company made a profit of 5.7 billion Turkish liras ($970 million).