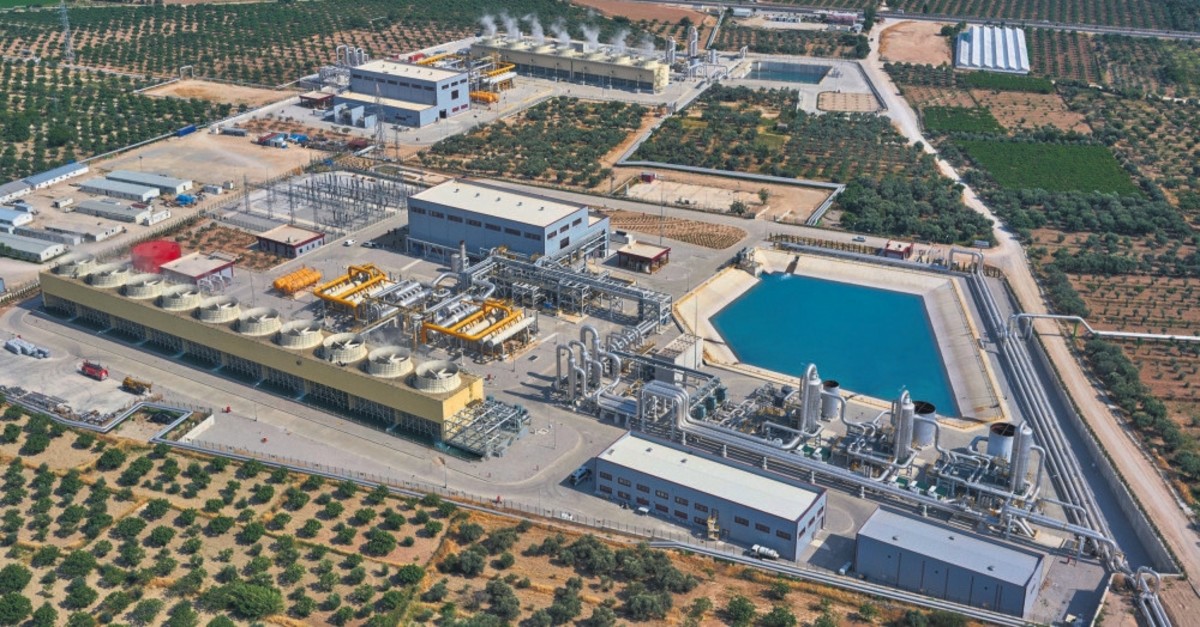 Turkey managed to add 219 megawatts of new geothermal capacity last year, making it the world leader. Together with Indonesia, Turkey accounted for about two-thirds of the new capacity installed around the world

Having completed several geothermal projects in 2018, Turkey led in commissioning new geothermal capacity in the world throughout the year, according to a report by Renewable Energy Policy Network for the 21st Century Report (REN21), a think tank and global multi-stakeholder network focused on renewable energy policy. Turkey managed to increase its geothermal capacity by 21 percent last year, REN21's Renewables 2019 Global Status Report showed.

Namely, Turkey added 219 megawatts (MW) of new geothermal capacity in 2018, raising its total capacity to 1.3 gigawatts (GW), according to the report, which cited data from Turkey's Electrical Transmission Company (TEİAŞ).

"Turkey and Indonesia remained the leaders for new installations and accounted for about two-thirds of the new capacity installed," the report read. Other countries that added capacity in 2018 were the U.S., Iceland, New Zealand, Croatia, the Philippines and Kenya.

Harnessed for the generation of electricity and for various thermal applications, including space heating and industrial heat input, the total geothermal energy output in 2018 was estimated at 639 petajoules, with around half of this in the form of electricity (89.3 terawatt hours), according to the report.

"At the year's end, the countries with the largest amounts of geothermal power generating capacity were the U.S., Indonesia, the Philippines, Turkey, New Zealand, Mexico, Italy, Iceland, Kenya and Japan," it said.

Having built up more than 1 GW of capability in only six years, between 2013 and 2018, Turkey ranks fourth globally for cumulative geothermal power capacity, after the U.S. (2.54 GW), which brought online at least 58 MW (net) in three facilities last year, Indonesia (1.95 GW), with 140 MW of this being added last year and the Philippines (1.93 GW), which has seen little developments in recent years and is said to have completed its first new geothermal capacity since 2014, bringing online 12 MW in 2018.

According to TEİAŞ, Turkey had 40 geothermal sites in 2017 and raised this figure to 43 units as of Sept. 30 last year. The main geothermal steam resources of Turkey are being located in the central Aegean region, stretching inland from İzmir to Uşak, the north Aegean region around Balıkesir, as well as further sites in north central Anatolia around the capital Ankara and smaller reserves in the east and north-east of the country.

Zorlu Energy, one of Turkey's leading energy firms, commissioned the 65.5-MW second unit of its $320 million Kızıldere 3 plant on the border between the southwestern provinces of Aydın and Denizli and was the largest single unit completed last year. With the second unit, the plant has an installed capacity of 165 MW — making it the largest in Turkey.

Zorlu reportedly now operates a portfolio of five geothermal plants, totaling 329.9 MW. It is estimated to hold some 31 percent of Turkey's total geothermal capacity across the country, making it the largest geothermal operator in the country by a considerable margin.

Overall, global investment in the geothermal sector in 2018 amounted to an estimated $2.2 billion, according to the report, which noted this represents a very small portion (less than 1 percent) of all renewable energy investment for the year, excluding hydropower projects.

Energy and Natural Resources Minister Fatih Dönmez said earlier in March that the country aims to produce 60 percent to 70 percent of its electricity from renewable and local resources.

In the first quarter of this year, Turkey managed to increase its electricity production from local and renewable sources to 62 percent compared to 48.5 percent during the same period of last year, according to official data. It produced 74.35 billion kilowatt-hours (kWh) of electricity in the first three months, of which 46.11 billion came from local and renewable energy resources.

Imported resources amounted to a 38 percent share in Turkey's electricity production in the first quarter. Turkey's total installed local and renewables-based power capacity increased to 53.47 gigawatts from 50.31 gigawatts. The statistics show that the increase in domestic production provided $513 million to close the account deficit.

Lastly, Energy and Natural Resources Minister Dönmez said on the sidelines of G20 Ministerial Meeting on Energy Transitions and Global Environment for Sustainable Growth in 2019 in Nagano, Japan over the weekend that Turkey is looking to raise the share of domestic, renewable sources up to two-thirds of the country's electricity production by 2023.