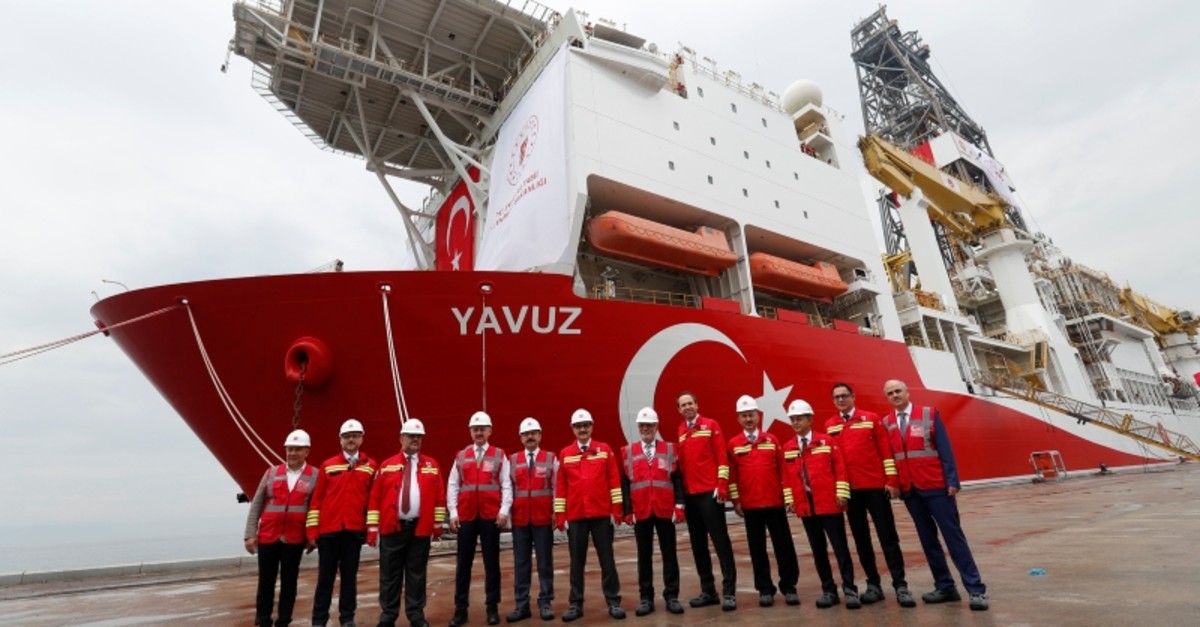 Speaking to reporters prior to the launching ceremony of Turkey's Yavuz drilling ship in Belde Port in the Dilovası district of northwestern Kocaeli province, Bilgin said the vessel was scheduled to start drilling in the region in early July.

Based on seismic works launched five to six years ago, the exact location of the first drill of Yavuz will be determined by geology and geophysics studies of the vessel and it will take place at a depth of approximately 1,000 meters on the seabed and some 3,000 meters of drilling will be made, Bilgin said, adding that the ship will move to its second location once the first drill is completed. 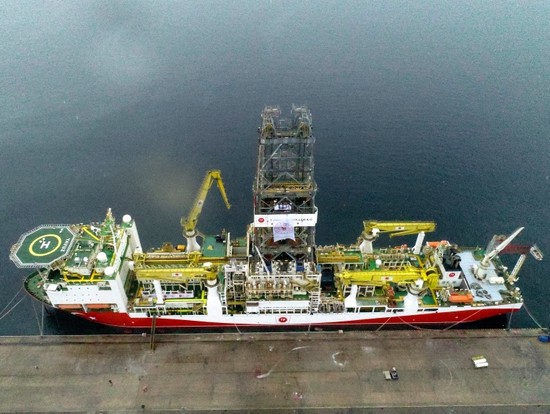 The 229-meter (750-feet) Yavuz, which has previously drilled in the waters off several countries including Kenya, Tanzania and Malaysia, has 150 staff, of which 53 percent are Turkish nationals. This number will increase to 180 during the drill, Bilgin said, adding that a maximum of 200 personnel can work on the ship at the same time. 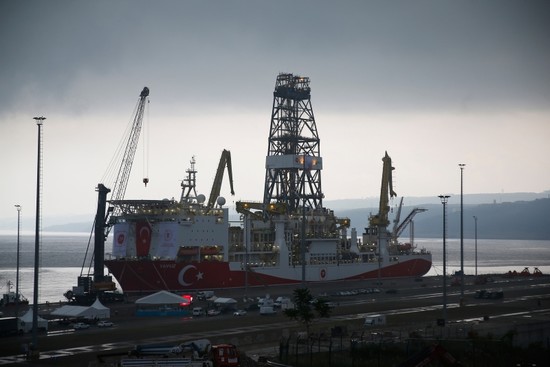 Turkey's first drilling vessel Fatih has already started searching for gas and oil in the waters located in Turkey's continental shelf some 40 nautical miles off the western Paphos city of Cyprus. The area is claimed by the Greek Cypriot Administration within its unilaterally declared exclusive economic zone (EEZ) although it is not among the areas unilaterally licensed by Nicosia for hydrocarbon activities. The ship's operations prompted Nicosia to issue international arrest warrants for Fatih's crew members, although it is unlikely that the Greek Cypriot administration would attempt to arrest the personnel or that other countries would take the warrants seriously.

Speaking at the launching ceremony for the vessel, Energy and Natural Resources Minister Fatih Dönmez warned "external actors" cooperating with the Greek Cypriot government, saying they should not pursue "illusions" that will not yield results. 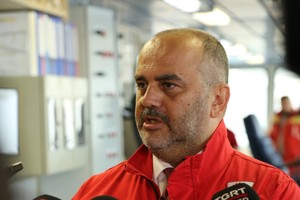 Bilgin said that Fatih will continue to operate in waters west of Cyprus while Yavuz will operate in the east. He said that the two ships have identical features, providing advantages in operation. He also noted that the ships will also carry out drilling in the Black Sea and the Sea of Marmara.

Bilgin said they have no information regarding the arrest warrants, and related institutions in the Turkish state are taking necessary measures.

"We have no hesitation in carrying out our work in both areas licensed to us by the Republic of Turkey or in licensed zones transferred to our institution by the Turkish Republic of Northern Cyprus (TRNC). We do not care much about what the opposite part (of the island) is doing," Bilgin said.

Energy giants Total of France and Italy's ENI are heavily involved in exploring for oil and gas off Cyprus through deals with the Greek Cypriot administration as is ExxonMobil of the U.S.

Saying that unilateral exploration deprives the Turkish Cypriot minority of benefiting from the island's natural resources, Turkey has ramped up efforts in the Eastern Mediterranean. Ankara says its actions abide by international law and that it is drilling inside its continental shelf. It granted exploration licenses to Turkish Petroleum in 2009 and 2012.

After Fatih started drilling off Cyprus, the European Union on Tuesday lashed at Turkey over its plans to drill in the area, warning it was preparing "appropriate measures" in response, a move that came two days after the southern members of the EU echoed a similar stance at the Med7 summit in Malta. Turkey responded that EU had no right to interfere in the issue.