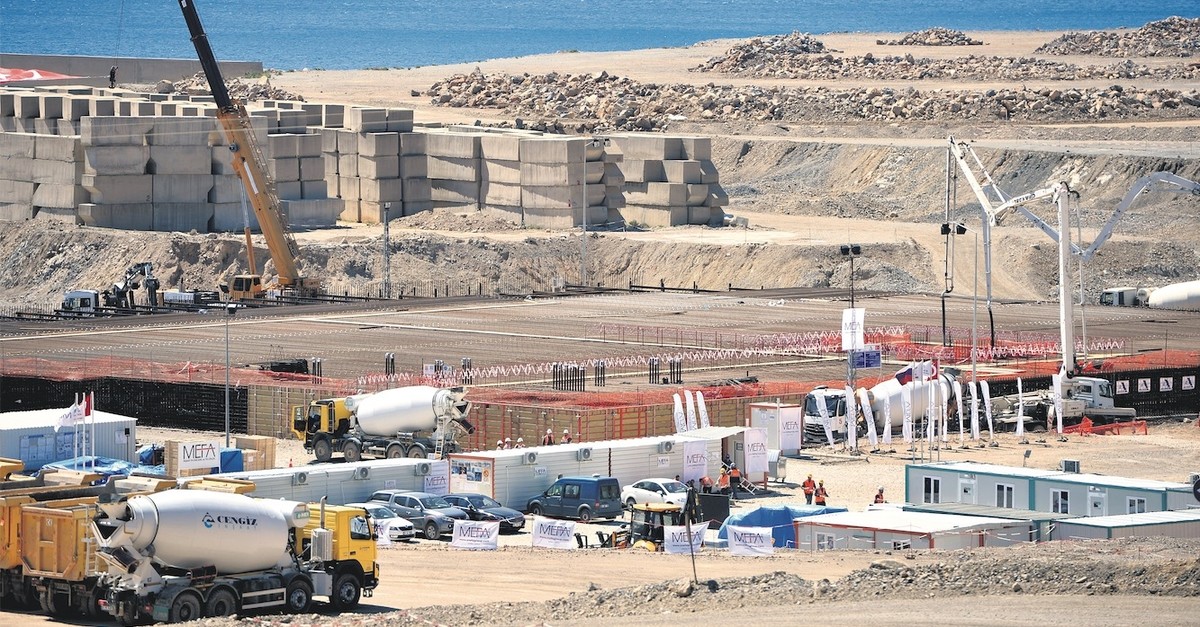 Investing immensely in renewable energy, Turkey is ranked third in Europe in terms of expanding installed renewable capacity, following the U.K. and Germany, and has already accomplished its 2023 goals in wind and solar power capacity. However, to fully realize commitments to enlarge the share of clean energy in electricity generation, for which demand is likely to double by 2030, Turkey also opted for nuclear energy with the launch of the country's first nuclear power plant in the Mediterranean coastal province of Mersin last year. 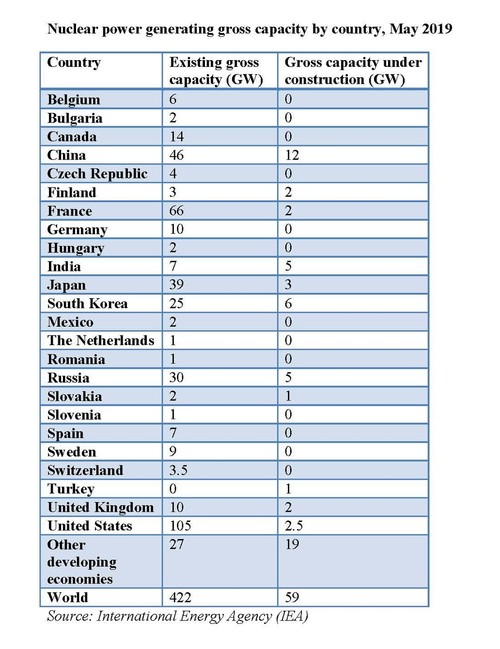 Since nuclear energy is of importance for clean power generation, Turkey plans to benefit from nuclear technology in the areas of health, industry, transportation, communication and aerospace. In his address at the meeting to present the "Nuclear Power in a Clean Energy System" report by International Energy Agency (IEA) Executive Director Fatih Birol yesterday, Energy and Natural Resources Minister Fatih Dönmez indicated that Turkey acknowledges the great importance of nuclear energy for environmental policies and achievement of high technology.

Turkey's electricity demand will double by 2030 and reach 500 terawatt hours, the minister said. For a growing economy, increasing demand will have to be met without interruption and should be sustained while observing environmental concerns. "Nuclear power is able to generate electricity without interruption and independently of seasonal conditions. Therefore, it is reliable, sustainable and environmentally friendly," he said.

In April 2018, Turkey began constructing its first nuclear power plant, Akkuyu, in partnership with Russian firm Rosatom. The plant will consist of four reactors with a capacity of 4,800 megawatts (MW) of installed power with each reactor having a 1,200-MW capacity. Scheduled to be complete by 2023, marking the centennial of the Republic of Turkey, the Akkuyu Nuclear Power Plant will produce approximately 35 billion kilowatt-hours (kWh) of power annually, once completed. Akkuyu will have a service life of 60 years. Once operational, the power plant is expected to meet around 10 percent of Turkey's electricity demand, equal to the power consumption of Istanbul, Turkey's largest metropolis.

In his presentation, IEA head Birol drew attention to a significant divergence in the commitment of developed countries to climate change. While most developed economies are considering closing down some of their nuclear power plants even before the end of their operational duration, they are now facing climate challenges and commitments to reduce carbon emissions, Birol explained.

"What happens with plans to build new nuclear plants will significantly affect the chances of achieving clean energy transitions. Preventing premature decommissioning and enabling longer extensions would reduce the need to ramp up renewables. But without new construction, nuclear power can only provide temporary support for the shift to cleaner energy systems," according to the IEA report. The main obstacle to the extension of nuclear capacity worldwide, the IEA observed, is the mobilization of new investments. "The main obstacles relate to the sheer scale of investment and long lead times, the risk of construction problems, delays and cost overruns and the possibility of future changes in policy or the electricity system itself," the agency noted.

Electricity generation lies at the heart of emissions, Birol said, indicating that nuclear energy and renewables are two significant sources to reduce emissions. 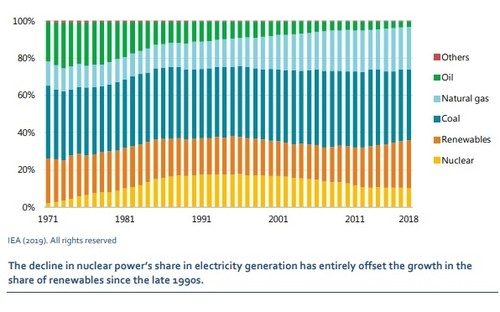 He said nuclear power constitutes 20 percent of electricity generation in the U.S., but its share will fall to 8 percent given the existing policies. As far as the European Union is concerned, the share of nuclear power in electricity generation is 25 percent, yet this figure will also drop to 4 percent. "China is expanding its nuclear capacity. Decreasing costs are likely to make China an exporter of nuclear technology in the upcoming years. China will become the number one nuclear power within seven years at the latest," he said.

Birol emphasized that nuclear energy has zero emissions and said, "Nuclear energy is of critical importance for Turkey given its 70 percent dependency on external resources." "Countries will benefit from domestic energy production. Thus, Turkey needs both renewables and nuclear energy," the IEA head said.