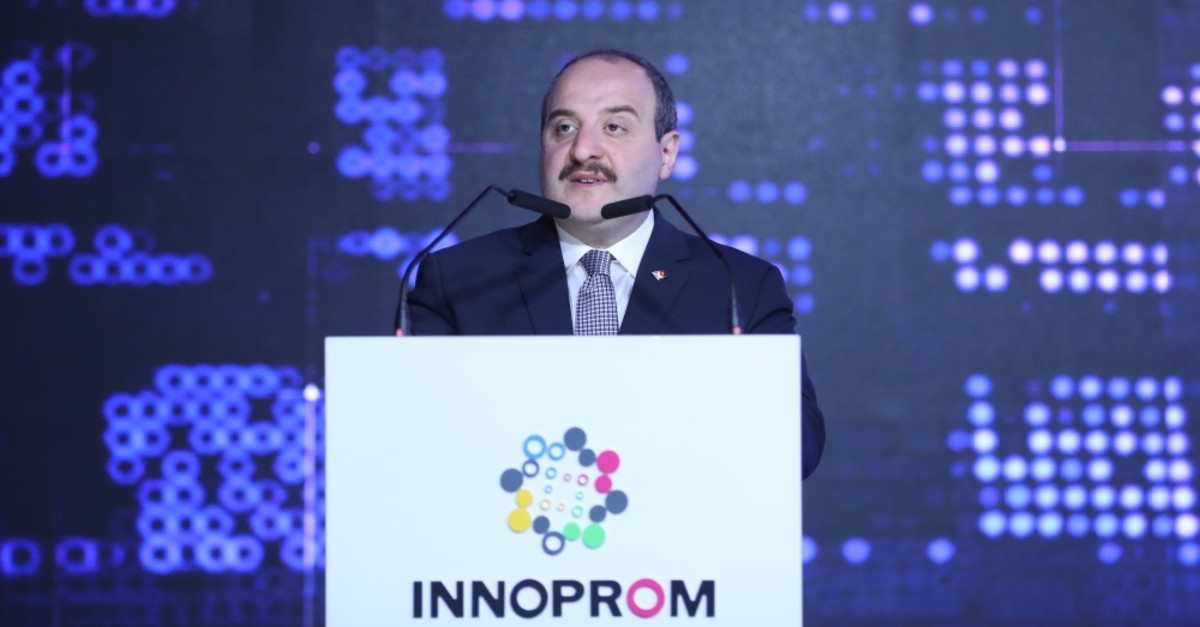 Turkey and Russia continue to accomplish strategic projects, particularly in the field of energy. While both sides acknowledge the importance of these projects for deeper ties, they are also urging a more diversified partnership

In energy, defense and military, Turkey and Russia have seen the launch and accomplishment of strategic projects in the last decade. The natural gas pipeline project TurkStream, which will carry Russian gas to Turkey and Europe, as well as Turkey's first nuclear power Akkuyu, currently under construction by the Russian firm Rosatom, are two prominent strategic projects.

Industry and Technology Minister Mustafa Varank stressed that the TurkStream and Akkuyu nuclear power projects are significant indicators of the Turkish-Russian cooperation in his speech at the Turkish-Russian Business Forum organized by Foreign Economic Relations Board (DEİK) during INNOPROM 2019, a large Russian industry fair.

In reference to the two important strategic projects, Varank said: "Such strategic energy projects deepen bilateral relations. While we are happy to see the accomplishment of these projects, we do not deem them enough. Turkey and Russia, I believe, need to increase the number of such projects." In order to invigorate strategic partnerships, the minister remarked, both countries should continue to support entrepreneurs and encourage bilateral investments in addition to resolving the visa issue and cooperate on the matters of transportation and logistics.

Ankara intends to push Turkey-Russia relations forward through strong political will and close dialogue between leaders, Turkey's industry and technology minister said Monday. "Our goal [on trade volume between Turkey and Russia] is to reach the foreign trade volume levels of the $33 billion that we achieved before and then to increase this figure to $100 billion," Mustafa Varank told the Turkish-Russian Industry Forum in Yekaterinburg, one of Russia's important heavy industry centers. Russia is Turkey's third largest source of importers. Last year, Turkey's imports from Russia totaled $22 billion, while the total bilateral trade was recorded at over $25 billion.

Varank highlighted the need for balanced expansion in trade between the two countries, with both complementing each other in ability. Russian firms invest in Turkey's automotive, metallurgy, banking, communications and energy sectors, the minister said and urged for more bilateral investments as the two countries complement one another. Turkish exports in 2018 recorded a 7 percent increase and hit $168.1 billion. Some 90 percent of the exports came from manufacturing goods, Varank explained. In terms of sectoral breakdown, an increase of 35 percent was observed in steel sales abroad, while machinery exports surged 22 percent. Last year, defense and aerospace exports also soared 12.8 percent, while automotive exports saw a 12.4 percent rise. As the partner country, Turkey participates in INNOPROM with 25 private sector firms, seven development agencies and 11 sector associations. In addition to the display of Turkish industrial products in 43 booths, Turkish food is also offered at the fair.

For his part, Russian Industry Minister Denis Manturov said Moscow prepared a number of packages to facilitate Turkish businesses' arrival in Russia and support long-term investments. Russia is also creating privileged conditions for Turkish businesspeople, he added. "The giants leading Russian industry in Turkey's market are doing successful business, as are Turkish companies in Russia," he said, stressing the "great potential to develop bilateral relations" between Moscow and Ankara.

Turkish and Russian institutions and companies also signed a number of cooperation agreements. Peugeot Citroen Mitsubishi Russia and Turkey's Coşkunöz Alabuga signed a deal for the supply of automobile parts, while Koluman Russia and Polupritsep inked an agreement for the provision of semi-trailers. Tatarstan Investment and Development Agency and Kozuva Group signed an agreement for the construction and maintenance of a cargo terminal. An agreement for the jewelry product supply was signed between SAYBM and Hoşhanlı Jewelry. Istanbul Chamber of Trade and Kangalassy Industry Park also inked a cooperation deal, while Ural Commerce and Industry Chamber and Turkey's Association of Machinery Exporters also struck a similar deal.