Turkey to continue drilling in East Med until cooperation on Cyprus: FM Çavuşoğlu 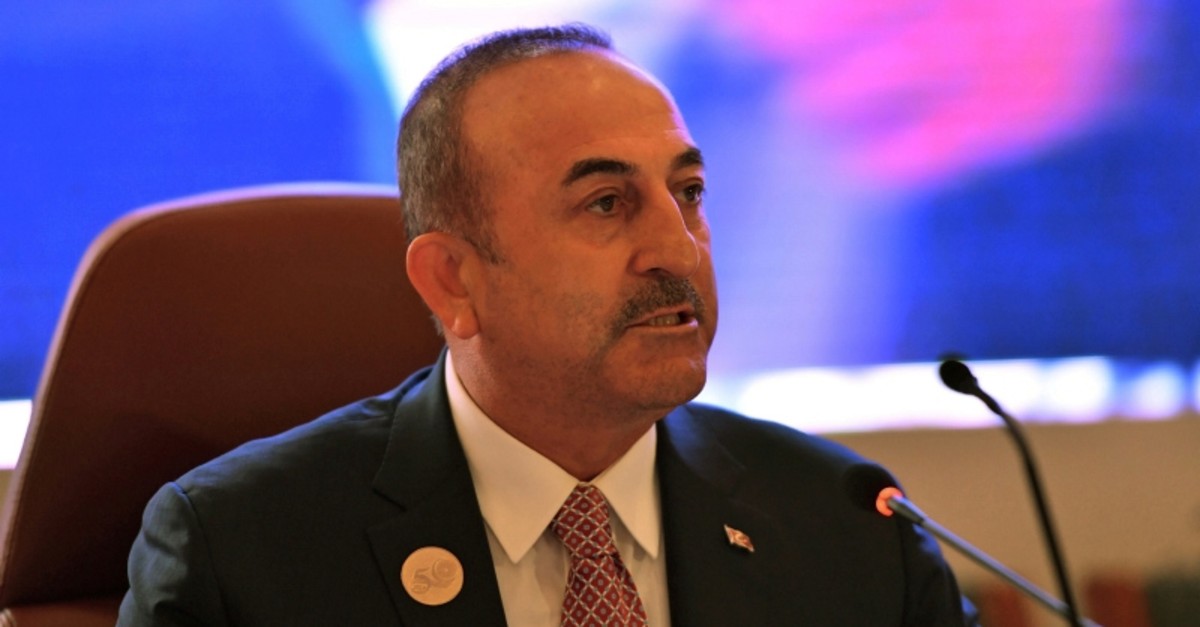 Turkey will continue its activities in Eastern Mediterranean unless there is a cooperation between Turkish Cypriots and Greek Cypriots, the Turkish foreign minister said on Sunday.

Mevlüt Çavuşoğlu wrote an article for Turkish Cypriot daily news Kıbrıs Postası and made assessments on the latest developments related to the Cyprus issue, the negotiation process with the Greek Cypriots and Eastern Mediterranean.

"Greek Cypriots violently hijacked the Republic of Cyprus in 1963, which was established by the 1960 Treaties and based upon a partnership between Turkish Cypriots and Greek Cypriots, on the basis of political equality," Çavuşoğlu said in the article.

The negotiation processes carried out under the auspices of the United Nations since 1968 have failed because of the intransigent attitude of the Greek Cypriot side, he said, adding, the latest negotiation process, the Conference on Cyprus, closed without an outcome in Crans Montana in July 2017.

"The main reason for the failure of these negotiations is that the Greek Cypriot side refuses to share power with the Turkish Cypriots," the top Turkish diplomat said.

However, there has been no change in the attitude of the Greek Cypriot side since the closure of the Conference on Cyprus, he added.

"We have been emphasizing that in order to restart negotiations it should be determined in advance what will be negotiated, in which direction and within the framework of which modalities. We do not consider it beneficial to engage in a new open-ended exercise with no clear vision or purpose, and to start negotiations for the sake of negotiating."

"We are face to face with a Greek Cypriot Administration of Southern Cyprus (GCASC) that makes full use of all the advantages of EU membership and sees itself as the sole owner of the Island," Çavuşoğlu said adding the Greek Cypriots are "willing to share neither the political power nor the natural resources of the Island."

Çavuşoğlu added that the GCASC is undermining both Turkish Cypriots' rights on the resources and Turkey's rights from its continental shelf registered with the United Nations.

Çavuşoğlu also stated that it is wrong to associate Turkey's use of continental shelf rights with Cyprus issue.

"We continue our exploration and drilling activities within the areas -where we have registered our continental shelf rights both geographically and legally before the U.N as of 2014- in which our Government granted licenses to the Turkish Petroleum in 2009 and 2012," he said.

On the other hand, Turkey gives its full support to the Turkish Republic of Northern Cyprus to protect its rights, under the international law, as the co-owners of the Island, Çavuşoğlu said.

"Our activities where the Turkish Cypriot Government granted licenses to the Turkish Petroleum in 2011 falls within this context. Our drilling vessel Yavuz and seismic vessel Barbaros Hayreddin Paşa are conducting their activities in these areas," he added.

"Unless Greek Cypriots would go for a cooperation, which includes a joint decision making mechanism with Turkish Cypriots – the equal partner of the Island – and unless a cooperative mechanism would be established as envisaged in the proposal dated July 13, Turkey will resolutely continue its activities, without a pause, within the areas where the TRNC granted licenses to the Turkish Petroleum."

TRNC President Mustafa Akıncı on Saturday submitted a new cooperation proposal of the Turkish Cypriot side to the Greek Cypriots, through the UN, concerning the exploration and exploitation of hydrocarbon resources around the island of Cyprus.

The proposal foresees that Turkish Cypriots and Greek Cypriots, as equal partners of the island, should cooperate on the hydrocarbon resources to which they have equal rights, including income sharing and benefit from these resources.