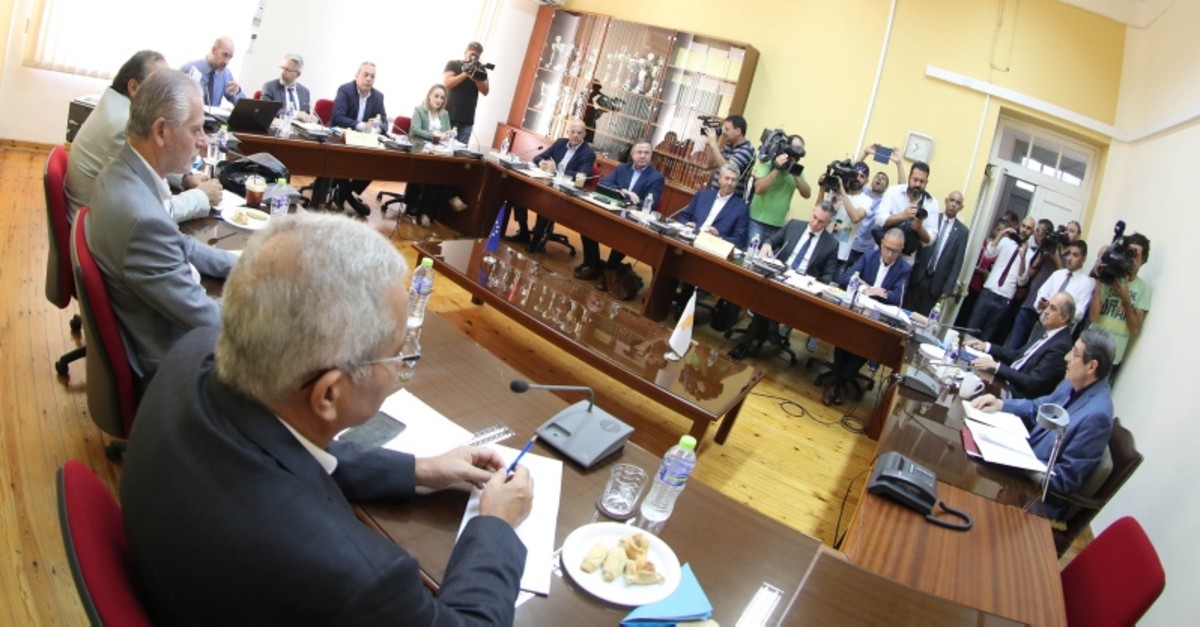 Greek Cyprus on Tuesday rejected a proposal by the Turkish Republic of Northern Cyprus (TRNC) to establish a cooperation mechanism to address sharing of hydrocarbon resources in the Eastern Mediterranean.

TRNC President Mustafa Akıncı presented the proposal through the United Nations last week, calling for the joint use of Cypriot resources and cooperation between the two sides in the search for gas off the island.

A joint statement issued by the Council of Presidents, composed of the heads of Greek Cypriot political parties, said the proposal was far from the essence of the Cyprus problem and could not be accepted because it contained elements that did not serve Greek Cypriot interests.

Turkey on Saturday had expressed its support for the proposal, calling on the U.N., EU and particularly the guarantor states to take the opportunity afforded by the proposal and to encourage cooperation on the island's hydrocarbon resources.

Foreign Minister Mevlüt Çavuşoğlu said Tuesday that Turkey will be sending a fourth ship to the region.

On Monday, the European Council took punitive measures against Turkey for its drilling in the Eastern Mediterranean, publishing a final declaration saying it will "suspend negotiations on the Comprehensive Air Transport Agreement and agree not to hold the Association Council and further meetings of the EU-Turkey high-level dialogues for the time being."

The council also endorsed a proposal to reduce the pre-accession assistance to Turkey for 2020 and invited the European Investment Bank to review its lending activities in Turkey, notably with regard to sovereign-backed lending.

The Foreign Ministry responded early Tuesday by saying the EU's decisions would not affect Turkey's determination "in the slightest" to continue hydrocarbon activities in the Eastern Mediterranean.

The ministry said the EU's failure to mention Turkish Cypriots – who have equal rights to the natural resources of the island – in its decisions, taken on Monday, "showed how biased and partisan the EU is on the subject of Cyprus."

Commenting on the sanctions, Çavuşoğlu said Tuesday there is "no need to take the decision seriously," because "they know it's impossible to implement it."

"The decision is taken to satisfy the Greek Cypriot community. The problem is that the rights of the Turkish Cypriot people are not guaranteed," he added.