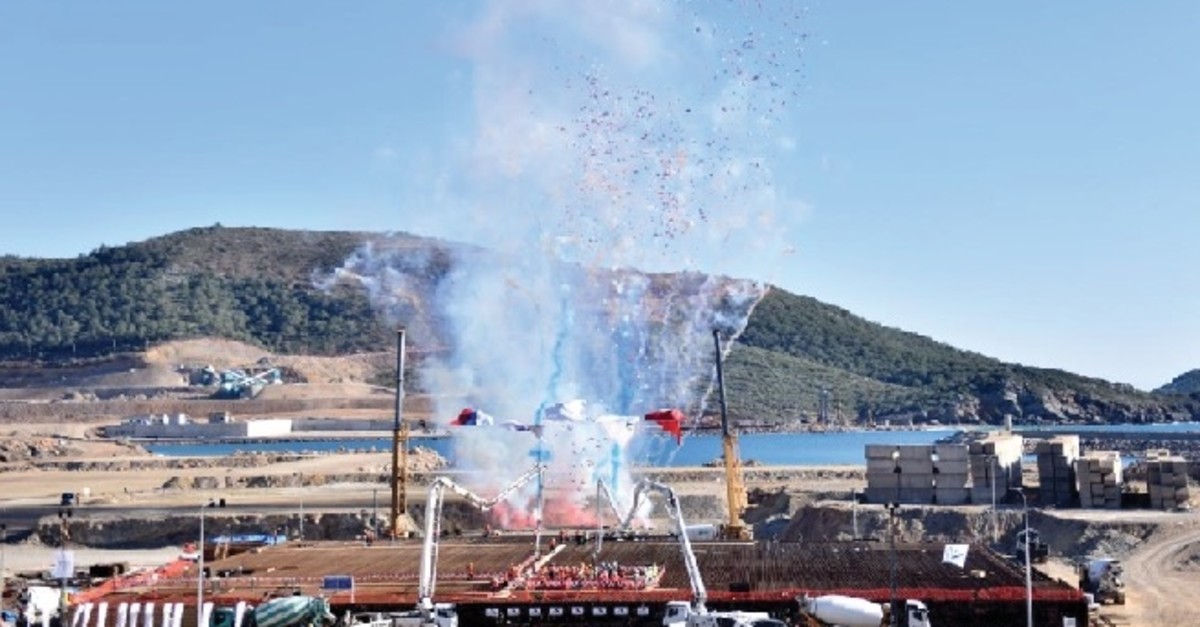 Construction site of the Akkuyu Nuclear Power Plant during the groundbreaking ceremony in Mersin, Turkey, April 3, 2018.
by Anadolu Agency Aug 22, 2019 12:20 am

Sberbank, the first loan supplier for the nuclear project, will provide the seven-year loan to the Akkuyu Nuclear company; a subsidiary of Russian nuclear firm Rosatom.

The intergovernmental agreement was signed between Russia and Turkey in May 2010 for the plant that will consist of four VVER-1200 power units with a total installed capacity of 4,800 megawatts (MW).

Upon completion, the plant will generate about 35 billion kilowatts-hours of electricity per year, with a service life of 60 years.

On March 8, the laying of the foundation for the first reactor of the nuclear power plant was completed and works are in progress for the second unit.