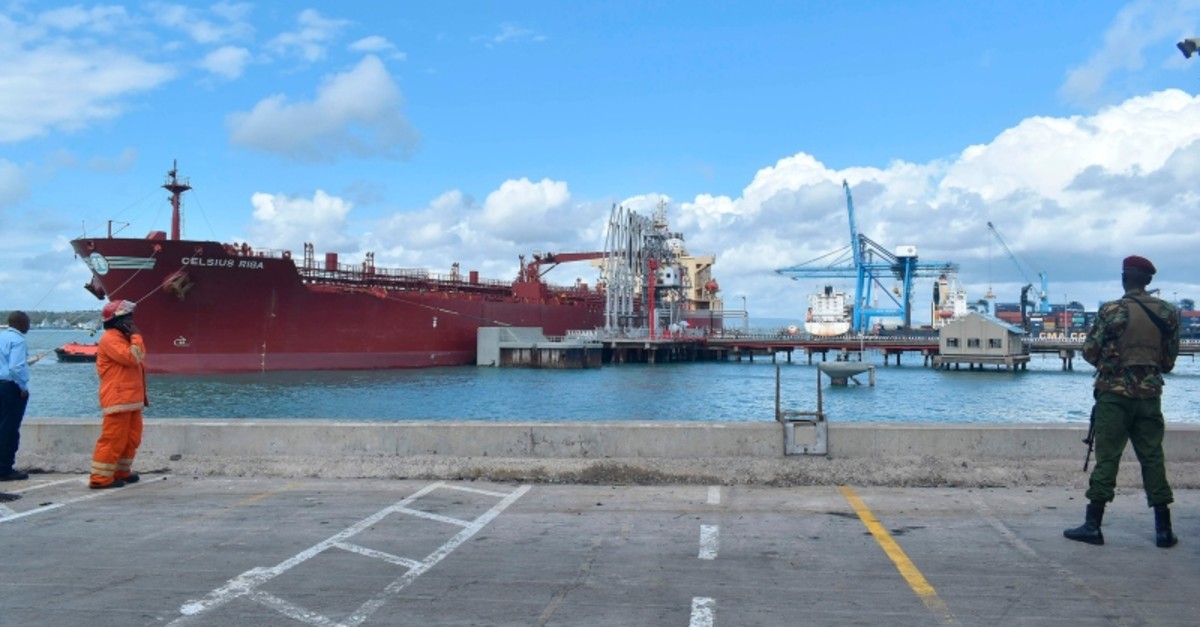 Kenya exported its first-ever batch of crude oil Monday, with President Uhuru Kenyatta declaring the shipment of 200,000 barrels a "special moment" in the country's history.

The president unfurled the Kenyan flag aboard a tanker at the Indian Ocean port of Mombasa that will be carrying the oil to Asia.

"There are special moments that mark a turning point in the destiny of our nation," Kenyatta said at the ceremony.

"The first export of crude oil by our nation, therefore, marks a special moment in our history as a people and as a country."

The maiden shipment was purchased for USD$12 million (10.8 million euros) by Chinese trading company ChemChina for export to Malaysia.

Kenyatta said the first attempts at finding oil in Kenya date back to 1937 but it was not until 2012 that a commercially-viable deposit was located.

This field was discovered in the South Lokichar Basin in Turkana, in Kenya's far north, by British firm Tullow and its joint venture partners.

The company estimates the field holds 560 million barrels of oil.

In early June 2018, the company began shipping crude from Turkana to Mombasa by road. It will eventually be shipped via a pipeline under construction.

Kenyatta said it "showed the global market that Kenya possesses the know-how and the infrastructure required to facilitate full-fired development."

"This first oil pilot scheme has also brought with it prosperity for the people of Turkana but also the wider republic with very many local communities directly benefiting from employment opportunities in production and logistics," he said.