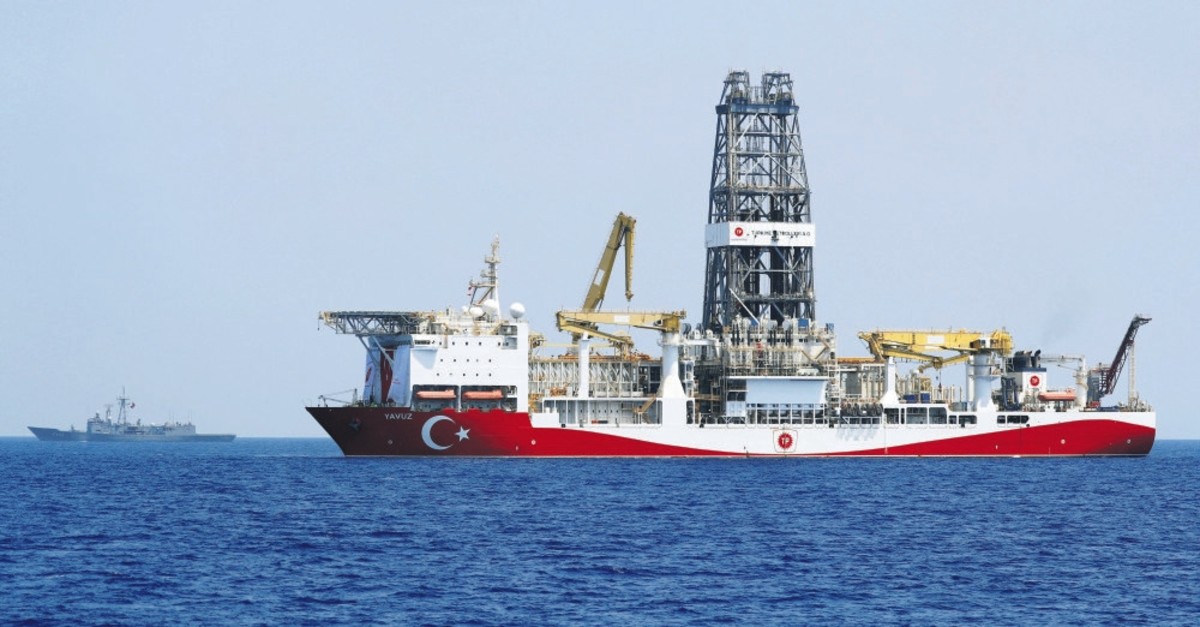 Turkey is adamant that it will continue exploration activities in the Eastern Mediterranean and is dedicated to ensuring the full protection of the legitimate rights of the Turkish people and Turkish Cypriots, the energy minister said Monday

Turkey says the work will continue to defend the rights of Turkey and the TRNC to the region's resources.

The Turkish-flagged drillship Fatih launched offshore drilling operations this May in an area spanning 75 kilometers (42 nautical miles) off the western coast of the island of Cyprus.

The sixth-generation ultra-deepwater drillship, Yavuz, also began operations in August at the Karpaz-1 well, located in the Bay of Gazimagusa - also known as Famagusta in the TRNC.

Turkey's second seismic vessel, the MTA Oruç Reis, will also arrive in the region soon. The country will continue its research and drilling activities in the Mediterranean with two seismic and two drilling vessels. The MTA Oruç Reis has been conducting seismic surveys in the Black Sea and Marmara since August 2017.

Dönmez said Turkey would continue its exploration activities in the region, both in license areas assigned by Turkey and the TRNC to Turkish Petroleum (TP).

"These explorations reflect Turkey's legitimate position, which is consistent with international law. We will never turn a blind eye to the so-called alliances formed under the enosis [union with Greece] in energy, and which ignores the rights of the TRNC and the Turkish Cypriots," he said.

He echoed the view of President Recep Tayyip Erdoğan, who on Sunday said that Turkey was maintaining a resolute stance in the Eastern Mediterranean and would continue to do so to protect its political and economic interests.

Erdoğan said Turkey will continue its activities in the Eastern Mediterranean to protect its political and economic interests. He also said that the country would continue to carry out its activities with two seismic and a drilling vessel as well as frigates and drones.

Also addressing the event yesterday, TRNC Economy and Energy Minister Hasan Taçoy said they were in a period when the rights of the Turkish Cypriots were being tested. He stressed that "nobody should doubt that Turkey, a guarantor of Cyprus will bow to fait accompli in the Eastern Mediterranean, and will certainly respond."

Elaborating on the ongoing activities carried out by the vessels Yavuz and Fatih, Taçoy said, "We sincerely believe that the results, to be achieved at the earliest time, can come to a point that will greatly benefit our people."

Dönmez added that with the country's first deep-sea drilling ships, Turkey began operations to drill the first wells, which he reiterated would continue resolutely.

Ankara has repeatedly voiced that it wants to see energy as an incentive for political resolution on the island and peace in the wider Mediterranean basin, rather than a catalyst for further tension.

It has made continuous efforts to protect its sovereign rights and the rights of the Turkish Cypriots in the Eastern Mediterranean region, where it has been drilling in its exclusive economic zone (EEZ), which was registered with the U.N. in 2004.

It has consistently contested the Greek Cypriot administration's unilateral drilling in the Eastern Mediterranean, asserting that the TRNC also has similar rights to the resources in the region and that Ankara has the right to conduct hydrocarbon drilling there.

Cyprus has been divided since 1974 when Turkey used its guarantor rights to intervene on the island after a far-right Greek Cypriot military coup sponsored by the military junta then in power in Athens sought to unite the island with Greece.

The coup followed decades of interethnic violence and terrorism targeting Turkish Cypriots, who were forced to live in enclaves when Greek Cypriots had unilaterally changed the constitution in 1963 and stripped the island's Turks of their political rights.

Dönmez said the share of domestic and renewable sources in Turkey's electricity production jumped to 66% in the first seven months of the year compared to 50% just a year ago. This helped the country save the import of nearly $1.4 billion worth of energy products, the minister said.

With the 22% increase in Turkey's electricity exports in the first seven months of 2019, Turkey is determined to enhance the share of those sources in its electricity production in line with its 2023 targets, he said.

"If we are successful at doing the things that have never done before in hydrocarbon exploration in our country, then we can produce natural gas at the level that we want, which in turn could change the natural gas usage rate," said Dönmez.