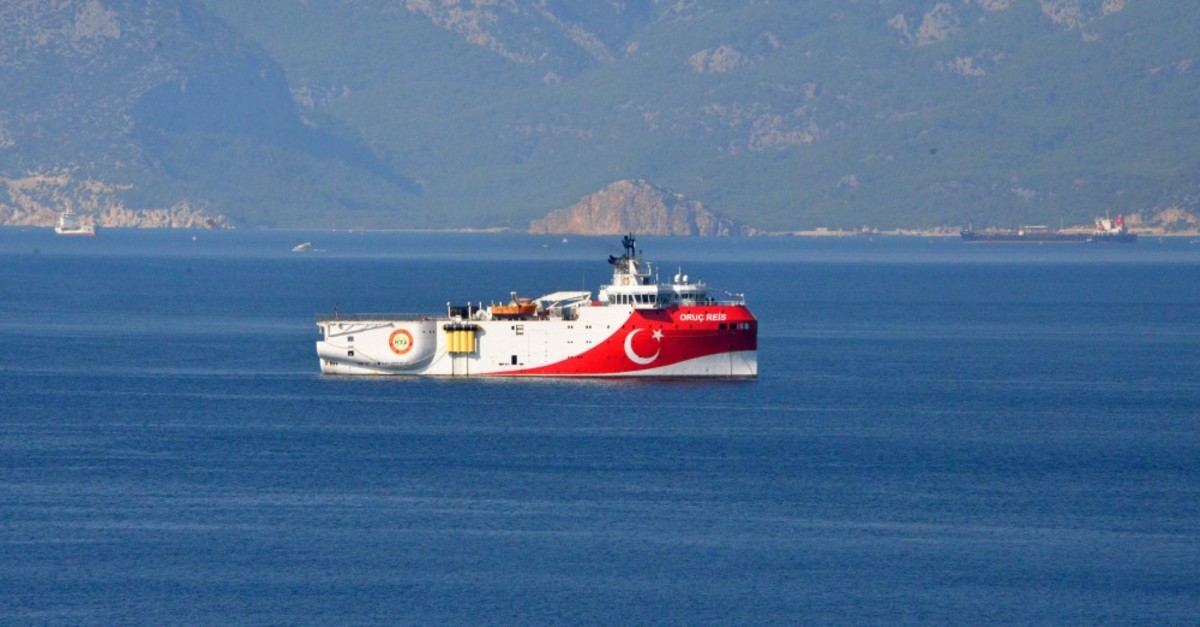 Turkey's seismic exploration vessel Oruç Reis set sail Friday toward the Eastern Mediterranean to further contribute to the exploration activities being conducted in the region.

MTA Oruç Reis departed from Haydarpaşa Port in Istanbul on Tuesday and passed through Çannakale Strait before it arrived off the Mediterranean city of Antalya on Thursday. The vessel was on its route toward the Port of Mersin Taşucu, opposite Cyprus' northern coast, where it will likely refuel before starting its activities.

Built by Turkish engineers at a local shipyard in Istanbul in June last year, the MTA Oruç Reis has previously been conducting seismic surveys in the Black Sea and Marmara since August 2017.

It will become the fourth vessel Turkey has dispatched in the region. From spring onward, Ankara sent two drilling vessels – Fatih and Yavuz – to the Eastern Mediterranean for exploration and research work, asserting the right of Turkey and the Turkish Republic of Northern Cyprus (TRNC) to the resources of the region.

The Turkish-flagged drillship Fatih launched offshore drilling operations this May in an area 75 kilometers, some 42 nautical miles, off the western coast of the island of Cyprus.

The sixth generation ultra-deepwater drillship, Yavuz, also began operations in August at the Karpaz-1 well located in the Bay of Gazimagusa – also known as Famagusta, in the TRNC.