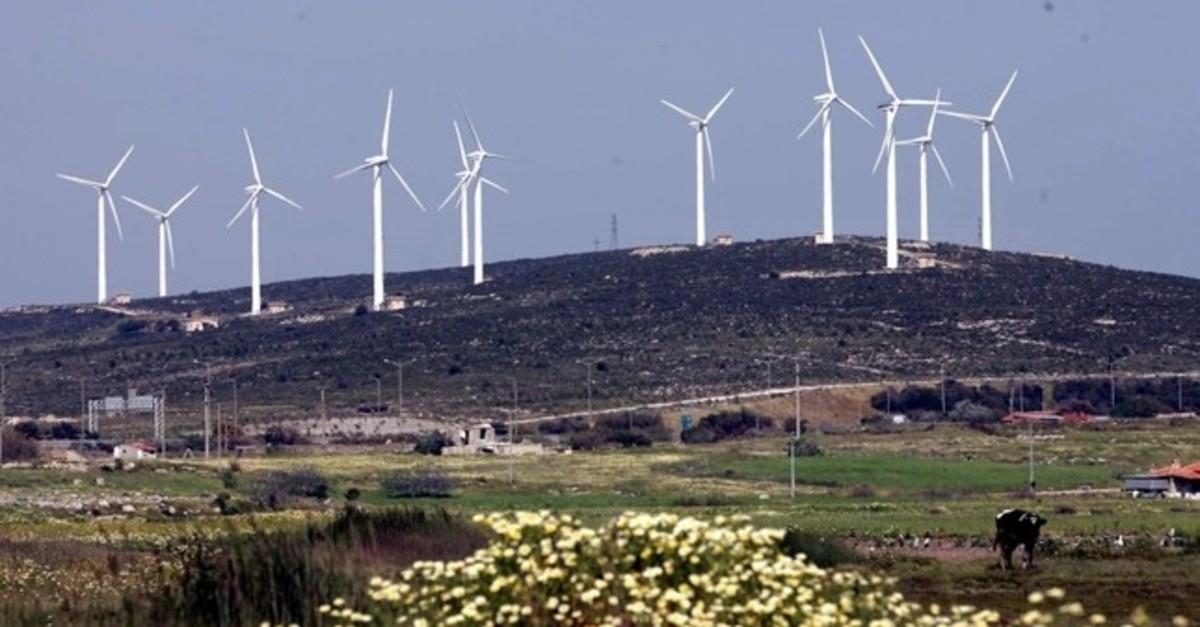 As a result of the continuous efforts, Turkey has supplied 65% of its electricity from local resources in the first seven months this year, while the figure was around 50% last year.
by Daily Sabah Sep 06, 2019 12:18 am

In an unprecedented move in the history of the country, Turkey has increased the share of domestic resources in electricity generation with supportive legislative frameworks and investment schemes in the last decade. As a result of the continuous efforts, the country has supplied 65% of its electricity from local resources in the last seven months, while the figure was around 50% last year, Energy and Natural Resources Minister Fatih Dönmez confirmed Thursday. "The 15% rise in the share of the domestic resources in the power generation economically translates into $1.5 billion," Dönmez said.

This means that Turkey's energy bill would have risen by $1.5 billion had the country not enlarged the power generation capacity of the local resources.

"All this success is the outcome of the steps we have been taking within the framework of the National Energy and Mining Policy," Dönmez remarked.

National Energy and Mining Policy, a doctrine outlining the key elements of Turkish energy policy, was announced in April 2017. The policy is based on three main pillars, namely, localization, security of supply and predictability of market conditions with particular importance attached to regional infrastructural projects for diversification as a guiding element.

The policy is a broad framework explaining Turkey's plans in the energy including oil and gas explorations, mining and renewable energy investments.

Turkey's installed power capacity was calculated at 88,551 megawatts by the end of last year. In terms of resource types, hydroelectric power composed 31.9% and natural gas accounted for 25.6% and 21.5% came from coal. Wind and solar power made up 7.9% and 5.7% of the total installed power capacity, respectively. The remaining 5.9% came from various types of resources.

The minister also referred to his recent visit to Iraq, during which Turkish and Iraqi authorities agreed on electricity trade and the construction of a new oil pipeline.

License for 2nd unit at Akkuyu in progress

In a live broadcast Thursday, Dönmez also announced that the Turkish Atomic Energy Authority (TAEK) will issue the construction license for the second unit of Turkey's first nuclear power plant Akkuyu, being constructed by the Russian firm Rosatom.

The licenses were issued only after fulfilling the general and special conditions, determined in accordance with the legislation on nuclear facilities. The construction of Turkey's first nuclear power plant was launched on April 3 through a groundbreaking ceremony attended by President Recep Tayyip Erdoğan and his Russian counterpart Vladimir Putin.

The Akkuyu NPP holds the record for the highest investment in a single project in Turkey, with an estimated cost of $20 billion. The Akkuyu NPP will reach its full capacity in 2026 with four reactors, each with an installed capacity of 1,200 MW. It will generate an average of 35 billion kilowatt hours (kWh) of electricity annually when it reaches 4,800 MW.

The minister emphasized that the construction of the Akkuyu NPP continues as planned and the first reactor will be operational in 2023, on the centennial of the Turkish Republic.