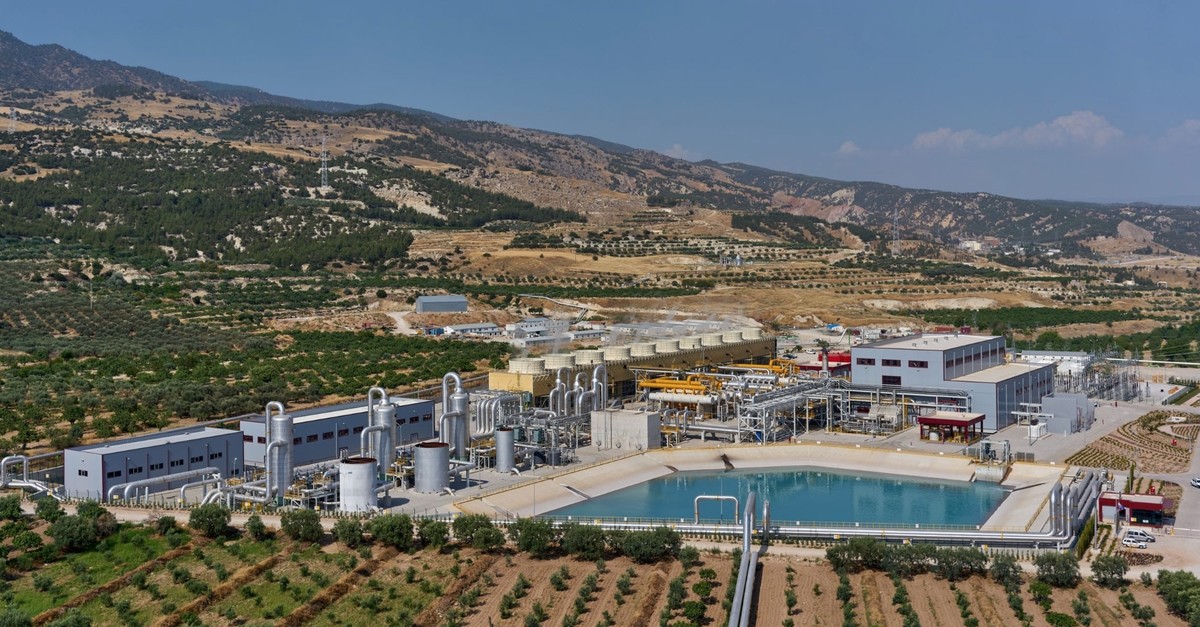 Recording tremendous growth in geothermal power capacity thanks to its market liberalization and support mechanisms, Turkey has become a global example and is now exporting its experience abroad

The quest for increasing the share of domestic and renewable resources in power generation has been high on the agenda of the Turkish energy industry. With investment-friendly schemes and incentive programs, Turkey has managed to exponentially expand its renewable capacity, capitalizing on the vast resources of solar, wind and geothermal power. While recording record increases in wind and solar capacity at the European and global scale, Turkey has also become the fourth country with the highest geothermal power capacity in the world, following the U.S., Indonesia and the Philippines. Geothermal Power Plant Investors Association head Ali Kındap remarked in an exclusive interview with Daily Sabah that a bulk of the capacity increase was facilitated when Turkish lawmakers enacted legislation specifically designed for geothermal power plant investments in 2007 and during the 2000s when the government liberalized the geothermal industry and paved the way for private sector investments.

"The YEKDEM [Renewable Energy Support Scheme] program and the liberalization of the industry have enabled Turkey to make profound progress on the utilization of this particular resource," JESDER Chairman Kındap said. "Turkey has established its own model for geothermal power plant development and that model sets a global example."

Even Indonesia, which has a bigger capacity than Turkey in geothermal power, is now looking to benefit from the Turkish experience, he said. Some of the Turkish energy companies are already in the process of entering the Indonesian market. Zorlu Enerji, of which Kındap is the general manager overseeing investments, operations and maintenance, is preparing to open an office in Indonesia to engage in geothermal energy operations in the country.

In addition to the Southeast Asian nation, the East African country Kenya has also invited Turkish energy companies to invest in the country's geothermal potential. Kındap confirmed that negotiations with the Kenyan authorities are still in progress.

Previously, the Association of Geothermal Power Plant Investors (JESDER) chairman met with the Kenyan Minister of Energy and Petroleum Joseph Njoroge to discuss geothermal energy opportunities between the two countries. Kenya, which is one of the rare politically stable African countries with foreseeable regulations and legal frameworks is planning to unleash 5,000 megawatts (MW) in geothermal power in the next decade and Kenyan officials have expressed intentions to benefit from Turkey's sudden spike in geothermal capacity development. 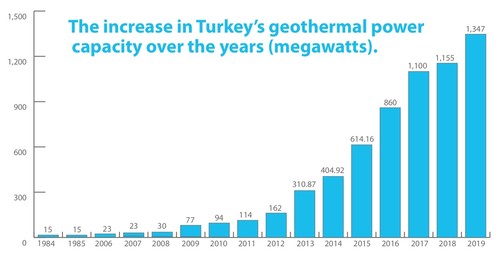 Another Turkish firm, MB Holding, also delivered the first geothermal power plant project in Croatia. The Velika Ciglena plant in the city of Bjelovar became operational in late 2018 and is the largest Organic Rankine Cycle (ORC) system in Europe. It has a total installed capacity of 16.5 MW and a power purchase agreement for 10 MW, which is equal to the average consumption of 29,000 Croatian households. The Turkish company also signed another contract with Croatian engineering firm Ekonerg to design a binary (ORC) geothermal power plant called Legrad, with an installed capacity of 19.9 MW last week.

In reference to the decade-long evolution of the Turkish energy sector, which has been the result of a program committed to decreasing the dependence on imports and capitalizing more on domestic and renewable resources, Kındap stressed that the YEKDEM program has become one of the main instigators of the process.

"Since YEKDEM took effect, Turkey has seen a huge leap in the increase of electricity generation. While more hydroelectric power plants became operational, the investments in wind, solar, biomass and geothermal power plants have also been on a continuous rise," Kındap remarked.

The Turkish Parliament enacted a renewable energy promotion law providing for feed-in tariffs for electricity generation from renewable energy sources in 2005. Due to the low level of feed-in tariffs, this law was not very attractive for investors. In 2011, the promotion law was amended and a new support scheme was integrated a day ahead when the market was introduced.

As a result of the rising domestic and renewables capacity expansion, Turkey has supplied 65% of its electricity from local resources in the last seven months, the energy and natural resources minister said on Thursday, noting that this increase wrote off $1.5 billion from the country's energy bill.

Of the total installed power capacity, 1,350 MW is made up by geothermal power plants. By the end of this year, the geothermal capacity is likely to reach 1,500 MW since a number of projects have been accomplished as part of the YEKDEM program that will come online soon, said the JESDER head.

Kındap highlighted that Turkey has a much larger potential and could easily rank third in the global listing of the geothermal power. The capacity in western Anatolia, where geothermal power plants are concentrated as the exploration and drilling of the General Directorate of Mineral Research and Exploration revealed commercializable results in its endeavor during the 1970s and 1980s, could reach as high as 3,000 MW.

In addition to the potential for power generation, Kındap explained that Turkey has a 30,000 MW geothermal capacity that can be exploited for heating, drying and cooling processes particularly in agricultural operations related to greenhouse activities.

One good example of how geothermal power can be used in greenhouse projects will be Zorlu Enerji's new project in the Kızıldere 2 geothermal power plant located in the central Aegean province of Denizli. "We are planning to establish an organized geothermal greenhouse zone in the Kızıldere 2 plant on an area of 600 decares. The first of its kind in Turkey, the project is conducted with public-private partnership and will provide heating for the greenhouses in the area. When we consider that heating operations account for 50% to 70% of the greenhouse expenditures, it will make significant contributions to the regional development," Kındap explained.

Around 15,000 tons of vegetables are expected to be cultivated in the greenhouse zone with the heating provided by the Kızıldere 2 geothermal power plant.

The geothermal could also be used for the household heating purposes, he added. This high potential corresponds to 9 billion cubic meters of natural gas and $2.2 billion of gas imports at current prices, he noted.

"So long as the YEKDEM program continues, geothermal power plants will spread into the Central and Eastern Anatolian provinces and Turkey can easily rank third in the global listing," the JESDER chairman stated and continued, "If the YEKDEM program is renewed today, we will begin to see drilling rigs all across Turkey."

During the YEKDEM program, geothermal power plants with a capacity of 200 MW to 250 MW have become operational per year and the investment cost for 1 MW is estimated at $4 million. "Therefore," Kındap said, "if a new support mechanism is announced, $1 billion worth of investment projects will be carried out at the initial phase."

Explaining the environmental impact of the geothermal power plants, Kındap stressed that the operations do not yield environmentally hazardous outcomes and geothermal is clean energy.

"Our whole system is founded on the principle of extracting water underground, using its heat to generate energy and recovering that water by sending it to the original source. Otherwise, the productivity of the plants fall. Therefore, there is no waste of underground resources. While the water is extracted, a certain amount of carbon monoxide is emitted. But the emission is not above the average in Turkey," Kındap explained.

Citing an ongoing study by European Bank for Reconstruction and Development (EBRD) and the World Bank, Kındap stated that the emission levels will be revealed after the study is published. All members of JESDER have been transparently sharing their data with EBRD officials, he added.

"The factual data will enlighten the extent of the emissions by the geothermal power plants. I believe that the EBRD and the World Bank report will peremptorily reveal the environmentally-friendly qualities of geothermal power plants," Kındap remarked. The investigative study was launched in April and is expected to be finalized by the end of the year.