Turkish powership to generate electricity from LNG in Senegal 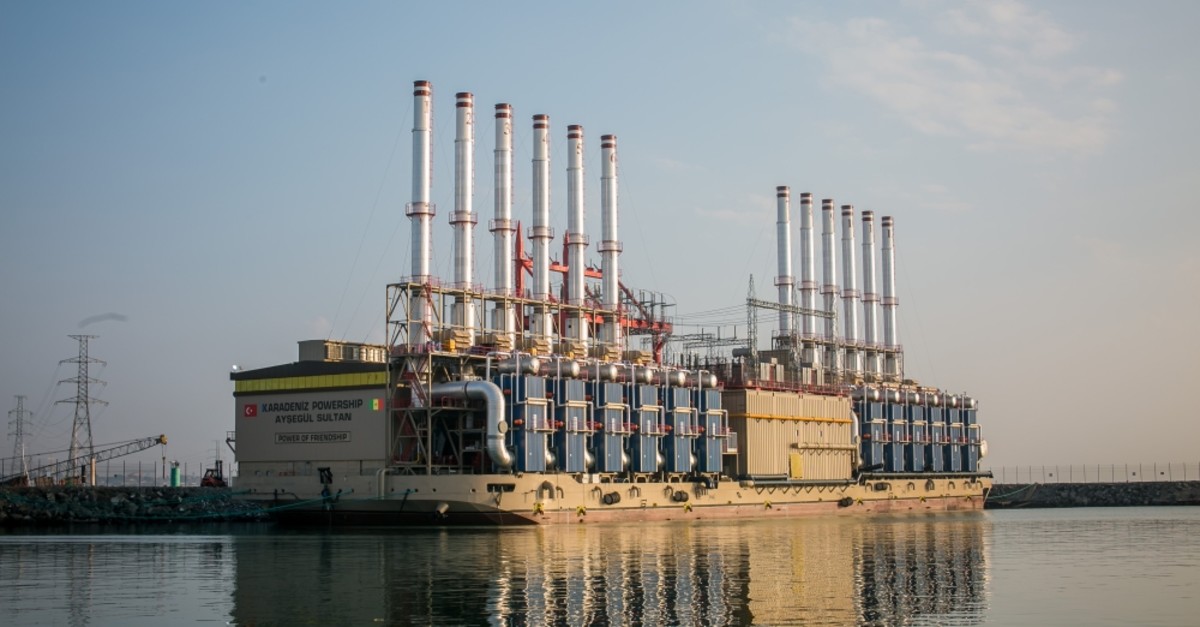 Turkey's Karpowership company, the designer and builder of the world's first floating power plants and the global brand of Karadeniz Holding, will meet 15% of Senegal's electricity needs from liquefied natural gas (LNG) with the 235-megawatt (MW) powership Ayşegül Sultan, which started its voyage from Turkey to Senegal on Sunday.

Karpowership, operating 22 floating power plants in more than 10 countries around the world, has invested over $5 billion in this area.

In a statement to members of the press at Karmarine Shipyard, Karpowership Trade Group Chair Zeynep Harezi said they aimed to provide affordable electricity to countries in need of electricity quickly and reliably, adding that they could commission energy ships capable of generating the base electric charge of the countries in a period of about a month.

Harezi recalled that Karpowership commissioned the first floating energy ship in 2007 in Iraq, followed by Lebanon, Ghana, Indonesia, Mozambique, Zambia, Gambia, Sierra Leone, Sudan, Cuba, Guinea Bissau and Senegal. "We meet the electricity needs of 34 million people in many countries," she stressed. Harezi stated that the energy ships, all designed and produced by Turkish engineers, use liquid fuel, but all ships can covert to the second fuel.

Considering the impact of electricity production on the environment, Harezi noted that they plan to convert the entire fleet from liquid fuel to natural gas. "With a capacity of 480 megawatts each, the world's largest floating energy vessels operate in Indonesia and Ghana. The conversion to gas has been completed in our project in Indonesia. We have also initiated the conversion of the Ghana vessel into gas," she said.

Harezi explained that they would continue to convert their fleets to natural gas in the coming period. "Our 235-MW floating electric vessel, the Ayşegül Sultan, sets sail today to meet 15% of Senegal's electricity needs on its own. After an approximately 20-day cruise, the vessel will reach Dakar, the capital of Senegal, and will begin commercial operation in early October," Harezi continued. "We plan to use liquid fuel as bridging fuel in the first six months. At the end of the first six months, we will start to produce electricity from LNG on our ship. Thus, Ayşegül Sultan will be the first project to generate electricity from LNG in Africa. Our floating power plant to be sent to Mozambique is designed to generate electricity from LNG. It is also scheduled to start operations in the next year."

Harezi said in March this year they signed a partnership agreement with the Japanese MOL, Asia's largest floating LNG storage and regasification terminal (FSRU) operator, adding they established the KARMOL company with a 50% partnership.

"We will produce the FSRU part of the project that we will send to Mozambique with the Japanese. The Japanese have the right and enthusiasm to be part of the ship's part of this project. There is no partnership for other projects yet, but there may be in the future," she noted.

Zeynep Harezi also announced the company's future investment plans, saying their energy vessels with capacities of up to 2,000 MW are under construction, while 3,000-MW ships are in the planning stage. "In the next five years, we plan to add 20 more energy ships with a total capacity of 5,000 MW to our fleet. While we currently provide 2,600 jobs, we anticipate that the number of employees will double with the capacity increase," she further stressed. Harezi also pointed out that they are in the process of negotiating and bidding with 15 other countries in Africa, Asia and Latin America. "We do not go to a country where we do not lower the electricity price. Because we can offer both fast and cheap solutions at the same time, we have no competitors in the world. We are the world leader in this field," she concluded.