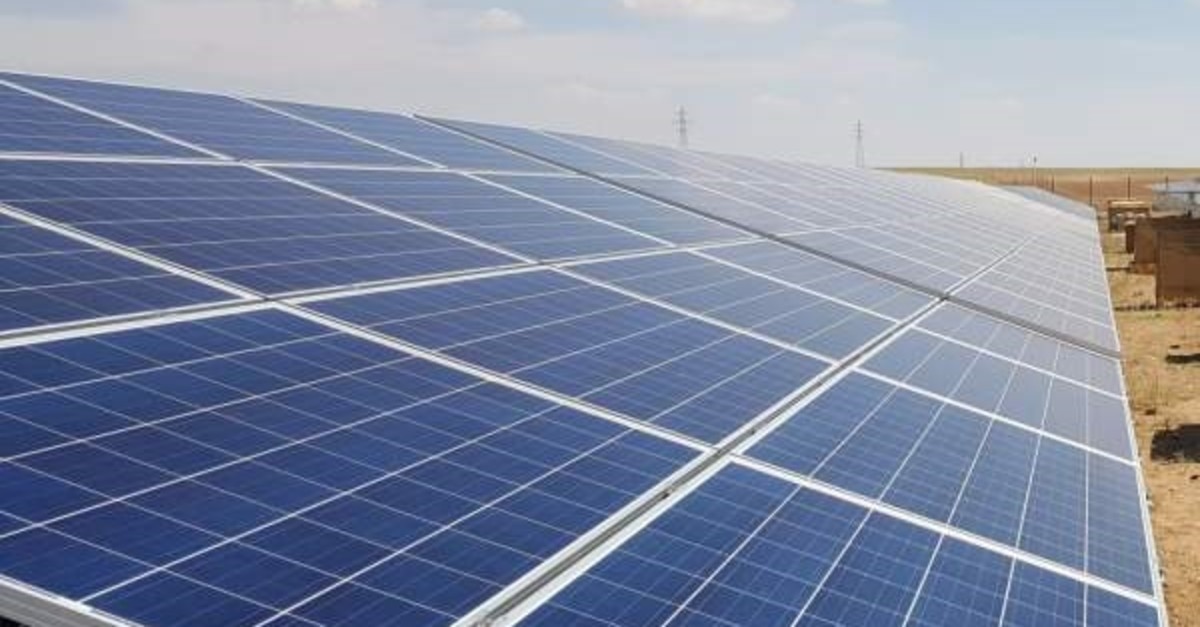 File Photo
by Daily Sabah Oct 14, 2019 1:14 am
Hotels in Antalya are looking to switch to renewable energy to minimize their annual electricity costs, which reach upwards of TL 50 million. Senior hotel officials are demanding the necessary regulations be made in order to establish solar power plants on infertile lands in various parts of Antalya, according to a report by the Hurriyet.
If this is actualized, solar power plants could spread across Turkey in a short time.
Turkey's key players in the energy sector convened at the 10th Turkish Energy Summit held in Antalya last week. One of the main topics addressed at the summit was renewable energy and the state of investments in this area.
As part of a meeting that was attended by representatives from the Energy and Natural Resources Ministry, the Energy Market Regulatory Authority (EMRA) and the energy sector, new steps for the further use of Turkey’s solar energy potential and the increase of investments in solar energy were agreed on.
Tourism sector reps also conveyed their demand in this regard. Hotels in Antalya, looking to shed some of their electricity costs, which run up to TL 50 million annually, demanded necessary regulations be made to build solar power plants in various parts of the city.
Cem Özkök, chairman of the board of directors of the Solar Energy Investors Association (GÜYAD), said that regulatory authorities have taken positive approach on this practice.
“Regulations on this issue, unfortunately, prevent Turkey’s use of its renewable energy potential. We held meetings where all sectors came together and shared their views,” Özkök said.
Pointing out that all sectors want to use solar energy, he stated that there is an inadequacy especially in rooftop solar panel installation.
“The plants to be installed on the roofs of hotels and factories with high energy consumption do not meet the needs. Furthermore, the roofs of most hotels are not suitable for installing solar power. Their demand is to use inefficient lands. However, the permission of the Ministry of Agriculture and Forestry is needed for this,” he added.
Underlining that they are against the use of fertile agricultural land, he expressed their wish to get permission to use rocky and infertile lands.
“These huge structures, which consume energy 24/7, should take advantage of this opportunity in a city like Antalya where daylight is long,” he said.
Indicating that investments in solar energy have come to a standstill in Turkey for the last two years, Özkök noted that the main reason for this is very large size of financial tenders.
He emphasized that the process on renewable energy resource areas should be accelerated and said it is not easy to find people who are willing to invest $1 billion in this area. However, he added that there are dozens of investors ready for smaller-capacity solar power plants with an investment of $20 million.
“At the point where the process comes to a deadlock, these investors are going to Africa and Balkan countries, since investment incentives there are very high at the moment and the amount of incentives given to renewable energy in particular attracts investors. The solar energy capacity of 6,700 megawatts is really insufficient for Turkey. We need to use it more,” he noted.
Last Update: Dec 20, 2019 1:03 am
RELATED TOPICS