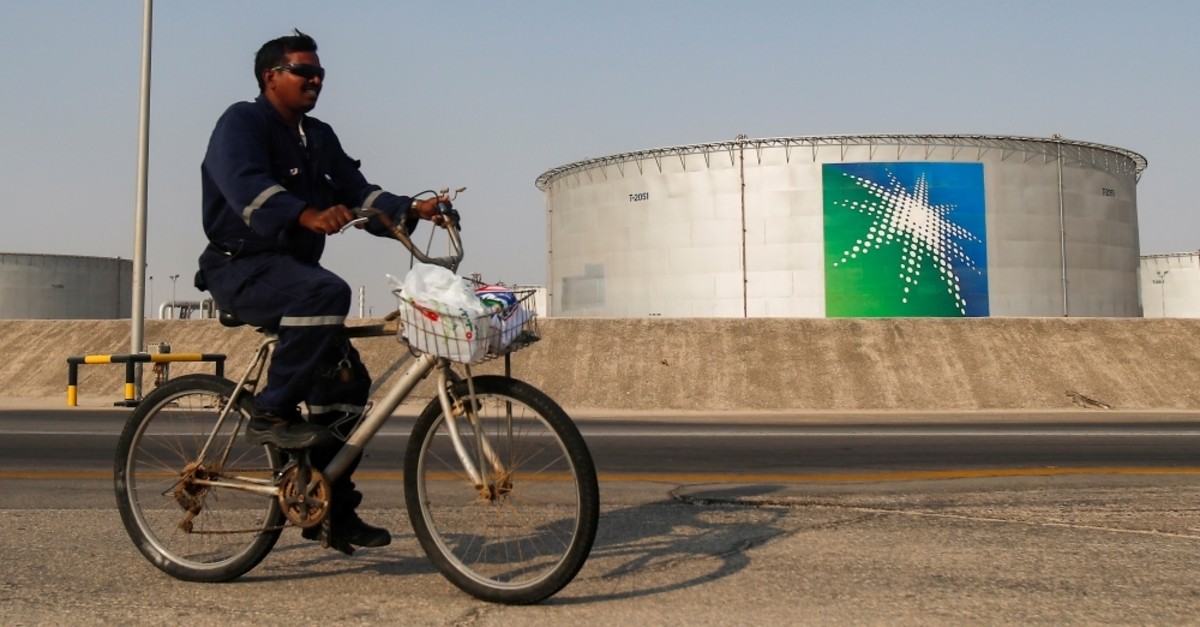 The world's largest oil firm Aramco is said could announce local listing plan next week and in case it brings in over $25 billion, it will be the world's largest initial public offering Saudi Arabia is setting the stage for a blockbuster listing of state oil giant Saudi Aramco in Riyadh, relying on easy credit for retail investors and pushing rich locals to invest with cash held abroad to achieve a $2 trillion valuation target

The world's largest oil firm could announce plans next week to float a 1%-2% stake on the kingdom’s Tadawul market before a possible international listing, launching an initiative that is central to Crown Prince Mohammed bin Salman’s economic diversification drive.

If the state raises more than $25 billion, it would be the world's biggest initial public offering (IPO), topping Alibaba's 2014 debut.

To capitalize on local interest, Aramco can take advantage of new market rules that allow issuers the flexibility to sell more shares to retail investors, likely exceeding the usual 10% seen in recent IPOs, two banking and one legal source said.

A government committee has met in the past few months with dozens of wealthy Saudi individuals to secure pre-sale agreements, two bankers and a potential investor said.

One source said those discussions included encouraging investors to repatriate cash held overseas to avoid draining too much liquidity from the Saudi banking system.

"The national interest requires bringing money from overseas," he said.

Aramco declined to comment and the government's media office did not respond to a request for comment.

"Listing first on the Riyadh exchange is a great opportunity for Aramco to access first the type of investors that might be most excited about the public offering," said Ellen R. Wald, president of Transversal Consulting and author of the book Saudi, Inc.

"Between the domestic Saudi enthusiasm for the company and government encouragement of investment in Aramco, Tadawul is bound to give Aramco the best opportunity for a high valuation.”

Bankers expect at least 6 million-7 million local investors to participate, more than took part in the $6 billion 2014 IPO of National Commercial Bank, which was 23 times oversubscribed.

"The IPO will be a gift from the government to the Saudi people and they will want as many of them as possible to take part in it," said a Riyadh investment banker.

Saudi investors see the IPO as a chance to own part of the kingdom's crown jewel and an opportunity to show patriotism after the attack on Aramco oil plants on Sept. 14 that temporarily knocked out more than half the country's output, which is now about 10 million barrels per day.

"I have seven boys and I wish I could invest in Aramco IPO for each of them," said retired civil servant Abu Abdullah.

Online adverts promoting the IPO to locals have gone viral.

"The Aramco IPO is a chance that comes once in a lifetime, and one must seize it," said a Saudi real estate investor.

Some foreign funds fear the domestic focus may crowd them out.

"It's quite a valuable asset we think is fairly well-run, but if all the cream is taken by locals it will be harder to attract foreign investors," said Marshall Stocker, portfolio manager at U.S.-based investment firm Eaton Vance.

"It's an important economic principle that investors are treated equally regardless of their nationality," he said.

A person familiar with the deal said the process was transparent for all institutional investors, including Qualified Foreign Investors registered with the Tadawul bourse, who can bid for the share allocation.

Besides helping to hit the valuation target of $2 trillion – a figure cited by the crown prince although bankers have suggested a lower number – a local listing will also aid Riyadh's efforts to promote Tadawul to investors abroad.

Bankers say Tadawul's membership in the MSCI Emerging Markets Index and FTSE Global Equity Index should boost demand for the IPO, but one source familiar with the transaction said the expected level of passive fund investment was uncertain.

"We are studying the opportunity. If we participate, most likely it would be the international space where we think liquidity should be greater," said Peter Marber, chief investment officer at active asset manager Aperture Investors.

Foreign funds bought more Saudi stocks this year after Riyadh entered both indices, but the Saudi market is down 4% year-to-date, as local institutions sold shares to prepare for the Aramco deal, fund managers and analysts say.

Tadawul should have enough liquidity for a 1%-2% Aramco float given daily trading worth 5 billion riyals in August, analysts say. Inflows from foreign passive funds helped lift trading from 3.2 billion riyals a year earlier.