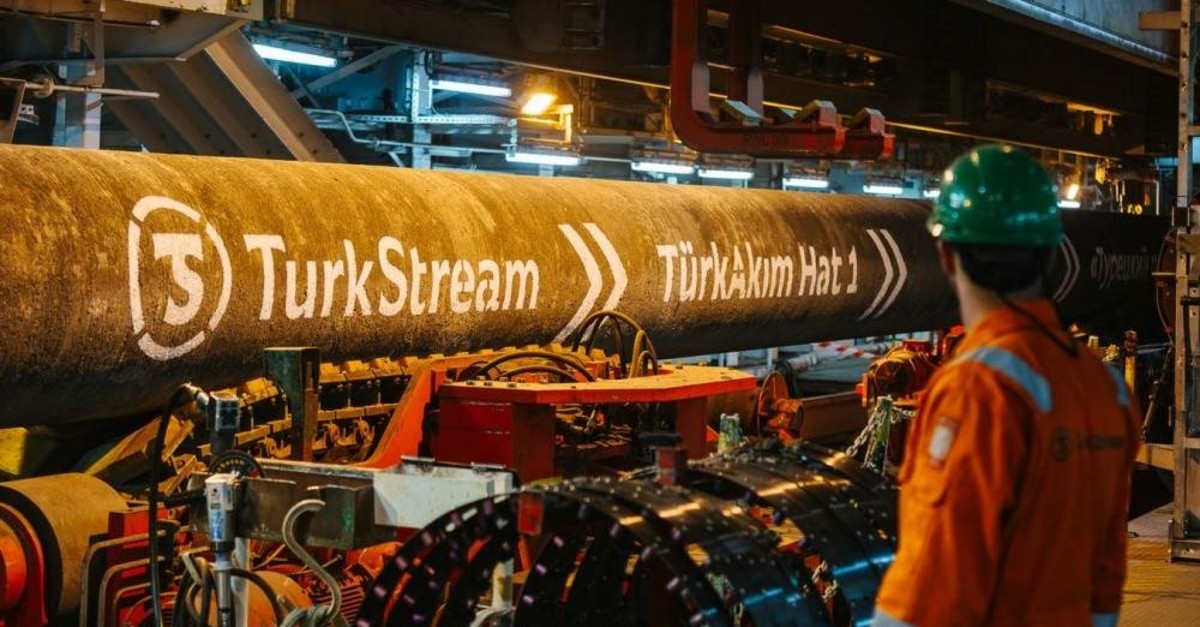 The first part of the TurkStream pipeline is being filled with gas in the final stage of tests before being put into operation later this year.
by Daily Sabah Oct 18, 2019 6:51 pm
Russian energy company Gazprom has started filling the first leg of the offshore section of the TurkStream gas pipeline with gas, the project operator announced Friday.
This is the final stage of testing the pipeline before putting it into operation later this year, South Stream Transport B.V. said. It noted that the first deliveries are scheduled for the end of this year.
“Filling the pipeline system with gas is a significant step toward the start of actual gas supplies to Turkey and South-East Europe through the new system of offshore gas pipelines,” the operator said.
The Russkaya Compressor Station, located on the Black Sea coast of Russia, provides the necessary pressure for the natural gas coming from Gazprom’s Unified Natural Gas Supply System to proceed under the sea.
The lines will be filled with natural gas from the landfall facility located in the Russian coastal city of Anapa to the receiving terminal in Kıyıköy on Turkey’s Black Sea coast. The construction of the receiving terminal has also come to the final stage.
TurkStream will have the capacity to transit 31.5 billion cubic meters (bcm) of gas per year, which is equal to the energy demand of 15 million homes.
The project consists of two lines across the Black Sea, the first of which will serve Turkey with a capacity of 15.75 bcm, while the second line is planned to serve Europe. Each pipeline is 930 kilometers in length, laid at depths reaching 2,200 meters.
After the first line is filled with natural gas, preparations will begin on the second line.
Of the two onshore lines, Turkey’s state-owned oil and gas trading company, the Petroleum Pipeline Corporation (BOTAŞ), is constructing the onshore line to connect to the Turkish grid and a BOTAŞ-Gazprom joint venture is building the second line toward Europe.
The project is the biggest-diameter offshore gas pipeline in the world laid at such depths. The world’s biggest construction vessel, the Pioneering Spirit, carried out the deep-sea pipe laying.
Last Update: Dec 20, 2019 1:07 am
RELATED TOPICS