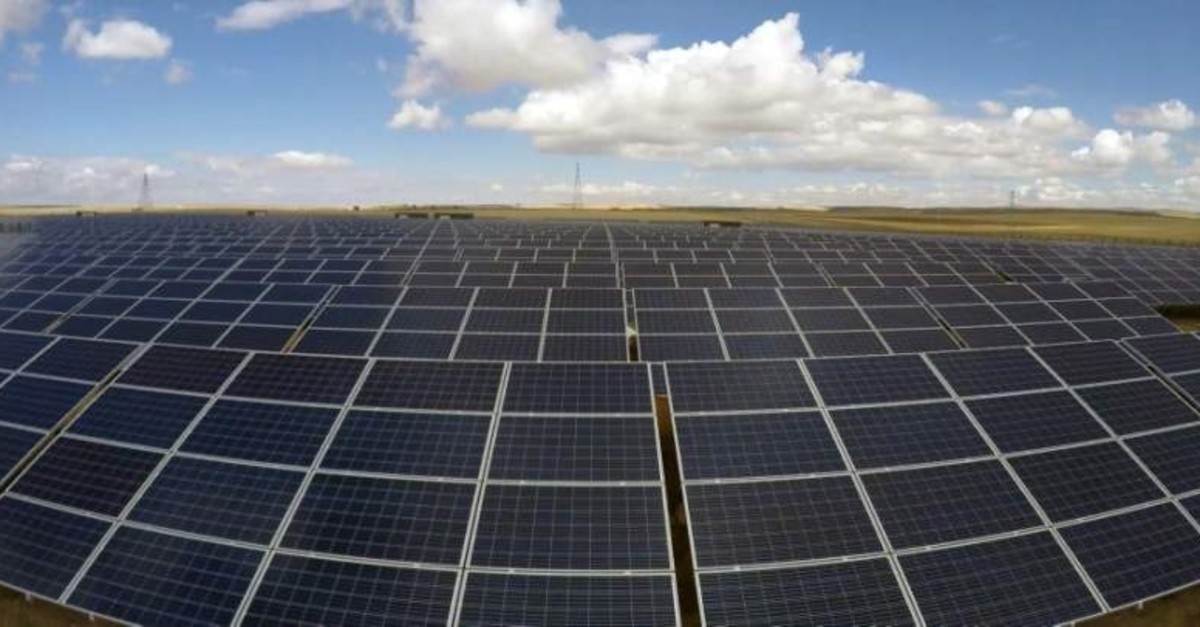 Turkey's installed renewable energy will be brought up to 63 gigawatts by 2024, placing it among the top five countries in Europe with the highest renewable-based capacity and ranking 11th in the world

Global renewable-based energy capacity is set to rise by 50% between 2019 and 2024, driven by solar photovoltaic (PV) installations in homes, buildings and across industry, the IEA’s Renewables 2019 report published yesterday said.

The increase will amount to 1,200 GW – equivalent to the current total energy capacity of the U.S. – and be driven by cost reductions and what the IEA described as “concerted government policy efforts.”

The expected growth comes after renewable capacity additions stalled last year for the first time in almost two decades. However, the renewed expansion remains well below what is needed to meet global sustainable energy targets, the IEA underlined in the report.

Solar PV accounts for 60% of the rise while distributed solar PV systems are due to be the main growth driver.

By the end of 2018, China had 730 GW of installed renewable power, and by 2024, it is expected to reach 1,219 GW – a level that will ensure that the country will continue to hold the title as the world's renewable energy leader in the coming five years.

The U.S., with 280 GW of installed renewable power by the end of 2018, will follow China as the second biggest renewables country. The U.S. will have 411 GW of installed clean energy power while India will reach 235 GW in 2024, the report forecasts.

Germany will have the fourth-highest renewable energy capacity with 166 GW. Brazil is set to build 156 GW of renewable-based power in 2024 to rank in fifth place on the global renewable leaders’ list.

Japan will follow with 153 GW. Canada and Spain are anticipated to reach 107 GW and 81 GW in 2024, respectively. France will create 80 GW while Italy is set to become the world's 10th country with the highest renewable energy capacity in 2024.
RISE IN RENEWABLE CAPACITY

This capacity will make Turkey one of the five countries in Europe with the highest renewable-based capacity ranking 11th in the world, the report findings show.

“This is a very important step for Turkey,” Heymi Bahar, senior analyst at the IEA, told Anadolu Agency (AA).

Turkey will follow Germany, France, Spain and Italy in Europe with its extended renewable power, he said, underlining that Turkey will see a technology shift in the coming five years as 75% of the additional installed renewable capacity between 2019 and 2024 will come from solar and wind.

According to the report, the most remarkable share in Turkey’s capacity increase will come from solar power installations.

Bahar commented that distributed power systems would open a new market in Turkey to follow the global trend in the sector.

“We expect that a growing number of distributed solar systems will be installed by factories, schools, organized industrial zones and markets which will have higher capacities compared to the household installations,” he said.

The country had 5.1 GW of installed solar power by the end of 2018, with only 0.5 GW coming from distributed systems out of this total solar capacity.

Wind will also play a key role for Turkey in the region, with new wind technologies and greater equipment production, Bahar said, noting that offshore wind is an area that has great potential.

The wind sector will mark the second-highest rise of 5.9 GW by 2024 ensuring Turkey's total installed wind capacity will reach 12.9 GW.

“Considering the fact that Turkey is surrounded by sea on its three sides, the country has good potential for offshore wind energy production. Despite the fact that we do not forecast any offshore capacity installations in Turkey until 2024, we think the offshore market could grow in the longer future,” he said.

According to the report, Turley’s hydropower will reach 31 GW in 2024 with an 11% growth rate compared to the 28 GW of installed capacity at the end of 2018. Geothermal and bioenergy capacities will also rise to 2.1 GW and 1.5 GW, respectively by 2024.

In total, Turkey will add almost 21 GW to its installed renewable energy capacity between 2019 and 2024.