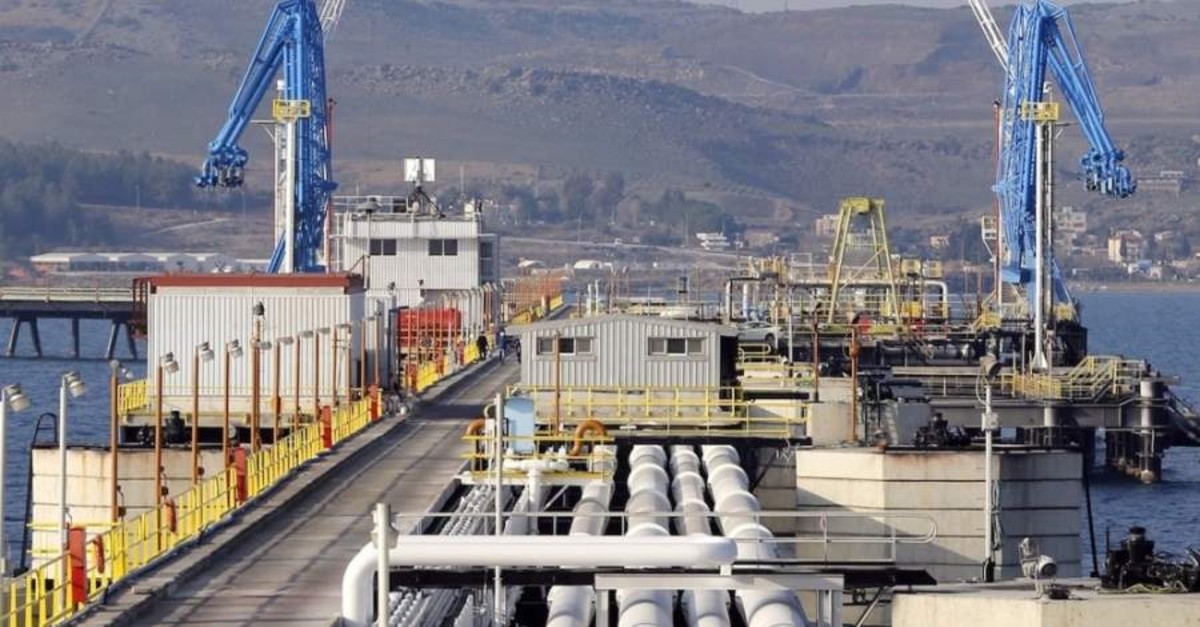 Increasing regional trade, which will increase with the provision of energy security as a result of Turkey's Operation Peace Spring, will allow for greater oil trade between Ankara and Baghdad

Turkey’s Operation Peace Spring in Syria will strengthen energy infrastructure security in the region once it is completed, political think tank Wise Men Center for Strategic Studies (BILGESAM) Research Coordinator Ali Semin said.
The operation will particularly shield the new Kirkuk-Ceyhan oil pipeline that crosses near the Syrian border, Semin noted.
The new pipeline plans to deliver 1 million barrels per day, up from the current volume of around 300,000 barrels per day through the current pipeline.


This is good news for boosting bilateral trade between Turkey and Iraq in the face of U.S. sanctions on Iran, which has curtailed Turkey’s oil imports, Semin told Anadolu Agency (AA).
Turkey and Iraq discussed the construction of the new oil pipeline to run parallel with the existing Iraq-Turkey oil pipeline, also known as the Kirkuk-Ceyhan pipeline, during a meeting between Energy and Natural Resources Minister Fatih Dönmez and Iraq’s Oil Minister Thamer Ghadhban in Bagdad in late August.
During the meeting, among the variety of energy projects discussed was the extension of the Kirkuk-Ceyhan pipeline. Ghadhban had conveyed the Iraqi Oil Ministry’s intention to construct a new oil pipeline to carry Iraq’s crude oil from Kirkuk to the Turkish border on the old route, with the Iraqi government’s approval.
Dönmez responded positively to the proposal and said the new parallel pipeline, which would stretch almost 1,000 kilometers (621 miles) from Kirkuk to Ceyhan, would be in a position to carry oil resources not only from the north of Iraq but also from other regions.
The existing Iraq-Turkey pipeline stretches almost 1,000 kilometers (621 miles) from Kirkuk to Turkey’s southeastern port of Ceyhan in the Mediterranean Sea. However, the Kirkuk portion of the pipeline was severely damaged after being sabotaged by Daesh terrorists and it has not operated since March 2014.
On the other hand, following the U.S. decision not to extend temporary waivers provided for the main importers of Iranian crude oil in April, Turkey’s crude imports from Iraq have surged.
According to data from Turkey’s energy watchdog, the Energy Market Regulatory Authority (EMRA), Turkey increased its oil imports from Iraq in December 2018 and January 2019, when it bought 798,298 tons and 726,115 tons of crude from its southern neighbor, respectively.
In November 2018, when the total crude imports were only 1.13 million tons, the country’s top supplier was again Iraq with 321,859 tons.
Iraq sold Turkey 528,983 tons of crude in February and 465,338 tons in March. In April, a total of 437,129 tons of crude bought from Iraq while total amount of imports were recorded at 2.3 million tons. As Turkey’s crude imports soared in May to 2.6 million tons, purchases from its southern neighbor jumped to 757,447 tons, recording a 73% rise on a monthly basis.
The data showed that Turkey imported the most crude oil from Iraq at 898,915 tons in June. In July, imports from the country reached 924,111 tons.
“The U.S. sanctions on Iran affect Turkey since Turkey cannot receive oil supplies from Iran anymore. Thanks to the new Kirkuk-Ceyhan pipeline with more capacity, Turkey will be able to restock its supplies,” said Semin.
Iraq’s daily oil output is around 5 million barrels, and with the new pipeline, Turkey will not only secure its demand but also take an important step toward its role as an energy transit country in the future, earning around $1 per barrel for transit.
On Oct. 9, Turkey launched Operation Peace Spring to eliminate Daesh and the PKK-affiliated People's Protection Units (YPG) terrorists from northern Syria to secure Turkey's borders, aid in the safe return of Syrian refugees and ensure Syria's territorial integrity. U.S. troops have been withdrawing from the region since a few days before the operation began.
On Oct. 17, Turkey and the U.S. agreed to a 120-hour pause in the Syria operation in order to allow the withdrawal of YPG terrorists from the planned safe zone. President Recep Tayyip Erdoğan and U.S. Vice President Mike Pence also agreed on Turkey having a 32-kilometer safe zone south of the Turkish border in Syria. The agreement on the 120-hour pause ran out late yesterday.
Semin argues that the clearance of the groups; namely the YPG, the affiliate of the PKK which is deemed a terrorist group by the U.K., U.S. and Europe jointly, in northern Syria will allow for more secure supplies via Iraq which will also give Turkey the upper hand against competition from Iran.
GAS, ELECTRICITY AND WATER COOPERATION
Gas cooperation will also be beneficial through the military intervention, Semin said.
Turkey needs to diversify its gas sources with Iraq offering alternative supply sources in the future.
According to the Organization of the Petroleum Exporting Countries (OPEC), Iraq has the 11th largest natural gas proven reserves with 3,729 billion cubic meters. However, Iraq at the moment is unable to export natural gas due to a lack of sufficient infrastructure.
Turkey supplies electricity to the Iraqi city of Duhok and aims to extend this electricity line up to Mosul, a task that can only happen in a more peaceful environment.
Water is also a key resource for cooperation between Turkey and Iraq.
Turkey built the Ilısu Dam near the Iraq border, which started operations in February 2018, however, in July this year it went out of service due to water shortages in the country.
Iraq has for many decades battled water shortages. This culminated this summer in a crisis in Basra when at least 118,000 people were hospitalized due to symptoms doctors identified as related to water quality, according to Human Rights Watch.
“One barrel of water will equal to one barrel of oil in the future,” Semin said.
Last Update: Dec 20, 2019 1:11 am
RELATED TOPICS