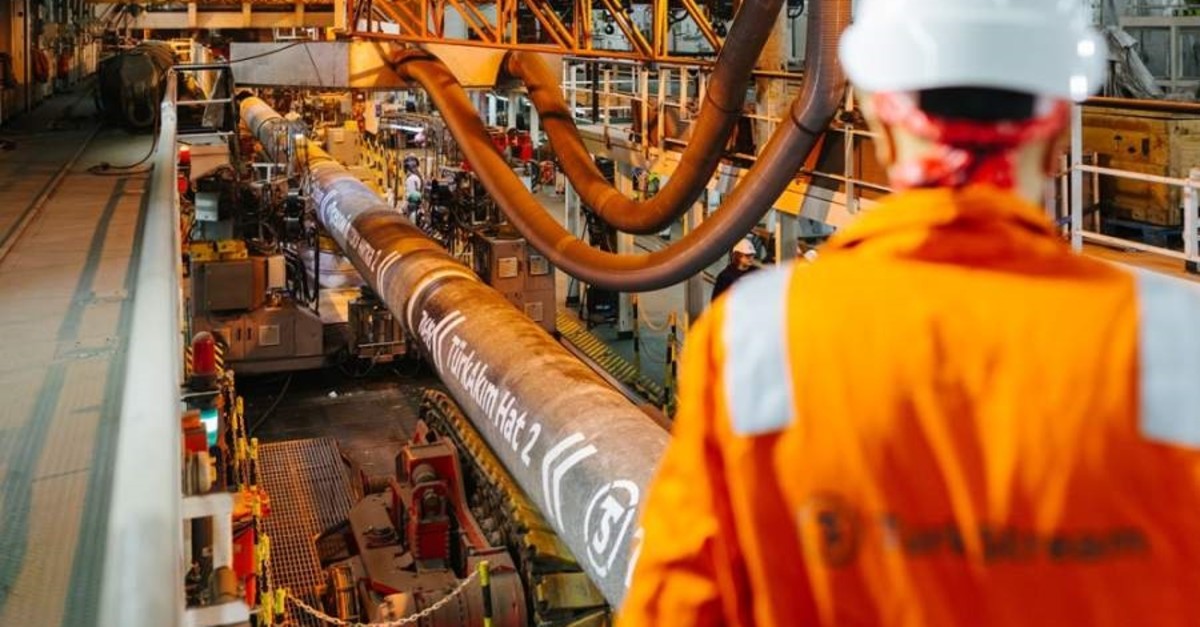 Poised to be commissioned later this year, the TurkStream natural gas pipeline will have a regional impact and will change the gas flow in the region as it will be reducing the transit through Ukraine and most of the existing Trans Balkan Pipeline system will become empty

The impact of the dual TurkStream (TS) natural gas pipeline will be significant in changing the region’s gas flow patterns, according to Julian Bowden, a senior visiting research fellow at the Oxford Institute for Energy Studies on Monday.

In his report titled “SE Europe Gas markets: Towards Integration,” Bowden said the regional impact could be felt overnight.

"There is a near perfect fit between the first line's capacity of 15.75 billion cubic meters per year and the current Russian export volumes to Turkey through the TBP," he said. "It [TS] will facilitate southeast Europe’s interconnectivity through the building of the onward second line through Bulgaria and Serbia."

TurkStream will have the capacity to transit 31.5 bcm of gas per year, which is equal to the energy demand of 15 million homes.

The project consists of two lines across the Black Sea, the first of which will serve Turkey with a capacity of 15.75 bcm, while the second line will serve Europe. Each pipeline is 930 kilometers in length, laid at depths reaching 2,200 meters.

Bowden explained that given that it is not clear whether the 15.75 bcm is an annual maximum capacity, or whether maintenance down-time and other factors are included, the current Russian flow of 10-13 bcm per year to Turkey could be immediately diverted from Ukraine and the TBP into TurkStream's first line to replace it.

There will also be a loss of significant transit revenues for the Transmission System Operators, Bowden explained, referring to the second line of the TurkStream that is destined to carry gas to Europe.

By 2020, Russia should be able to divert 19 bcm away from Ukraine, Bowden said.

However, the expert said to maximize gas diversion away from Ukraine, Russia would need to put all its Greece, Bulgaria and Republic of North Macedonia exports into TurkStream's second line, use the new interconnector to the Bulgarian border and then into the reversed TBP feed.

Speaking in a Moscow briefing with his Bulgarian counterpart Ekaterina Zaharieva, Russian Foreign Minister Sergei Lavrov said Bulgaria has promised to complete its stretch of the TurkStream by 2020, as planned.

Earlier on Monday, Bulgaria opened the 11-kilometer pipeline that links its gas transport network with Turkey as part of its push to transport Russian natural gas from TurkStream to central Europe and inspected the laying of pipes Arkad has started in northwestern Bulgaria.

The pipeline stretch is part of Bulgaria’s plans to link its southern border with Turkey to its western frontier with Serbia and provide a link to the Russia-backed TurkStream twin pipeline to Serbia, Hungary and Austria.

The project emerged in 2015 as a radically reconfigured South Stream project, the route of which the TurkStream project follows.

The timeline for the project's completion is on schedule, and the completion of the first line is anticipated by the end of the year.

The schedule for first gas by December 2019 looks very realistic, especially for the first line gas that is destined for Turkey, Bowden said.

Last week, Russia’s Gazprom began filling the first part of the TurkStream pipeline, which runs via the Black Sea, with gas. This is the final stage of testing the pipeline before putting it into operation later this year. The first deliveries are scheduled for the end of this year.

The gas-receiving terminal in Kıyıköy, located in Turkey's Kırklareli province in the northwest to receive gas via the first line across the Black Sea from Russia, is 95% complete as of Aug. 14.

With the same route and engineering as the South Stream, the TurkStream project took shape very quickly after the signing of the intergovernmental agreement between Turkey and Russia.

Turkey's BOTAŞ, the domestic natural gas pipeline system operator, and Russia’s energy giant Gazprom signed a memorandum of understanding almost at the same time as the South Stream was canceled. And in October 2016, Russian and Turkish governments signed the agreement to build it.

A 140-kilometer-long pipeline to connect to the second TurkStream line from the Kıyıköy receiving station to Malkoçlar on the Turkey-Bulgaria border to carry gas to Europe has to be built. The line will be operated through a 50/50 joint venture between Turkey’s state petroleum company, BOTAŞ, and Gazprom.

"The initial capacity is understood to be 10 bcm per year, with expansion to 17 bcm per year possibly by 2022. It will connect to the existing TBP at Malkoçlar, which will then operate in reverse flow back into Bulgaria," Bowden said.