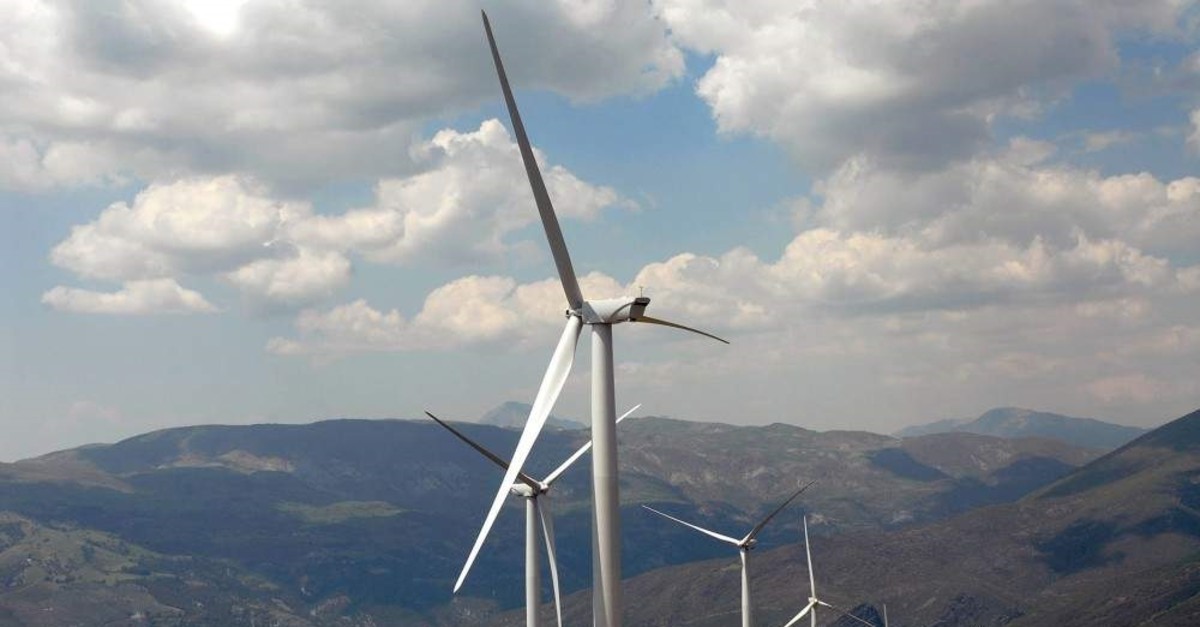 The eighth Turkish Wind Energy Congress, held in the capital Ankara on Nov. 5-6, emphasized the enormous progress Turkey has made in enhancing its wind energy and renewables, while sector leaders pointed out that Turkey still has the potential to grow its market further.

“Turkey has everything it needs to maximize its market – wind, land, regulations. Turkey is sizeable; we have a good basis to work with,” Nordex CEO Jose Luis Blanco Dieguez said, adding that Turkey having a strong and stable market greatly helps the sector.

Organized by the Turkish Wind Energy Association (TWEA), the congress hosted sessions to discuss various topics related to the wind energy sector. The event brought together many companies and senior executives both from Turkey and abroad, including the CEOs of global giants in wind turbine production.

Intense efforts put forward by the public and private sectors have led to a profound increase in electricity generation from renewable energy resources, which claimed 46% of total production on a monthly basis between January and October this year.

Alfonso Faubel, onshore CEO of Siemens Gamesa Renewable Energy, said that the industry needs to be developed despite disruptions to the market due to global unrest from ongoing conflicts, the U.S.-China trade war and Brexit. “The Turkish wind energy sector is one of the best in terms of prices and capacity,” he said.

Combined local and renewable energy resources saw a total share of 64% in electricity production between January and October this year, marking a record high.

The leaders of the sector underlined that progress in wind energy would also greatly benefit the public by creating jobs and reducing energy prices, while it is also an effective way of tackling climate change.

Speaking to Daily Sabah, Nordex Energy Sales Manager Habib Babacan said: “We currently have projects for the Turkish market and plan on more in the future, amid our production of generators, towers and blades. We expect the employment increase to be 15%-20%,” he said, adding that the participation of high-level executives of global turbine producers in the conference for the first time showed the degree to which Turkey's energy sector has expanded.

Ankara set a goal of raising the share of domestic, renewable sources up to two-thirds in the National Energy and Mining Policy, a doctrine announced in April 2017, outlining the key elements of Turkey's energy policy.

Currently, Turkey produces 8% of its electricity from wind energy but with increasing energy demand expected over the next three years due to economic growth, Turkey aims to raise this share to 10%.

The conference contributes hugely to the sector by opening a platform for discussion with the stakeholders of both the public and private sectors, aiding in the development of the industry.

The International Energy Agency’s (IEA) latest renewable energy market forecast report, IEA’s Renewables 2019, said Turkey had 42 GW of installed renewables at the end of 2018, and is set to increase by 50% between 2019 and 2024 to reach around 63 GW. This capacity will make Turkey one of the top five European countries for renewable-based capacity, ranking 11th in the world, the report said.

However, even though great progress was made in the wind energy sector in recent years, Turkey still has a lot more potential to tap into, which would be more easily realized if procedures were accelerated. “We ask the government to ease procedures. Sometimes the procedures take up to three years, which halts investment while we want to boost investment (in wind energy) and minimize the current deficit,” explained Ali Karaduman, general director of Güriş. To launch a project, permits from 26 institutions are required, Karaduman said, adding that unjust lawsuits also hinder the sector.

Demirer Holding CEO Erol Demirer also touched upon the issue, saying, “Even though the sector started off successfully, it has begun to slow down and the process of permits started to grow longer.”

Adding that the sector wishes the acceleration to continue in the upcoming years, Babacan stated: “The greatest demand of the sector currently is for the uncertainties facing the industry to become clear – especially how local production, which has reached a certain point, will be supported, how incentives will be in the coming years and when new project applications will start.”