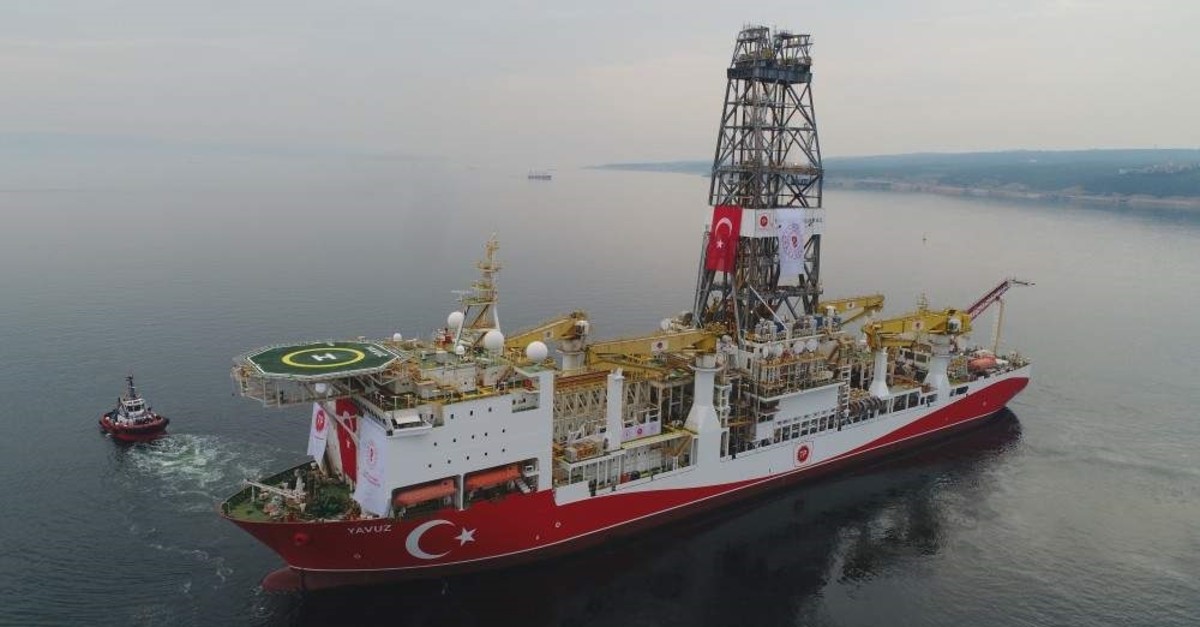 The indigenousness of Turkey’s drilling vessels in the Eastern Mediterranean is highly significant for the country in terms of warding off international pressure, an official from Turkey's main oil exploration company Turkish Petroleum (TPAO) stressed on Wednesday.

“Two of the seven ships that continue drilling activities in the Eastern Mediterranean are Turkish. Today, we see even more clearly that if we didn’t have domestic ships, we probably wouldn’t have carried out these drilling activities,” Ahmet Türksoy, head of the strategic development department of TPAO, said at the 12th International Energy Congress and Expo in Ankara.

Turkey, as a guarantor nation to the Turkish Republic of Northern Cyprus (TRNC) and supporter of its rights to Eastern Mediterranean resources, is currently conducting hydrocarbon exploration with its drilling vessels Fatih and Yavuz along with the country's two other seismic vessels.

Türksoy underlined that Ankara has continued drilling activities with four deep sea wells and three shallow sea wells this year, including Güzelyaka-1 in the Marmara Sea and Alanya-1, Finike-1, Güzelyurt-1, Kuzupınarı-1, Karpaz-1 and K.Erdemli-1 in the Eastern Mediterranean. The country also aims to open five new deep sea wells in the Eastern Mediterranean in 2020, according to Türksoy.

Greek Cyprus unilaterally declared a total of 13 so-called parcels in the Eastern Mediterranean as its Exclusive Economic Zone (EEZ) and allowed international oil and drilling companies to operate in these areas, which are anticipated to hold rich hydrocarbon reserves.

French Total and Italian ENI will eventually begin in the contested Block 7, for which the Greek Cypriot administration provided concession to the Franco-Italian consortium in violation of the rights of Turkey and the TRNC.

Sources from the Greek Cypriot administration said the French and Italian companies will commence drilling in Block 7 at the end of 2020 or early 2021, Athens-based news outlet Ekathimerini reported. The consortium will begin by conducting drilling activities in blocks 6 and 8, where it has more research data to work with. An official from the Greek Cypriot administration reportedly told Sigma TV that the consortium will launch new exploration work at the points that they predict will yield best results at this time.

At an event last month in Rome, Eni's CEO Claudio Descalzi said he was not worried about Turkey's moves but noted that "if someone turns up with warships, I won't drill wells," adding, "I certainly don't want to start wars for wells."

Speaking on the Turkey’s development of liquefied natural gas (LNG) infrastructure, Yaşar Arslan, chairman of Turkish Natural Gas Distributors Association (GAZBİR), said that Turkey’s LNG import rate corresponded with 25% of its consumption in 2018, adding that storage capacity in the country will be increased to 10 billion cubic meters from 4.5 billion cubic meters by 2023. “Also, significant steps have been taken in supply security,” he said.

Turkey imported 23.29 billion cubic meters of natural gas via pipelines and LNG terminals in the first half of 2019 – a 10% decrease from 25.95 billion cubic meters in the same period a year ago. The decline in gas imports resulted from the low demand from gas-fired power plants in the electricity sector. In fact, winter was relatively soft and renewable power production – especially from hydropower generation – reached peak levels through spring 2019.
SOCAR TO MAKE NEW INVESTMENTS

“We have already made $19.5 billion in investments in Turkey, which make us the biggest investor in the Turkish Republic’s history, and we will continue with our new projects,” Gahramanov stressed.

He added that the new projects are expected to decrease Turkey's current account deficit by $5-6 billion annually by substituting imports with domestic production.

The Azerbaijani energy giant has been operating in Turkey for more than 10 years, and it plans to establish a new petrochemical complex. The Azerbaijani giant has so far realized $14.2 billion of its planned $19.5 billion investments in Turkey to be made by 2020. Last year, two countries inaugurated the largest single-location real sector investment in Turkey – the STAR refinery – in İzmir's Aliağa district. The $6.3-billion refinery is poised to be one of the biggest petroleum and gas operations in Europe, the Middle East and Africa.