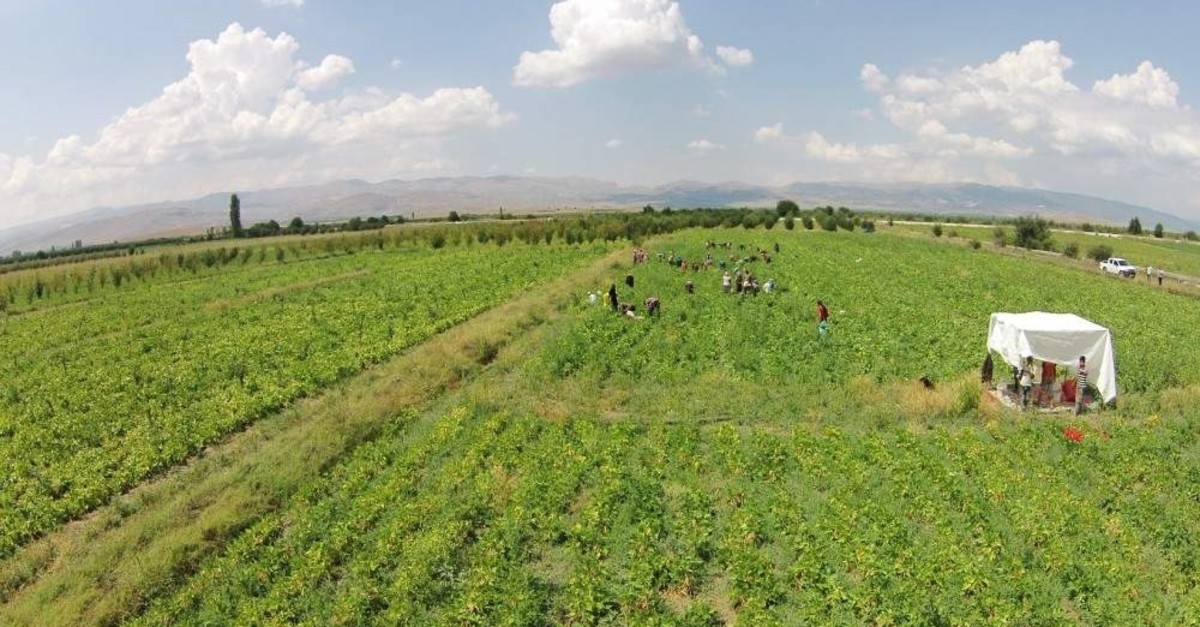 The Sustainable Use of Biomass Project will reduce 440,000 tons of carbon emissions in Turkey by generating energy from agricultural waste. (IHA Photo)
by Anadolu Agency Nov 13, 2019 7:46 pm
Turkey's first state-backed biomass energy project, the Sustainable Use of Biomass Project, will assist the development of Turkey's economy toward green growth, according to the project’s manager.
The ongoing five-year-long project aims to repurpose agricultural residues for use in the production of energy. Farmers usually burn these residues causing emissions of a number of atmospheric pollutants.
Project manager Figen Ar told Anadolu Agency (AA) Tuesday that instead, the energy produced would be used in the form of heat, cooling and electricity in the agricultural food industry.
Ar, who is also CEO of energy, chemistry, food and agriculture at 3AR Energy, said that modern bioenergy technologies would be effectively utilized to improve energy performance, increase competitiveness in the agricultural sector and reduce greenhouse gas emissions.
The project, which is being carried out by the General Directorate of Research and Policies (TAGEM) and the Industrial Development Organization of the United Nations (UNIDO) will see the collection of agricultural waste from various regions in Turkey to generate biomass energy to reduce 440,000 tons of carbon emissions.
The sites for the biomass factories around the country will be made known in the coming months where about 10,000 megawatts (MW) of power will be produced, Ar said.
She explained that Turkish coal (lignite) has an average heating value of 2,100 kilocalories (kcal) per kilogram while in comparison sunflower stalks, a residue used for biomass production, has almost double that at 4,060 kcal per kilogram.
With the project, Ar said that the aim is to fully exploit the potential of agricultural residues in a country that is agriculture-based and which has very fertile ground for producing such energy.
“We will disseminate the conversion of agricultural residues; such as sunflower, cotton, rice husk to renewable energy by using modern bioenergy technologies. This will reduce the equivalent of 440 tons of carbon-dioxide emissions," she said.
With an emphasis on raising awareness for renewable energy production through agricultural waste, she said that biomass is the only renewable energy source that provides continuous production of electricity, heat and fuel.
"The project enables us to repurpose and utilize agricultural waste to produce energy. Biomass energy use in the agricultural food industry will contribute to the development of the biomass sector in our country," Ar concluded.
Last Update: Dec 20, 2019 1:40 am
RELATED TOPICS