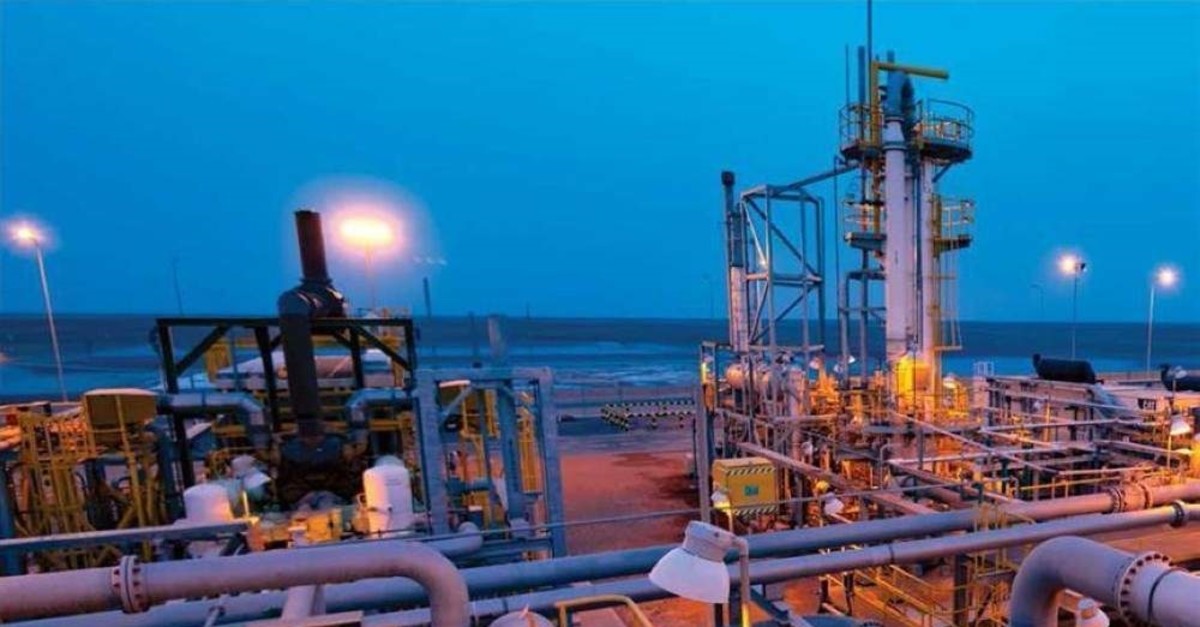 Canadian energy company Valeura's production revenue in the third quarter reached $2.9 million, an increase of 19% over the same quarter in 2018.
by Anadolu Agency Nov 13, 2019 7:46 pm

Canadian energy company Valeura has focused on the stimulation and testing of the İnanli-1 well in Turkey’s Thrace Basin during the third quarter of this year as all four zones produced gas at stabilized rates, the company announced Wednesday.

Valeura said the production revenue in the third quarter was $2.9 million, a 19% increase over the same quarter last year, and a decrease of 12.4% from the second quarter of 2019.

"This reflects lower production volumes during the quarter, partly offset by higher realized prices. Price realizations in Q3 2019 averaged $9.64 per million cubic feet, an increase of 45% over Q3 2018 and an increase of 13% over Q2 2019.

"The higher prices are the result of a period of relative stability in the value of the Turkish Lira coupled with Turkey’s Petroleum Pipeline Corporation (BOTAŞ) reference price increase of 15% on Aug. 1, 2019," Valeura said.

Exploration and development capital spending was modest in the third quarter at $1.1 million as most operational activities were focused on the İnanlı-1 well stimulation and testing program, where Equinor funded 100% of the cost of operations.

As of Sept. 30, 2019, Valeura had a net working capital surplus of $52.8 million compared to $52.3 million on June 30, 2019, which the company said was as a result of increases in Valeura's cash position associated with funds flow from production.

Data from the İnanlı-1 well is being analyzed in conjunction with petrophysical and core data acquired during drilling operations to further correlate results and continue refining the forward appraisal program, the company said.

According to Valeura, the company is now focusing its attention on building an understanding of the lateral continuity of the play, and accordingly, has moved test equipment to the Devepınar-1 well, 20 kilometers to the west of İnanlı-1.

"Stimulation and testing operations are underway, and the company will share flow results in due course. This program is being funded by Equinor [50%], Valeura [31.5%] and Pinnacle Turkey [18.5%]," it explained.

The results of testing from Valeura's deep wells, taken together with core and petrophysical data, will inform the forward work program for 2020 and beyond.

"The company’s goal remains to identify those zones which offer the best opportunity for further targeted appraisal work, so as to demonstrate the potential for the commerciality of the play. Accordingly, Valeura is conducting scenario planning for its next appraisal steps and will disclose its 2020/2021 work program once the testing operations are complete and the data have been analyzed," Valeura said.

“I'm pleased with our third-quarter performance as operating conditions in the country remained favorable for the industry and as the testing program of our deep gas appraisal continued as planned," Sean Guest, president and CEO of Valeura said.

Guest added that "encouragingly," all zones tested to date flow gas adding that Valeura is at the cusp of the next exciting phase of its stimulation and testing program alongside partner Equinor, with operations now underway at the Devepınar-1 well.

"At the same time, it's important to highlight to everyone the strength of our company. Valeura has over $50 million in cash and holds no debt," Guest stressed.