Energy minister: TurkStream project to be completed by year-end 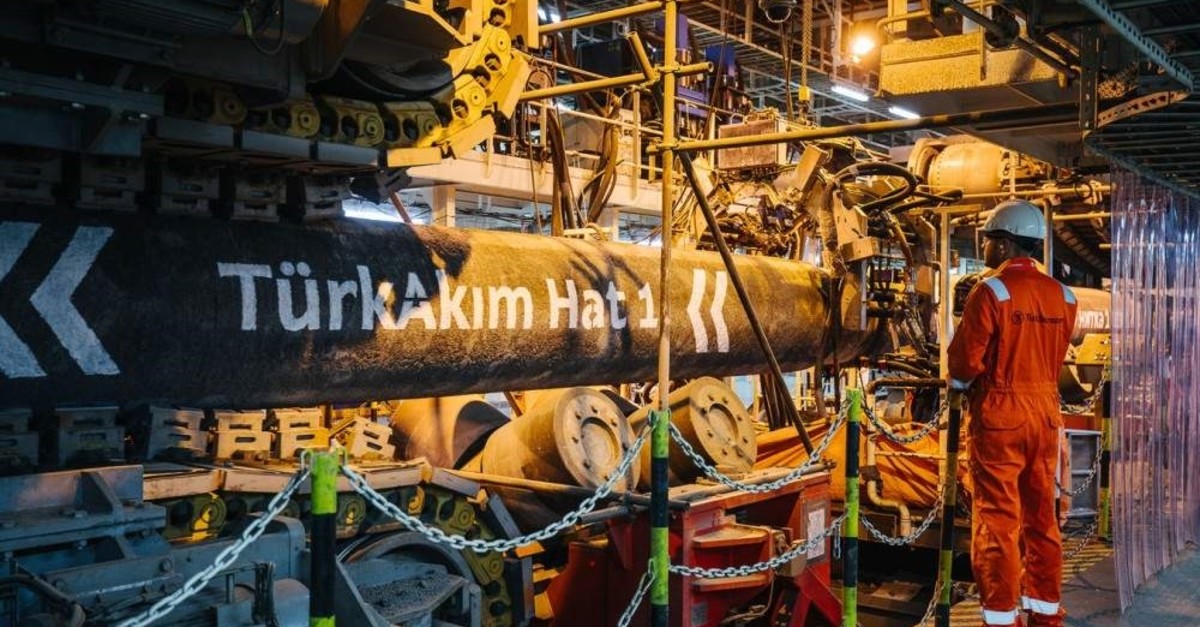 Works on both lines of the TurkStream natural gas pipeline project will be completed by the end of the year, Energy and Natural Resources Minister Fatih Dönmez said Saturday.

“God willing, if all goes well, we will have completed the project by year-end,” he told reporters after his meeting with the technical team at the construction site of the TurkStream project in the Vize district of northwestern Turkey's Kırklareli.

TurkStream will have the capacity to transit 31.5 billion cubic meters (bcm) of gas every year, which is equal to the energy demand of 15 million homes.

The project consists of two lines across the Black Sea, the first of which will serve Turkey with a capacity of 15.75 bcm, while the second line will serve Europe. Each pipeline is 930 kilometers in length, laid at depths reaching 2,200 meters.

Both TurkStream 1 and 2 will come ashore from the receiving terminal in Kıyıköy on Turkey’s Black Sea coast, the minister noted.

“We connect TurkStream 1 to the main national transmission line of the Petroleum Pipeline Corporation (BOTAŞ), Turkey’s state-owned oil and gas trading company, with a distance of 69-70 kilometers. The second line will be transferred to Europe at Malkoçlar location on the Bulgarian border, 142 kilometers away,” the minister explained.

Dönmez said TurkStream reached its target despite the difficult geographical conditions. “I congratulate all our friends here. They have undertaken a major project. This is not a first for BOTAŞ, which has previously carried out such projects sometimes individually and sometimes in collaboration with its business partners,” Minister Dönmez added, referring to another major energy project, the Trans-Anatolian Natural Gas Pipeline (TANAP).

The 1,850-kilometer TANAP forms the backbone of the Southern Gas Corridor (SGC), a project to increase and diversify European energy supply by bringing gas resources from the Caspian Sea: Shah Deniz 2 gas from Azerbaijan to Turkey and through Turkey to Europe markets.

Dubbed the Silk Road of Energy, the historic TANAP project was officially launched on June 12 last year at a grand ceremony in the central Turkish city of Eskişehir.

“TANAP is one of our most important projects. We are planning its full inauguration as Nov. 30 with a ceremony hosted by both the President of Azerbaijan and our President. May both of our lines be beneficial for both our nation and the countries of the region,” the minister added.

He further stated that Europe had been trying to ensure energy security through long-term agreements on safe routes for years, underlining Turkey’s importance as a transition point and a partner in this regard.

“TurkStream will have arrived directly under the Black Sea without using any country's territory or territorial waters,” he said, recalling that previously, the line from the west was coming via Ukraine, Romania and Bulgaria. “As a matter of fact, we had problems in those regions from time to time in the past. Now we will never experience those problems anymore,” he noted.
“In that sense, we will contribute to the energy supply security of Central Europe, in particular, the Balkans in the near geography. Just as we are working to diversify energy resources, the EU has pursued important efforts to diversify resources and routes for many years. Turkey will continue to act today and tomorrow insofar as the circumstances permit, just as it did yesterday,” he said.