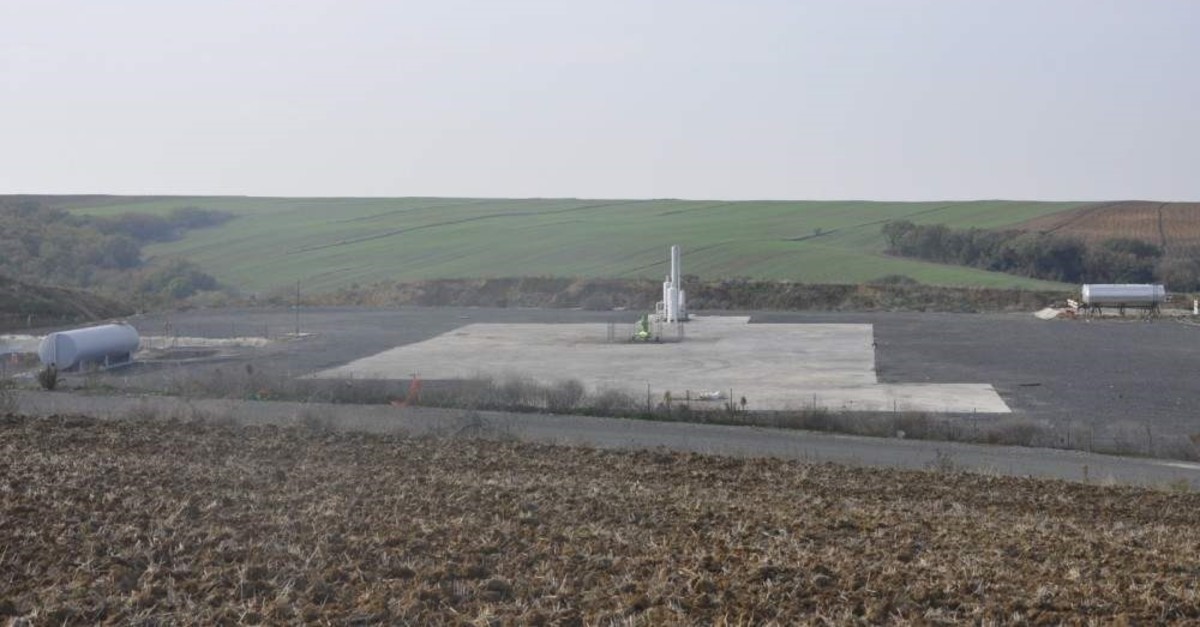 Norwegian Equinor and Canadian Valeura have reportedly discovered huge gas reserves in the Turkish Thrace province of Tekirdau011f following onshore explorations. (IHA Photo)
by Daily Sabah with IHA Nov 20, 2019 6:37 pm
The exploration operations by the Norwegian energy giant Equinor, previously Statoil, and Canadian energy firm Valeura in Turkish Thrace have reportedly resulted in a gas discovery of 286 billion cubic meters (bcm), corresponding to nearly five years of Turkey’s gas demand.
The discovery in the Thrace province of Tekirdağ’s Muratlı district was reported to be in the field of a local farmer. Equinor and Valeura’s discovery was also hailed by the people in the Yukarısırt village in Muratlı.
Yukarısırt village mukhtar (local leader) Şerif Yıldırım told reporters yesterday that the villagers are happy about the news of the gas discovery and noted that other regions are also expected to have gas reserves.
In 2016 Equinor farmed an onshore acreage operated by Valeura Energy Inc., a Canadian exploration company listed on the Toronto Stock Exchange. Equinor holds a 50% interest in formations deeper than 2,500 meters within the Banarlı and West Thrace licences. Valeura holds 50% in the deep formations in the Banarli licence, and 31.5% in the deep formations in West Thrace. The remaining 18.5% in West Thrace is held by Pinnacle Turkey.
Mukhtar Yıldırım stressed that the villagers are closely following gas exploration operations by the companies. “We have heard from the workers that this region has huge gas reserve potential. The prices of our lands and fields have soared after the news,” he said.
Süleyman Berk, a real estate expert in Muratlı, also stressed that the value of the lands in the region surged 40%.
Equinor enhanced its presence in Turkey since the late 1990s by opening an office in Ankara in September 2018. Valeura and Equinor are yet to evaluate the results of the drilling to determine the commercial viability of the reserves.
Equinor's partner Canadian company Valeura said on Nov. 13 that its main focus during the third quarter of 2019 was on the simulation and testing of the İnanli-1 well in Turkey's Thrace Basin, as all four zones produced gas at stabilized rates.
According to Valeura, data from the İnanli-1 well is being analyzed in conjunction with petrophysical and core data acquired during drilling operations to further correlate results and continue refining the forward appraisal program.
Last Update: Dec 20, 2019 1:49 am
RELATED TOPICS