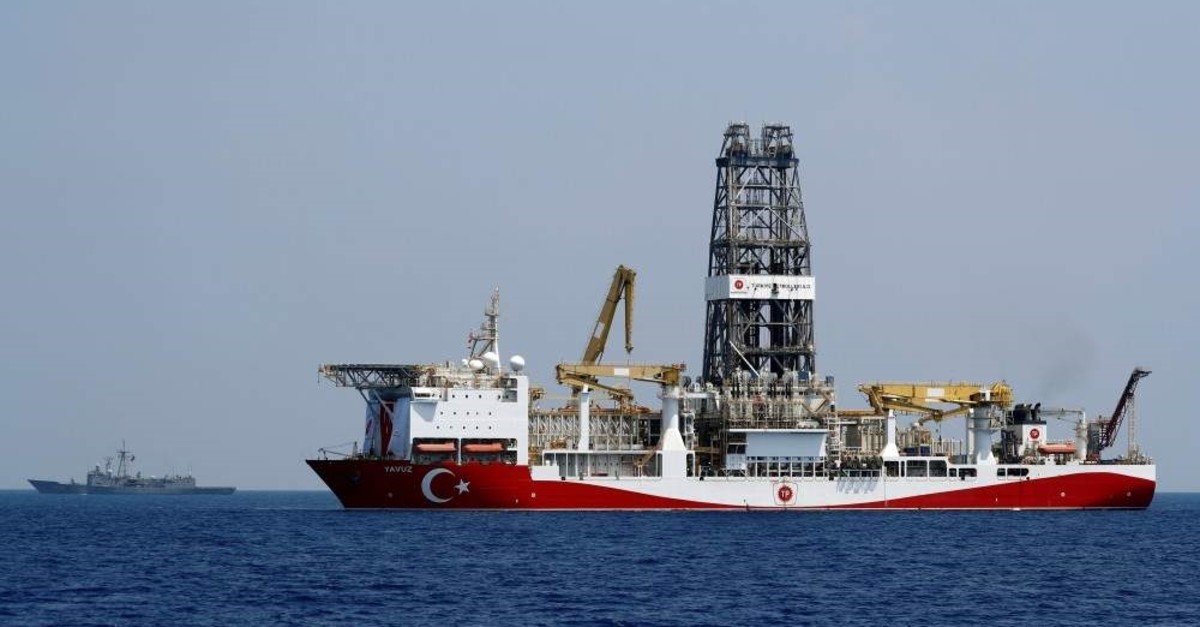 Drilling work will be expedited in the Thrace and southeastern Anatolia, while prospects of natural gas reserves in the Eastern Mediterranean where Turkey plans to drill another five wells in 2020 also look promising

Exploration and drilling activities both at home and in the Eastern Mediterranean will be accelerated, Turkey’s energy and natural resources minister said.

Comprehensive and long-term exploration and drilling activities in the Eastern Mediterranean will continue without compromising the legitimate rights in licensed areas allocated by the Turkish Republic of Northern Cyprus (TRNC) and Turkey to protect the interests of Turkish Cypriots, Fatih Dönmez said Friday in his speech at the Turkish Parliament's planning and budget committee meeting on the ministry's 2020 budget plans.

The country's deep-sea drilling has gained momentum through three-dimensional seismic data that has evaluated nearly 37,000 kilometers in the Eastern Mediterranean up until now, resulting in plans to drill another five wells with the vessels in 2020.

Dönmez pointed out that the Eastern Mediterranean basin has a significant natural gas reserve according to the reports of internationally-recognized institutions, and stressed that the exploration activities carried out by Turkey are based on the rights arising from international law.

“Meanwhile, we have gained the ability to conduct three-dimensional marine seismic data collection and drilling operations with independent and national means,” he added.

Dönmez gave an overview of the work undertaken by the ministry in the first nine months of 2019 and said that Turkey opened 117 oil exploration and production rigs and had drilled 250,000 meters in total.

The result of this was the concentration of exploration, drilling and production in regions of high hydrocarbon potential, which led to the discovery of nearly 3 billion cubic meters of natural gas in the Thrace region.

With this discovery, Dönmez explained that it will be possible to reach 300 million cubic meters of gas production per year to help meet the energy demand of nearly 300,000 households for the next 10 years.

Drilling works will be accelerated in southeastern Anatolia and natural gas reserves in the Eastern Mediterranean also look promising based on preliminary reports, he said.

Before his speech at the Turkish Parliament's planning and budget committee meeting, Dönmez told reporters that work is ongoing for an undersea electricity cable and natural gas pipeline between Turkey and the TRNC.

He noted that although work continues for the cable line and pipeline to meet the island's needs, the work schedule and completion data have not yet been set.

The shared vision for both of the projects was realized through an energy protocol signed during the World Energy Congress in Istanbul in 2016.

The minister also shared that the joint exploration program with Norwegian energy company Equinor and Canada's Valeura in the Thrace region is in progress, but official data on reserve volumes is still pending from the ministry.

He acknowledged a great deal of speculation abound on the size of the Thrace region's reserves, but advised the public seek out reliable and verifiable information sources through the ministry.

Dönmez also said that the opening ceremony for the Trans-Anatolian Natural Gas Pipeline's (TANAP) Europe link will be held on Saturday, Nov. 30.

He recalled that the TANAP project was officially launched in June 2018, and since then up to the end of October, nearly 3.18 billion cubic meters of gas has been transmitted to Turkey from Azerbaijan's Shah Deniz-2 oil field.

The 1,850-kilometer-long pipeline comprises the largest section of the 3,500 kilometers of the Southern Gas Corridor, which was inaugurated on May 29 in Baku.

"Works on the part of the project that will carry gas to Europe have been finalized. We will bring gas to European consumers through the TANAP Europe link whose opening ceremony will be held on Nov. 30," Dönmez explained.

The minister added that the Trans Adriatic Pipeline (TAP) project – the European leg of the Southern Gas Corridor – will become commercially operational in 2020 to start the transfer of 10 billion cubic meters of Azerbaijani gas to Europe.

Dönmez also elaborated on Turkey's plans for nuclear power plants. The country's first plant, the Akkuyu nuclear power plant in southern Turkey, is on schedule for realization with its first reactor due to come online in 2023, the same year as the 100th anniversary of the foundation of the Turkish Republic.

He also confirmed that Japan, the major partner for Turkey's second plant, the Sinop Nuclear Power Plant project in the country's north, has conducted feasibility studies. However, he clarified that the ministry found that the feasibility report concluded that the project was both too lengthy and expensive.

He noted that location surveys for the country's third plant are ongoing.