Putin to visit Turkey in January to launch TurkStream pipeline 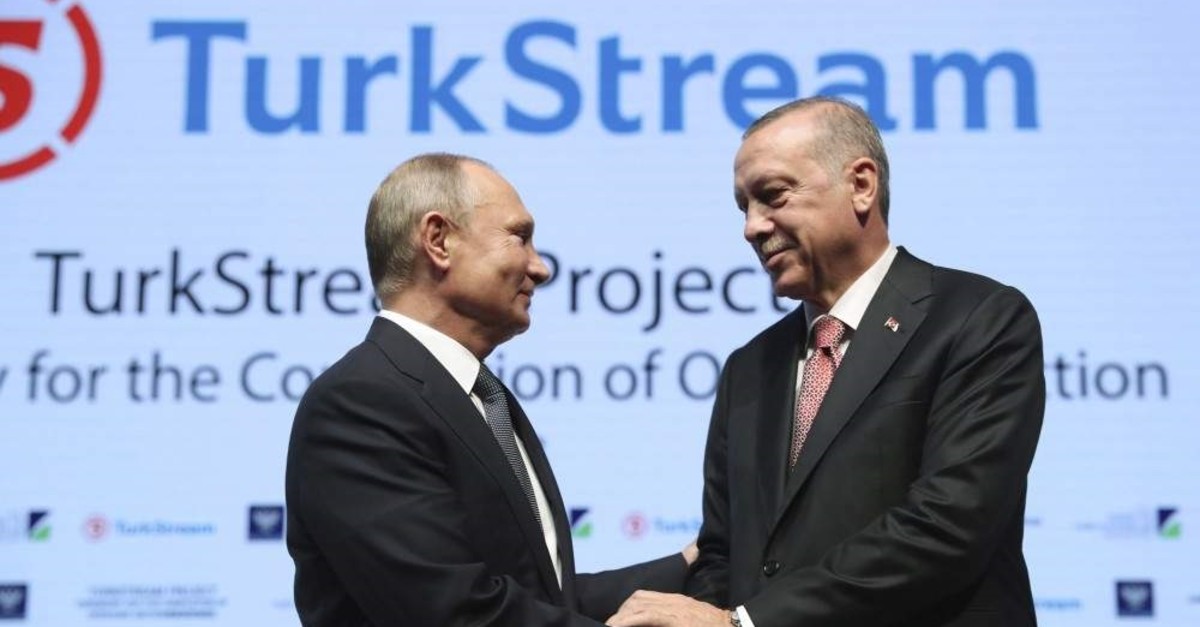 | DHA Photo
by Daily Sabah Dec 02, 2019 3:06 pm
Russian President Vladimir Putin will visit Turkey on Jan. 8 to participate in the launch of the Turkish Stream project, the Kremlin announced Monday.
“The main subject of this trip is the opening of the Turkish Stream and on this date (Jan. 8) the land section on the Turkish side of this important international project will be completed,” Putin’s spokesperson Dmitry Peskov said.
President Recep Tayyip Erdoğan and Putin will discuss Turkish-Russian relations, including major bilateral projects, he added. Peskov also said the meeting will likely take place in Istanbul.
Meanwhile, Ismail Safi, a member of the Turkish Presidency's Council of Security and Foreign Policies, said the two presidents will also hold talks on the current situation in Syria and the delivery of Russian-made S-400 missile defense systems.
With the completion of the receiving terminal in Turkey’s Kıyıköy later this month, TurkStream will be ready to commence operations.
TurkStream's first line is intended for gas supplies to the Turkish market, while the second will supply gas to south and southeastern Europe. The second line is expected to go from Turkey through Bulgaria, then to Serbia, Hungary, and Slovakia. TurkStream will have the capacity to transit 31.5 billion cubic meters of gas per year, which is equal to the energy demand of 15 million homes.
Last Update: Dec 20, 2019 2:05 am
RELATED TOPICS