Turkey, US to negotiate LNG trade in early 2020 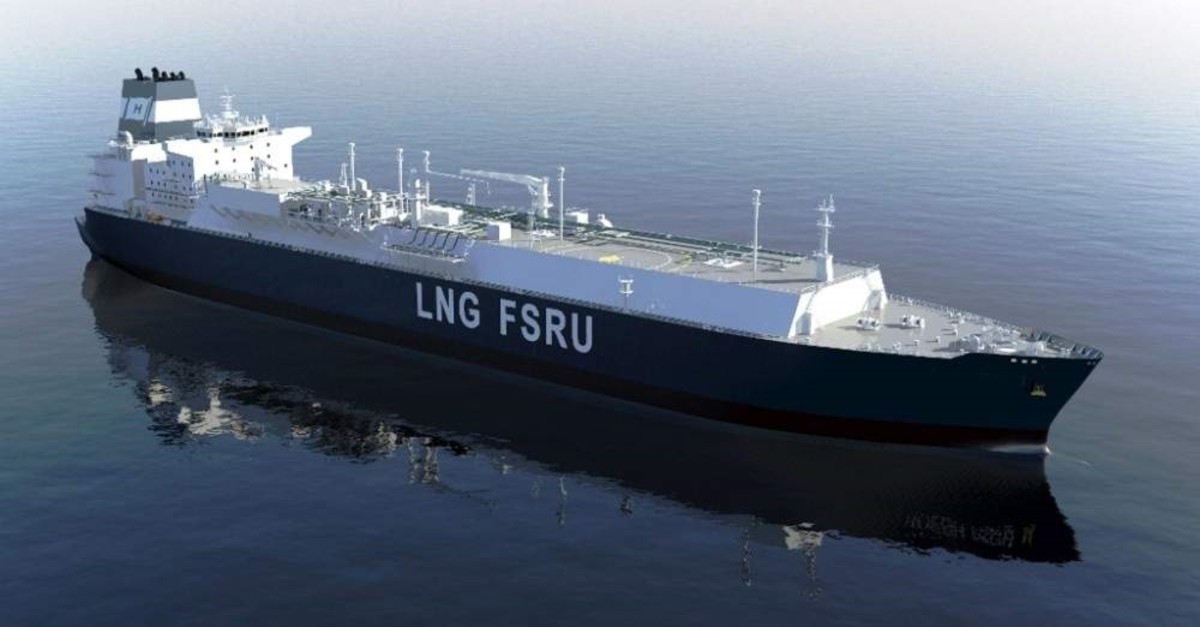 Turkey and the U.S. continue to maintain efforts to reach the $100 billion target in bilateral trade volume over the next decade – a goal set and reiterated by President Recep Tayyip Erdoğan and U.S. President Donald Trump.

Energy trade, particularly liquefied natural gas, is regarded as a vital segment of the trade goal for the two countries. To that end, Turkey and the U.S. are preparing to increase the liquefied natural gas (LNG) trade and therefore plan to hold meetings at the beginning of next year, Defne Sadiklar Arslan, director of the U.S.-based think tank Atlantic Council in Turkey, told Anadolu Agency (AA) on Friday.

The Trump administration is pursuing a policy of increasing U.S. exports, part of which includes LNG, that would allow Turkey to benefit from price advantages provided, she said.

She noted that LNG could offer leverage for Turkey’s new gas agreements given that its long-term gas contracts covering a volume of 15 billion cubic meters (bcm) will expire in 2021.

Since the U.S. started exporting domestically produced LNG in February 2016, Turkey has become the second-biggest LNG importer from the U.S. in Europe and Central Asia, after Spain, based on data from the U.S. Department of Energy's LNG monthly report in August 2019.

Turkey also feeds its gas system through LNG imports from Algeria and Qatar.

Turkey imported 884 million cubic meters (mcm) of LNG from the U.S. in the same period, greatly surpassing that of the previous year's 191 mcm, marking a 363% boost. But no LNG cargo came to Turkey between July and September, according to the EMRA.

She acknowledged that Turkey has already made several new investments to increase LNG capacity, gas storage and pipeline projects, like the newly completed Trans-Anatolian Natural Gas Pipeline (TANAP) that is set to offer great advantages for Turkey.

Erdoğan and Azerbaijani President İlham Aliyev inaugurated the Europe link of TANAP on Saturday at a ceremony held in the northwestern Turkish province of Edirne, near the border with Greece.

A total of 16 bcm of gas will be delivered through the project, out of which TANAP will deliver 6 bcm to Turkey while transferring 10 bcm via the Trans Adriatic Pipeline on the Turkey-Greece border. The delivery capacity of TANAP is projected to expand to 24-31 bcm over time.

"If a private company in Turkey is able to partner with a U.S. LNG producer for investments inside Turkey, it might make sense for the U.S. party to export LNG to Turkey at a lower price," he said.

Currently, this is not possible, as the Turkish government does not allow such a partnership; however, Bryza suggested that through a bilateral trade pact with the U.S. that would involve the relaxation of restrictions, such gas-to-power investments would be feasible, allowing significant increases in U.S. LNG exports to Turkey.

He noted the great deal of LNG activity in both countries, with the Turkish government substantially expanding Turkey's LNG import capacity to cover approximately 25% of the demand, while private U.S. companies are significantly increasing their capacity to export LNG. Turkey's current LNG storage capacity is 118 mcm per day.

According to Bryza, U.S. LNG exports to Turkey would generally make commercial sense for Turkey’s domestic consumption but suggested “from a strategic perspective, it might make sense for Ukraine to obtain natural gas via reverse flow in a swap arrangement involving U.S. LNG imported into Turkey."

He said Russia’s Gazprom would stop using this pipeline once the TurkStream pipeline begins operation. He asserted that there is significant interest in the possibility of reverse flows from this route, although there is strong opposition from Russia against this reverse flow project that is destined to be beset with legal and political hurdles.