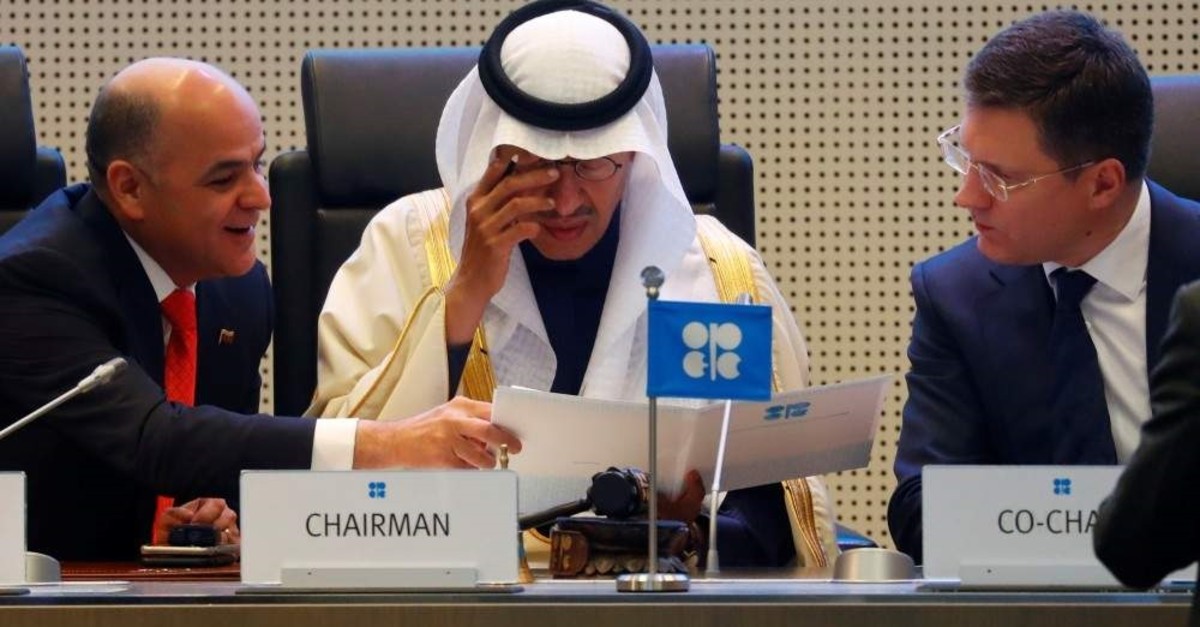 OPEC, currently chaired by Saudi Arabia, made a surprise decision to cut oil production by 500,000 barrels per day, bringing a sigh of relief to Russia, which will no longer include condensate production in crude oil output, while questions around compliance with quotas remain

Saudi Arabia shook the oil world by making a voluntary production cut, although Russia came out the winner in the latest Organization of the Petroleum Exporting Countries (OPEC) deal that ensures both the OPEC and ally countries comply with their production quotas.

The OPEC's Saudi-led 14 members along with 10 members of the Russia-spearheaded non-OPEC held three meetings on Thursday and Friday in Vienna, Austria.

The two-day rally kicked off at 10 a.m. GMT on Thursday, with the 17th meeting of the Joint Ministerial Monitoring Conference (JMMC), which has been responsible for monitoring both the OPEC and non-OPEC members' oil production and adherence to output quotas.

After the meeting, Russian Energy Minister Alexander Novak said the JMMC advised the OPEC and its allies to lower their collective production by an additional 500,000 barrels per day (bpd) on top of their current total reduction of 1.2 million bpd until the end of March 2020.

Later on Thursday, the much-anticipated seventh OPEC and non-OPEC ministerial meeting started. However, the customary media scrum, which allowed journalists to ask questions to OPEC ministers after the opening speeches, was canceled upon Saudi Arabia's request.

As ministers left one by one, it was only Saudi Energy Minister Prince Abdulaziz bin Salman who made the effort to address the gathered media, although his answers did not exceed a few words.

"We can't say we have an agreement until we meet with our colleagues in the non-OPEC," Salman said, referring to the next day's meeting. However, he responded in the affirmative to the question of whether there is an agreement among OPEC members. "Of course," he replied.

Compliance with quotas was the hottest topic in the meeting, as well as whether an additional 500,000 bpd cut would be adequate to remove some of the oversupply in the market to rebalance oil prices.

The second and final day of the gathering started Friday with the seventh OPEC and non-OPEC ministerial meeting, as Salman, in a surprise move speaking in English, tried to assure the oil market over price volatility.

"The market would have to trust us, the analysts would have to believe us, without which we cannot deliver what we want to achieve," he said.

After approximately three hours, Salman and Novak took to the podium in the newsroom as the Russian energy minister said OPEC and its allies, known as OPEC+, would lower their current output by an additional 500,000 bpd, with Russia undertaking around 70,000 bpd of this, and raising its output cut from 228,000 to 300,000 bpd.

That was a big score for Russia, whose increasing condensate oil production from natural gas wells has become a topic of controversy in recent months.

The country, which needs greater output of gas in the winter season, missed its oil production reduction target within the current OPEC deal both in September and November.

As part of the additional 500,000 bpd production curb, Saudi Arabia said it would participate by lowering its output by 167,000 bpd.

Then, Salman stole the show by announcing that the kingdom would make a voluntary production cut through lowering its oil output by an additional 400,000 bpd.

"We call it voluntary because we know the limitations of some of our friends and colleagues," he said.

It may seem like Saudi Arabia provided help for fellow OPEC members through its voluntary cut but rather it gained significant leverage.

The kingdom can now adjust the level of its voluntary cut without asking any fellow members and use it as a carrot and stick while ensuring the kingdom has greater influence over other OPEC members.

Right now, the voluntary cut works in favor of all OPEC countries. However, if one or more OPEC members do not adhere to their respective quotas, the Saudis can breach the voluntary cut temporarily to pump higher oil volumes and let crude prices fall to hurt those countries' economies.

While the OPEC has been criticized over the last three years for losing its influence in the oil market, the voluntary cut also cements Saudi Arabia's position as a swing producer in the global oil market.

As seen in the drone attacks against the kingdom in September, a few days of supply cuts from the kingdom could push oil prices up more than 5%. Saudi Arabia has turned a negative event into a positive and can now increase or decrease the level of its voluntary cut to adjust oil prices to some degree.

As Salman recalled Friday, Saudi Arabia has helped the oil market in the past – when oil prices were too high, it increased its output to lower prices, and when prices were too low, it took most of the burden of a production cut to increase prices.

MORE FREQUENT MEETINGS
Saudi Arabia also made sure that the OPEC and its allies would meet more frequently to monitor oil market conditions, supply, demand and prices.

The next meeting at the beginning of March will also help the kingdom closely monitor the compliance level of fellow OPEC members and non-OPEC producers.

The 178th (Extraordinary) Meeting of the OPEC Conference will be held in Vienna on March 5, followed by the eighth OPEC and non-OPEC ministerial meeting on March 6.

Until then, the most important question will be how much the additional collective 500,000 bpd cut and Saudi's 400,000 output curb will help the glut of supply in the global oil market to push prices higher.

The next question for Saudi Arabia is whether OPEC members will adhere to their new production quotas, or if Riyadh will need to find new ways to make them.