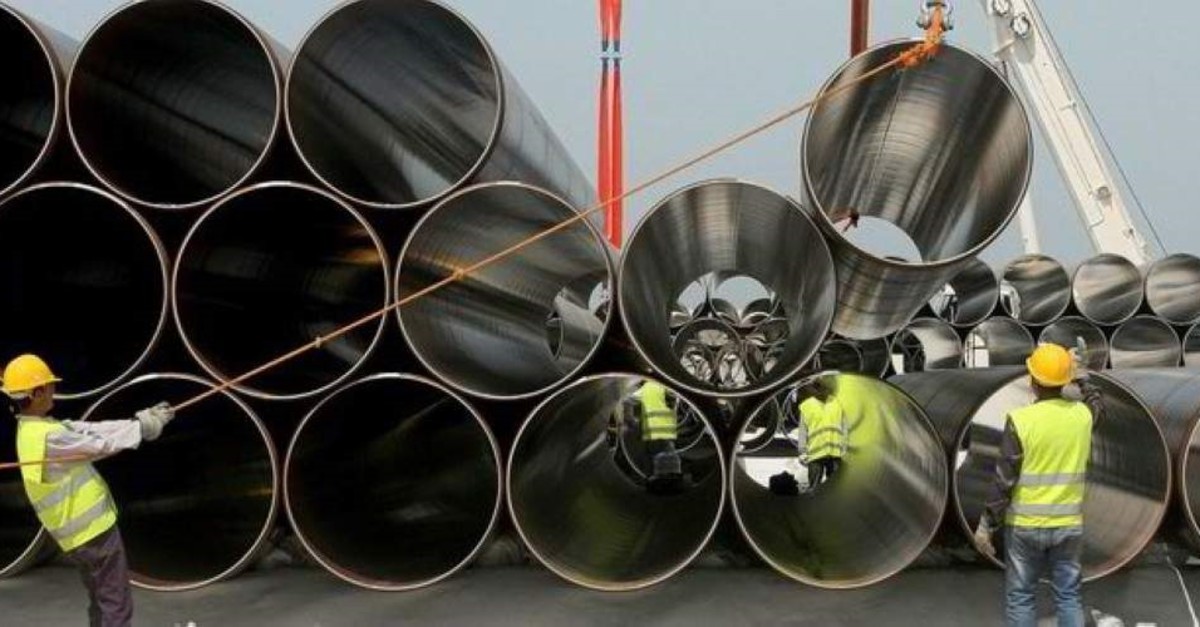 Over 90% of the Trans Adriatic Pipeline (TAP), the European leg of the Southern Gas Corridor (SGC), is completed and will start delivering Azerbaijani gas to Europe by October 2020, a senior official said.

Vugar Veysalov, the head of external affairs of TAP, said that the 4.5 billion-euro ($5.1 billion) project's pipe-laying had been 99% completed in Greece, Albania, at the Adriatic Sea and Italy, the main route of TAP.

The Southern Gas Corridor carries Azerbaijani gas produced in the Shah Deniz field and other fields south of the Caspian Sea to European markets.

“The project is moving forward in accordance with our timetable. TAP will carry 10 billion cubic meters (bcm) of gas from TANAP to Europe markets once it becomes operational,” Veysalov said.

The Trans Anatolian Natural Gas Pipeline Project (TANAP), the Turkey leg of the SGC, was inaugurated by President Recep Tayyip Erdoğan and Azerbaijani President İlham Aliyev in June 2018 and started pumping gas to the Turkish network at the end of that month. The ceremony for TANAP's connection to the European section TAP was held on Nov. 30 in the Turkey's Edirne near Greek border with the participation of Erdoğan, Aliyev and other dignitaries from regional countries.
TANAP runs from the Turkish border with Georgia, crosses 20 Turkish provinces and ends at the Greek border in Edirne in Thrace. It has an annual capacity of 16 bcm, of which 6 bcm will be delivered to Turkey while the remaining 10 bcm is destined for European markets via TAP.

The SGC is a major component of the European Union energy policy. TAP's role in realizing that vision will not only provide economic benefits. It will also ensure that one of the continent's vital energy routes remains viable for decades to come.