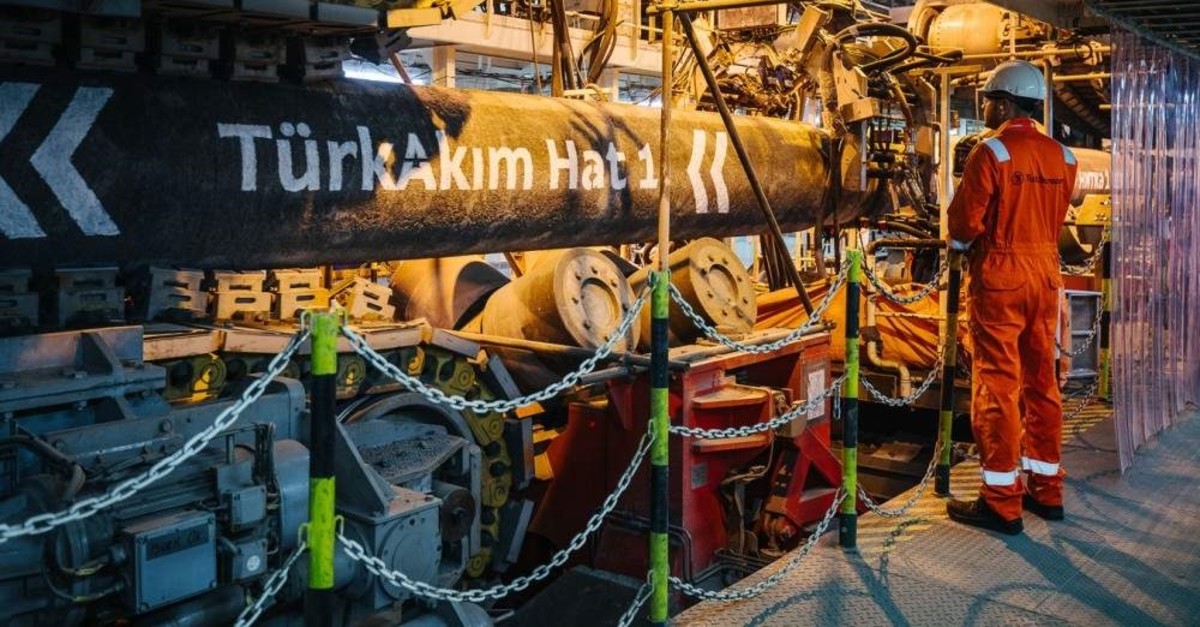 The countdown for the official launch of the TurkStream Pipeline has begun with just weeks left for the inauguration ceremony on Jan. 8, 2020.
Final preparations are currently being made ahead of the launching ceremony, to be attended by the presidents of Turkey and Russia.

TurkStream spokeswoman Aslı Esen said yesterday they would be ready to start the gas flow by the year-end, on schedule with the original project timeline.

Set to deliver natural gas from Russia to Turkey and Europe, the TurkStream project starts from Anapa in Russia and crosses the Black Sea to the Turkish town of Kıyıköy.

Esen told Anadolu Agency (AA) that the landfall facilities in Russia and the offshore lines are fully complete.

“We have passed the 99% completion threshold at the Kıyıköy receiving terminal and have started the commissioning process, which means that the project is being transitioned from construction to operation. Anapa, offshore and Kıyıköy sections are all connected and being filled with gas as we speak,” she said.

The project has made rapid progress since the signing of the intergovernmental agreement between Russia and Turkey in October 2018, she said.

“TurkStream, in fact, is a very challenging project from a technological perspective. Two offshore pipelines, a total of 1,870 kilometers in length, were laid at depths reaching 2,200 meters, making TurkStream the biggest undersea pipeline laid at this depth,” she added.

Esen went on to say that the fast and safe implementation of such a difficult project was possible owing to the expertise of more than 6,000 employees and contractors worldwide. “Obviously the technology brought along by the Pioneering Spirit, the world’s biggest construction vessel, also played its part,” she said.

The offshore construction involved the welding of 153,000 pipe joints, each with a wall thickness of 39 millimeters, a diameter of 81.3 centimeters and a length of 12.2 meters.

“The total supply capacity of the two lines of TurkStream is 31.5 billion cubic meters, corresponding to the annual energy demand of 15 million homes. We carried out this massive project with the highest environmental and social sensitivity and responsibility, carrying out impact mitigation, compensation and community investment programs in both Russia and Turkey,” Esen said.

Turkey will receive 15.75 billion cubic meters of the gas, while the remainder will go to southeastern Europe. The second line is expected to go from Turkey through Bulgaria, then on to Serbia, Hungary and Slovakia. With the first segment of the pipeline completed, negotiations over the next segment are ongoing in Europe. The second section is expected to be completed in 2020.

Two onshore lines will carry gas from the receiving terminal inward. The first, which will connect to Turkey’s existing gas grid, is built by Turkey's state-owned oil and gas trading company, Petroleum Pipeline Corporation (BOTAŞ), and the second, which will stretch to the Turkish-European border in the Thrace region, will be operated by a Gazprom-BOTAŞ joint venture.