Photovoltaic panels to be locally manufactured in Ankara plant 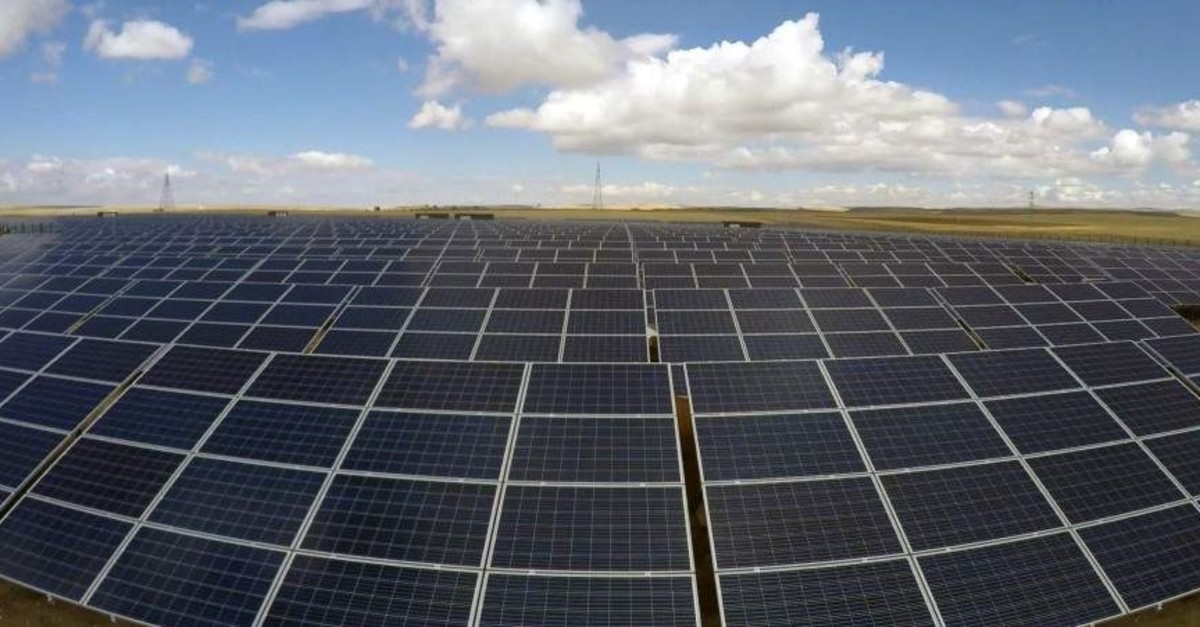 Kalyon Holding's new factory in Ankara will begin manufacturing integrated photovoltaic panels on April 30, 2020.
by Daily Sabah with AA Dec 13, 2019 9:45 pm
Kalyon Solar Technology Production began operations on Thursday for the domestic manufacturing of photovoltaic panels at a facility founded in Ankara’s organized industrial zone (OIZ) with an investment of $400 million. The integrated solar power photovoltaic panel production plant will manufacture solar panels with a capacity of 500 megawatts per year.
The panels will be used in Kalyon’s 1,000-megawatt (MW) solar power plant in the Karapınar district of the central Anatolian province of Konya – Turkey’s first large-scale Renewable Energy Areas (YEKA) project.
At the inauguration ceremony, Kalyon Holding board member Haluk Kalyoncu stressed that the factory that will employ 1,300 people and will be the first integrated photovoltaic solar panel manufacturing plant in Turkey and the Middle East.
Turkey has reached 6,000 MW in installed solar power, Kalyoncu noted and the aim is to hit 10,000 MW in the next decade. “The clean energy generation precludes the emission of 5,000 grams of fossil carbon for every kilowatt-hour (kWh). A 1,000 MW renewable energy plant prevents 1.5 million tons of carbon emissions,” Kalyoncu said.
Kalyon Solar Technology Production General Manager Ahmet Taşkın also stated that the factory will launch the production of the first integrated panel on April 30, 2020.
The company will cooperate with the China Electronic Technology Cooperation (CETC), one of the largest technology firms in the Far Eastern country. “Some of the equipment that we will use at the plant will be manufactured in China and other parts will be produced in Japan and Europe,” Taşkın said.
Turkey has around 30 solar panel manufacturers, he noted and stressed that the integrated plant in Ankara will manufacture ingots, cells and modules.
When the plant is fully operational, it is expected to cut $300 million from Turkey’s energy import bill.
Late Friday, Kalyon Holding board member Kalyoncu stressed that the small-scale YEKA tenders that will be held in 39 Turkish provinces this year will be a sigh of relief for the domestic energy sector.
In a statement to Anadolu Agency (AA) on Friday, Kalyoncu highlighted that the solar power sector will mobilize renewable investments this year and the new small-scale YEKA projects will ensure the distribution of solar power across Turkey. “Small and medium-sized enterprises will also be able to invest in these projects, fueling investment mobilization in Turkey’s renewable sector,” he said.
The Energy and Natural Resources Ministry is expected to announce the tender areas and dates for mini-scale solar YEKA projects by the end of this month. A total of 100 projects – each with a capacity of 10 MW – have been planned for 39 Turkish provinces.
Last Update: Dec 20, 2019 2:22 am
RELATED TOPICS