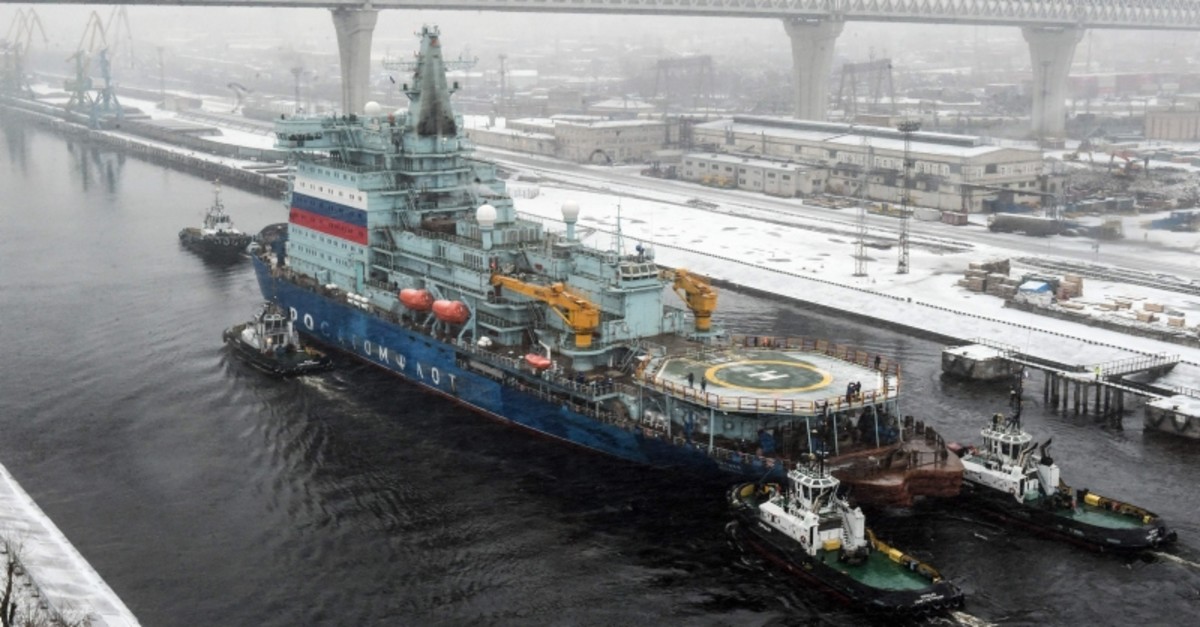 Russia's nuclear-powered icebreaker Arktika – touted as the strongest of its kind and a symbol of Moscow's ambition to tap the Arctic's commercial potential – returned to Saint Petersburg on Saturday after a two-day test run. Destined to transport liquified natural gas from the Arctic, the giant vessel covers a length of 173 metres (570 feet) long and is 15 metres high.

The run served to test the vessel's functioning and manoeuvrability, said Mustafa Kashka, general director of Atomflot, the company which runs Russia's icebreaking fleet. The nuclear-propelled ship, however, used diesel on its maiden voyage. According to the manufacturers behind this titan, the ship can cut through 2.8 metres of ice.

Inaugurated in 2016, it is part of a planned fleet aimed at significantly boosting freight traffic along Russia's Arctic coast which links the Pacific and Atlantic Oceans all year long. The Arctic holds huge oil and gas reserves that are being eyed by Russia and other countries including the United States, Canada and Norway.

The plan will also make it easier for Russia to deliver hydrocarbons to South East Asia. The final tests for Arktika are scheduled for March and April and it is set to start sailing in May. Two similar vessels – the Ural and the Sibir – are currently under construction.

The economic development of the Arctic is one of the key goals of President Vladimir Putin.