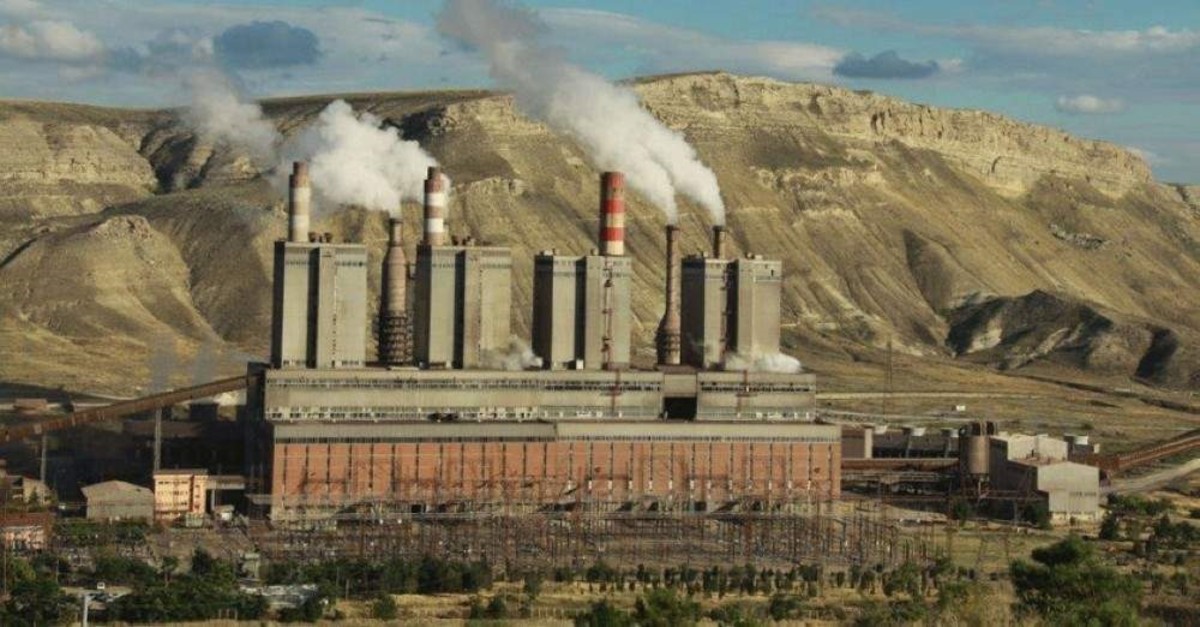 A thermal power plant in Ankara.
by Daily Sabah Dec 16, 2019 6:55 pm
The government is continuing negotiations with the owners of 13 of the country's thermal power plants, having failed to comply with the requirement to install a cleaning filter to prevent the release of hazardous gas. If adequate measures to ensure environmental protections are not in place, the government is said to close the plants down on Jan. 1.
Energy and Natural Resources Minister Fatih Dönmez met with energy operators last week, while Environment and Urbanization Minister Murat Kurum is scheduled to meet the operators tomorrow, according to the report of the Turkish daily Habertürk.
During the critical meeting, the environment and urbanization minister is expected to notify the companies of the four to six thermal plants set to become inoperational by the new year. Meanwhile, plants that have installed the filters necessary for preventing the release of harmful gases will be granted temporary operating licenses. While some of these plants have begun the application process, the rest continue preparations for filter installments. In agreement with the Environment and Urbanization Ministry, thermal plants are required to invest in environmental-friendly equipment and will keep generating electricity until they finalize all the necessary requirements.
Of the plants targeted for closure, two are located in Kütahya, the others in Sivas, Manisa and Kahramanmaraş. Another plant in the Black Sea region also faces the possibility of termination due to a lack of cleaning filter. The other thermal plants are located in the Aegean province of Muğla, Ankara, Bursa and Zonguldak.
President Recep Tayyip Erdoğan recently vetoed a law that would have delayed the installation of filters on thermal power plants in response to environmental concerns.
Turkey’s generation of electricity recorded a 2.2% rise in 2018 compared to the previous year, reaching 303.9 billion kilowatt-hours (kWh). Last year, coal – which was still the main source of electricity generation – accounted for 37.3% of the total production. In the first half of this year, Turkey's total power production came to 90,421 MW, only 22.4% of which was derived from coal.
Thirteen thermal plants that have been under the spotlight over their failure to comply with environmental regulations. The companies, operating under privatization agreements, include Bereket Enerji, IC İÇtaş-Limak Consortium, Ciner Group, Çelikler Holding and Konya Şeker.
Last Update: Dec 20, 2019 2:27 am
RELATED TOPICS